Zach Brown to the Raiders makes a lot of sense 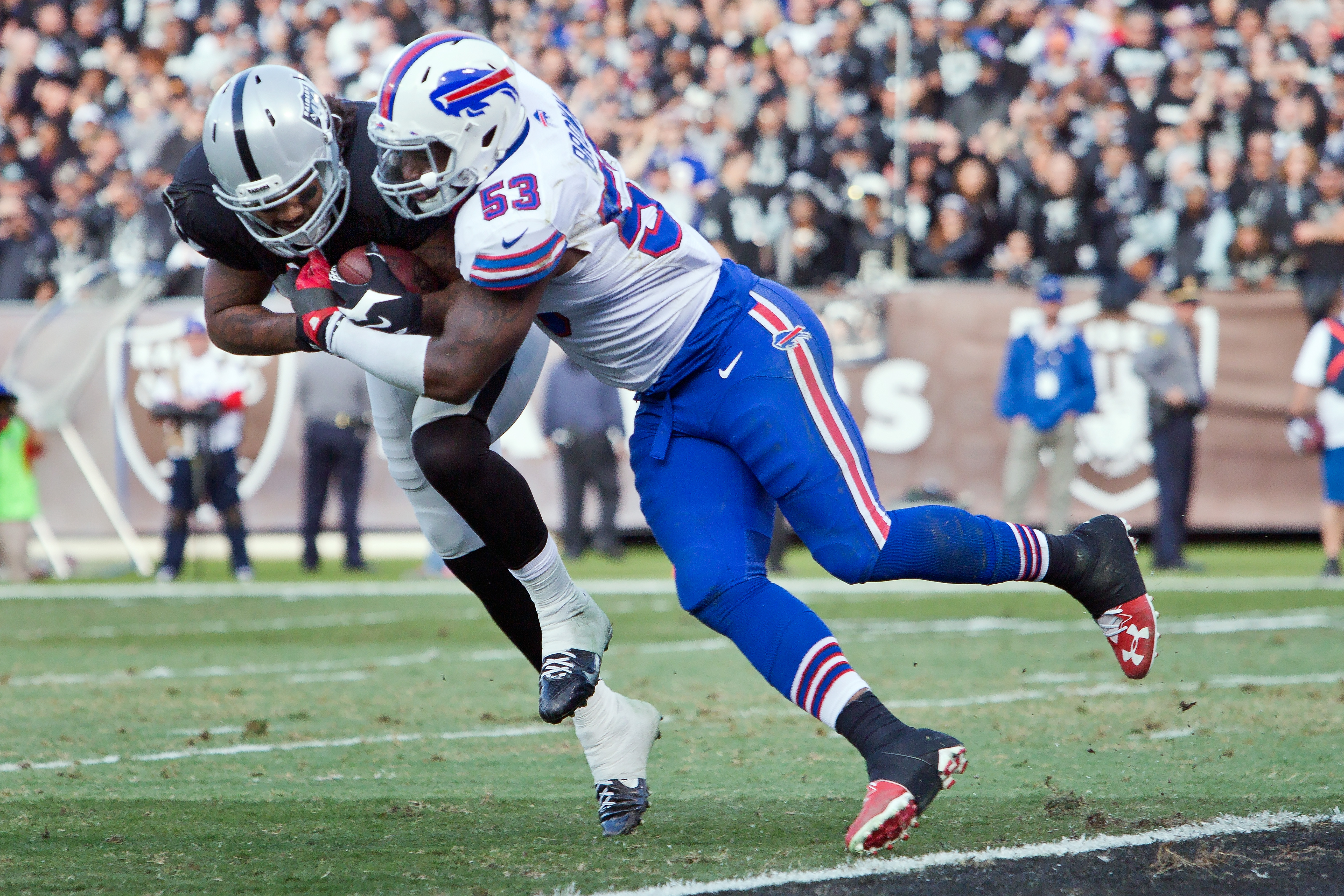 Zach Brown to the Raiders makes a lot of sense

The Oakland Raiders are bringing in Zach Brown for a visit this week, and he looks like a perfect fit in their defense.

The 27-year-old linebacker is an unrestricted free agent after completing a one-year stint with the Buffalo Bills last season during which he racked up a career-high 149 tackles, four sacks, two forced fumbles and one interception.

Brown was named to the Pro Bowl in 2016 for the first time in his career and would be an upgrade over what the Raiders had last year in Perry Riley Jr., who is also an unrestricted free agent.

Even Bruce Irvin, the team’s strongside linebacker, is trying to recruit Brown to the Raiders on social media:

Brown played in a 3-4 scheme with the Bills last year but has the skill set to play middle linebacker in Oakland’s 4-3 alignment. He earned an above-average grade in coverage and graded well against the run this past season, per Pro Football Focus.

If Raiders GM Reggie McKenzie can convince Brown to stay in Oakland, it will be yet another positive signing by the former Executive of the Year.