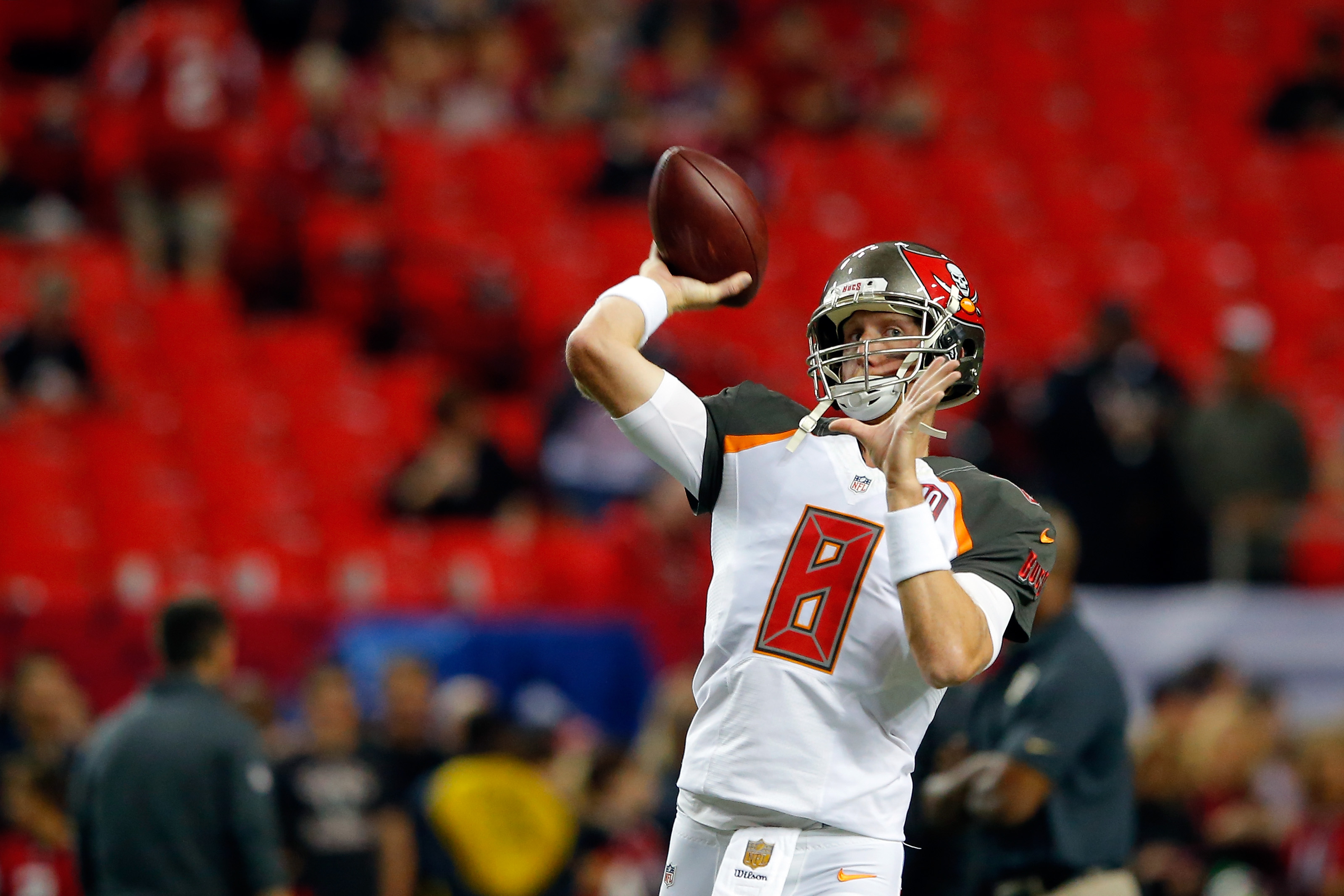 NFL players can’t be blamed for getting every dollar that they can considering how their careers can end in the blink of an eye.

NFL general managers, however, can be blamed for overpaying players. The following players will benefit financially from mistakes their teams made.

(Spotrac was used for contract information.)

The Redskins’ inability to make up their mind on Kirk Cousins is costing them a lot of money.

Cousins signed his franchise tender and will count $23.9 million against the salary cap next season. In this case, the franchise tag is appropriately named. Cousins has shown that he can be a franchise quarterback. The Redskins could do a lot worse than Cousins, but there also are better quarterbacks out there, and only three players in the NFL are taking up more cap space than Cousins.

One of those players is Tony Romo, which means Joe Flacco and Carson Palmer will be the only two players in 2017 who represent bigger cap hits than Cousins. The Redskins basically will be paying Cousins the same that the Falcons are paying league MVP Matt Ryan next season.

Ryan got the Falcons to the Super Bowl. Cousins lost his only playoff game and couldn’t get the Redskins past the Giants in a Week 17 game that was a must-win for the Redskins and meant nothing to the Giants.

Then again, Ryan was labeled as someone who couldn’t win the big one before last season.

No team has wasted more money in free agency this year than the Bears.

The problem is, Glennon is not a proven starter in the NFL. He’s 5-13 in his 18 starts and has averaged 6.5 yards per attempt in his career. He lost his starting job to Josh McCown in 2014 and has attempted just 11 passes since the Buccaneers drafted Jameis Winston in 2015.

This contract signals that the Bears are going to pass on this year’s quarterback draft class, but it’s a safe bet they’ll be drafting one in an early round during Glennon’s contract.

The Bears signed Markus Wheaton to a two-year, $11 million contract with $6 million guaranteed. That’s basically the same contract Brandon Marshall signed with the Giants except Marshall is only guaranteed $5 million.

Wheaton is no Marshall. All he has on him is the fact that he’s seven years younger.

That doesn’t make up for the gap in every other department.

Wheaton was limited to three games in 2016 because of shoulder injuries. In his first game of the season, he dropped a touchdown pass on the Steelers’ first possession at Philadelphia in Week 3. The Steelers lost that game 34-3.

The Steelers chose Wheaton in the third round of the 2013 draft. He has 107 career catches in four seasons. Marshall caught two more than that two years ago.

If Wheaton’s contract seems like a waste of money, it’s thrifty compared to what Dion Sims is getting.

Sims is coming off a career year. Unfortunately, 26 catches for 256 yards and four touchdowns is a “career” year for him. He has 74 career receptions since the Dolphins drafted him in the fourth round in 2013, and it’s not like he’s going to earn all that money blocking. According to Pro Football Focus Sims allowed two sacks, four hits and three hurries last season.

They’re blowing their money in the Windy City.

It’s hard to believe Robert Woods will be only 25 next season. It seems he’s been around a little longer. Another surprise in his bio is that he was drafted in the second round by the Bills in 2013. That seems a little high considering his mediocre career.

Woods’ age could be a reason he was signed for five years. The deal is for $34 million over that time frame, with $15 million guaranteed. That figure, along with his $6.8 million average annual salary, is more than both Terrelle Pryor and Brandon Marshall. Both of those receivers have had better seasons than Woods’ best season. That came in 2014 when Woods caught 65 passes for 699 yards and five touchdowns.

The highest cap figure during Woods’ contract will be a reasonable $8 million. Still, he’s no bargain and the Rams are making a big commitment to a receiver who hasn’t proven much.

Protecting Cam Newton is becoming a family business, but this isn’t a good business move for the Panthers.

Kalil played in just two games last season because of a hip injury that required surgery. Throwing an average of $11.1 million at him is a risky move. The cap hit will be reasonable in the first two years of the contract, but in 2019 Kalil’s contract will count $15.75 million against the cap and in 2020 that number will rise to $16.25 million. Kalil will need to regain his Pro Bowl form to be worth that much.

Left tackles are at such a premium that even ones coming off disappointing seasons are making big money.

Russell Okung’s average annual salary of $13.25 million is the highest among the offensive linemen who have been signed in free agency. The Chargers inked the 29-year-old to a four-year, $53 million contract.

Okung is another left tackle who hasn’t made a Pro Bowl since 2012. He joined the Broncos last year after six years with the Seahawks and played a full 16-game season for the first time in his career. However, Broncos quarterbacks were sacked 40 times and according to Pro Football Focus, Okung has been a better run blocker than pass blocker since that Pro Bowl season.

That’s not a good sign for a blind-side protector.

Riley Reiff spent the first four years of his career at left tackle for the Lions, but rookie Taylor Decker took over last season and Reiff moved over to right tackle.

The Lions apparently were biding their time until they found someone who they thought was a more natural left tackle. The Vikings, however, are paying Reiff left tackle money with $58.75 million over five years. If Reiff does play left tackle, he’d be the eighth highest-paid player at the position in 2017 with an average salary of $11.75 million.

The Vikings also are paying former Panther Mike Remmers $6 million a year and he’s penciled in at right tackle. After allowing 38 sacks and running for a league-worst 3.2 yards per carry last season, the Vikings are throwing a lot of money around to fix their offensive line.

Somehow, the Seahawks managed to turn a one-year “prove it” deal into a gamble.

The Jaguars made Luke Joeckel the second overall pick in the 2013 draft. He flunked out of the left tackle job last season and moved to left guard, where he appeared in four games before a season-ending knee injury.

The Seahawks signed Joeckel to a one-year, $8 million contract with $7 million guaranteed. Not only is Joeckel damaged goods, but the product was low-quality to begin with.

Russell Wilson was sacked 41 times last season, including six times each in a loss at Tampa Bay and a home loss to Arizona, and the Seahawks ran for just 3.9 yards per carry last season.

The Seahawks got what they paid for. Seven of their offensive linemen occupy a total of $7.3 million against the salary cap. Joeckel will count $7.25 million. The team needs to spend more on its offensive line, but a draft bust isn’t a good place to start.

The Saints are betting that A.J. Klein would have been a starter in the first four years of his career if anyone other than Luke Kuechly were ahead of him on the depth chart.

The 25-year-old Klein signed a four-year, $24 million deal. His average salary of $6 million is the same as fellow inside linebacker Lawrence Timmons. Klein has one interception and four sacks in his four-year career while Timmons has 12 interceptions and 35.5 sacks over 10 years and could be the missing piece that makes the Dolphins a Super Bowl contender.

Meanwhile, Klein is just one of many missing pieces the Saints’ 27th-ranked defense needs. He’s never played more than 32.71 percent of the Panthers’ defensive snaps in a season and he’ll be competing for snaps with newly-signed Manti Te’o. Klein is getting paid a lot for someone not guaranteed a starting job.