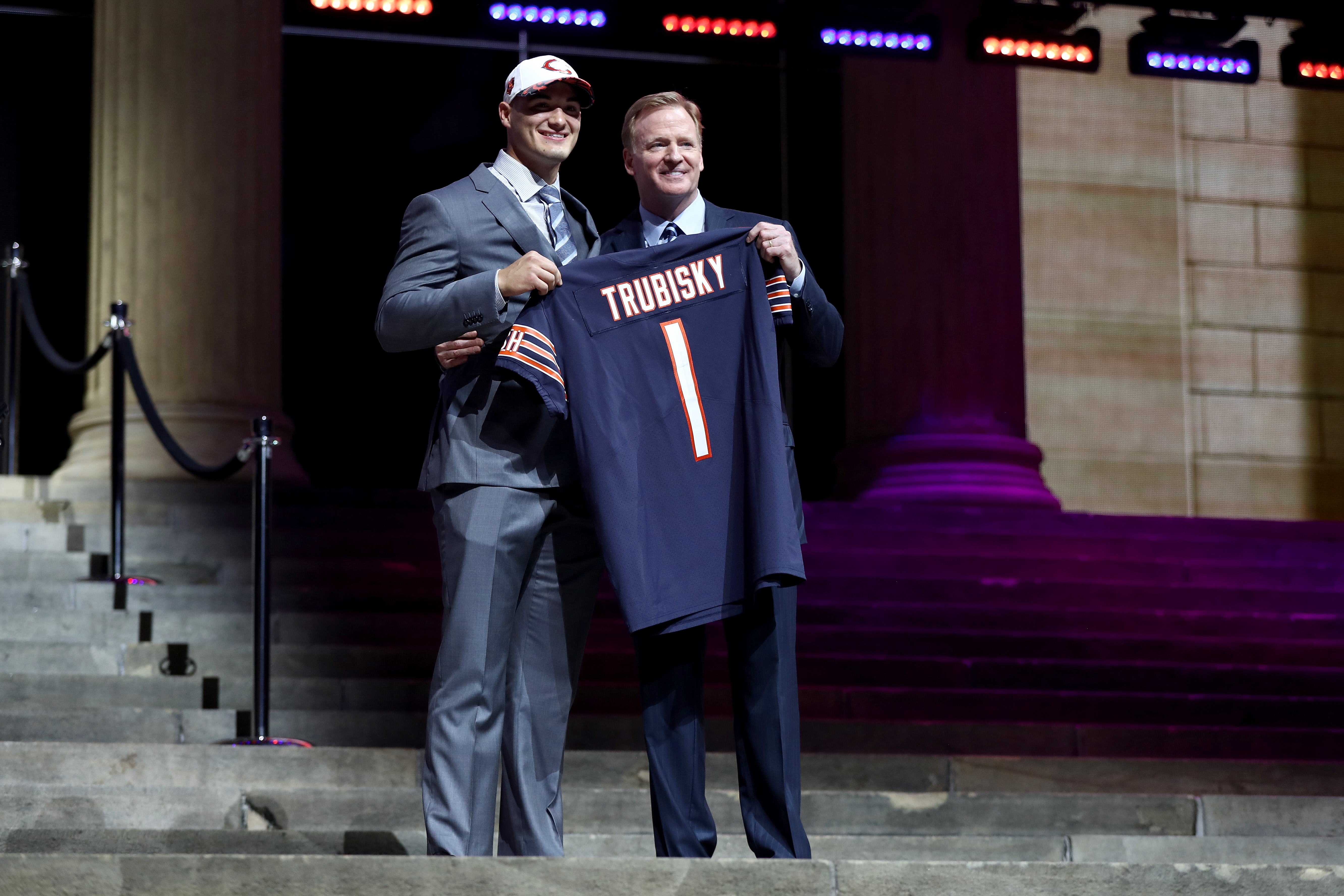 For the first time since 1961, the NFL draft returned to its original home of Philadelphia. The backdrop built on the steps of the Philadelphia Art Museum, which has become a quite famous thanks to the “Rocky” film franchise, was the perfect setting for the best collegiate players about to realize their ultimate dream.

This draft class was deep, and filled with talented young players both on defense and offense as teams clawed and scratched their way to the top of rounds to get their hands on the drafts top-tier players.

Some teams seemed more desperate than others, and boy did we see some wild, unexpected moves. Just in case you missed it, I’ve taken the liberty of giving you an in-depth look at the top wow moments from the three-day event.

Browns Own the Draft

Yes, you read that correctly. The abomination that is the Cleveland Browns franchise, drafted in the best crop of players. Now, some may say it happened by default because they had the top pick. While that may be true, let’s be honest, the fact that they came into the draft with two picks in the first round, and came a way with three is quite the feat.

Of course they took consensus number one pick, Myles Garrett of Texas A&M, who has been compared to the likes of Robert Mathis.  The Browns then traded the twelfth pick to the Texans in exchange for the 25th pick, and selected Michigan safety Jabrill Peppers.

Here is the interesting part; the Browns watched three quarterbacks get drafted while they waited for that 25th pick to arrive. Mitch Trubisky went second to the Chicago Bears, Patrick Mahomes was selected 10th by the Chiefs, Houston used their pick from the Browns to grab Deshaun Watson. Friendly reminder: they swapped picks last year with Philadelphia and the Eagles selected Carson Wentz.

Now the Browns may believe that none of the quarterbacks selected will be long-term options,so we will see how that pans out. The Browns’ first round was not finished however as they again made a trade with the Green Bay Packers to the 29th spot and select tight end David Njoku  from the University of Miami.

That is not a bad draft haul, especially for a roster that needs so much help literally all over the roster. They have plenty of picks to play with and using the draft pick capital to their advantage was very smart.

Kansas City almost came close to having my number-one OMG moment, but that went to the Chicago Bears. Kansas City already has a quarterback as of now in Alex Smith, and Andy Reid says he believes they can win a Super Bowl with Smith behind center.

All of Philadelphia knows that Reid is not shy about drafting quarterbacks, even with an already established one on the roster. With that said, it was quite the wow moment when the Chiefs swapped picks with the Buffalo Bills to go from 27th pick to the 10th pick to select former Texas Tech gun-slinger Patrick Mahomes.

I was sure the pick would be former Clemson quarterback Deshaun Watson, but after watching film on Mahomes, I can see why Reid would want him in a Chiefs uniform.

Similar to quarterback Nick Foles, Mahomes loves to air it out, and can toss it 80 yards with ease. Texas Tech runs the controversial “Air  Raid” offense, and for some reason, the technique does not translate well with success for players coming from that system.

Foles and former number one pick Tim Couch were the most notable to have success in the NFL coming from such a system. Not exactly a sexy list, but I’m sure the Chiefs did their homework, and believe Mahomes can be the guy once he has a few years behind Alex Smith.

Bears drop the Mother of all Trades

The Chicago Bears did something nobody, absolutely nobody saw coming. They jumped ahead one spot from the second to the third pick, swapping with the 49ers, and selected former North Carolina Quarterback Mitchell Trubisky. The crowd, media, even Mitchell himself were flabbergasted.

Almost all mock drafts had the Browns selecting Trubisky at 12, but when he went second, it left us all in shock. The Chicago Bears will surely be bad or mediocre for a long time, but getting the top rated quarterback will surely help speed up that process getting back to the NFL’s elite.

After all, the Eagles jumped to the number two spot last year and it worked out well for them. However, this comes after the Bears signed former Tampa Bay Buccaneers quarterback Mike Glennon, and the Bears front office ensured us that Glennon is the starter. Now one does wonder if Glennon is nothing more than a bridge quarterback until they feel Trubisky is ready to the reigns.

After months of planning and anticipation, the city of Philadelphia put on a spectacle unlike anything we’ve witnessed in the modern era of the NFL history. Philadelphia fans were well-behaved, and the three-day event that had an estimated 700,000 visitors went off without a hitch.

We have all heard the somewhat true, somewhat ridiculous accusations toward the fan base, however the spectators did so well, there are talks of the draft returning next year.

Some media reported that on day two of the draft at 10:30 at night, it felt like they were announcing pick two in the first round. Good job Philly; we all know that had the outcome been what all folks originally thought, they would have been up in a ruckus about it forever. After all, they still bring up Santa Claus.

Bengals Take Mixon in the Second Round

Controversial former Oklahoma running back Joe Mixon was drafted with the 48th overall pick in the NFL draft by the Cincinnati Bengals. The pick was announced by Bengals legend Anthony Munoz, and was serenaded with loud boo’s.

The media immediately reacted, and social media was abuzz. Mixon does have a superb talent, but was taken off the board of most NFL teams due to an incident in 2014 in which he punched a woman in the face and broke four bones in her face.

Mixon is said to be working with his agent and the Bengals PR staff almost immediately. He will need it as he is joining an organization who does not have the best reputation for respecting the culture and conduct of the NFL.

Mixon will have to be squeaky clean and produce at a high level after being drafted in the top 50.