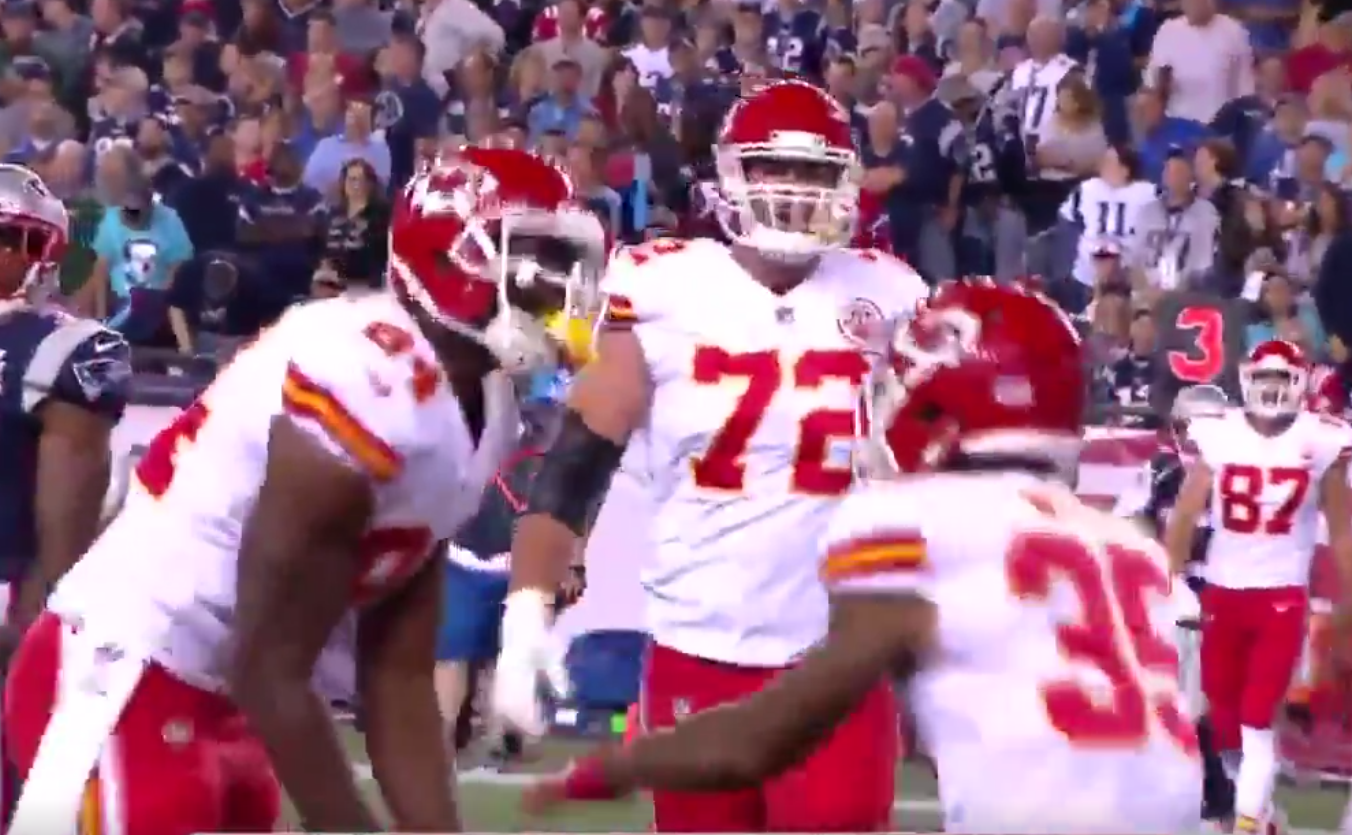 Thursday night’s NFL season opener was the first game in which players were able to celebrate in the end zone after touchdowns, and Chiefs tight end Demetrius Harris took full advantage of that early in the game.

Harris came up big on third-and-goal when the Chiefs needed a score, trailing 7-0 with the crowd at Gillette Stadium very much in the game.

The Chiefs tight end ran a great route and outmuscled Devin McCourty, getting himself open so Alex Smith could find him for Kansas City’s first touchdown of the game.

Harris capped it off by doing a shimmy, similar to the one Kevin Durant sometimes does.