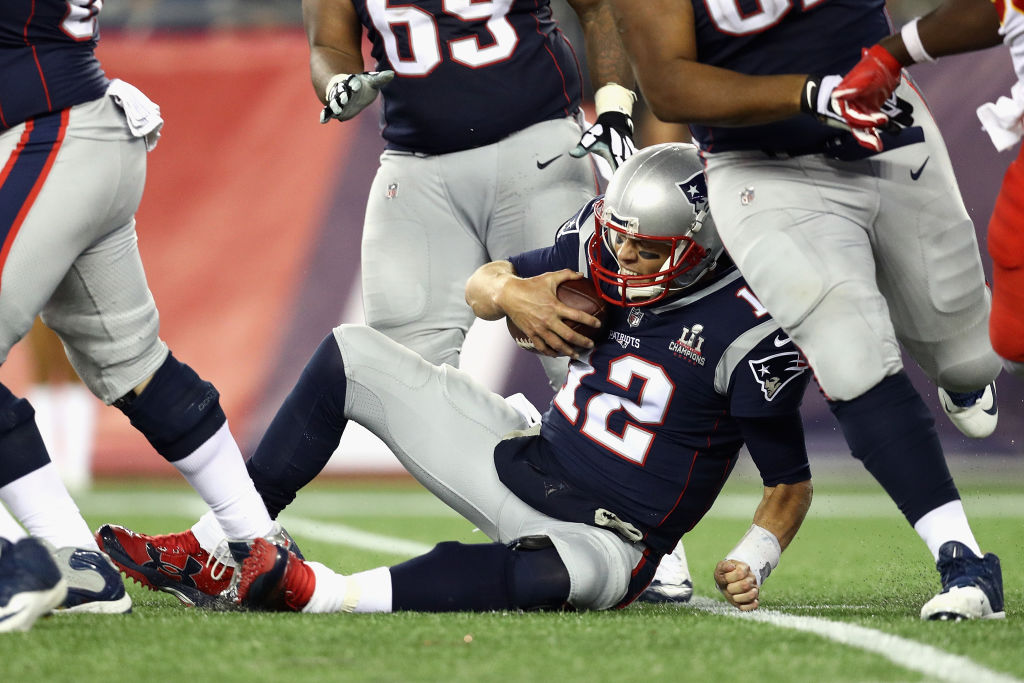 Tom Brady has five Super Bowl rings, and might be the greatest quarterback of all-time. He led the Patriots to the biggest comeback in Super Bowl history earlier this year, helping the team fight back from a 28-3 deficit.

But there are certain Patriots fans who are overreacting and think it’s time to move on from him, for some reason.

Brady got outplayed by Alex Smith in Thursday night’s season opener, which is something no one expected. His stats from the game were subpar by his standards, as he completed only 16 of 36 passes, and didn’t throw a single touchdown pass.

And even though the Patriots still have Super Bowl aspirations, as they attempt to defend their title, fans are already advocating for the team to start Jimmy Garoppolo in place of Brady, which is ridiculous. Check out some of these tweets, which actually started Thursday night while the game was still going on.

Too soon for Garoppolo?

It's time for Garoppolo

He was wide open on the deep route. Of course he doesn't throw it to him. Put Garoppolo in fam

It continued on Friday.

Time for the Garoppolo era. #BenchBrady 😉

You would think fans would be a bit more loyal, given what Brady did back in February. But sometimes logic goes out the window, and fans become prisoners of the moment. That appears to be what happened here, judging by all these overreactions.