Kenny Golladay made a ridiculous diving TD catch, pick him up on fantasy football waivers 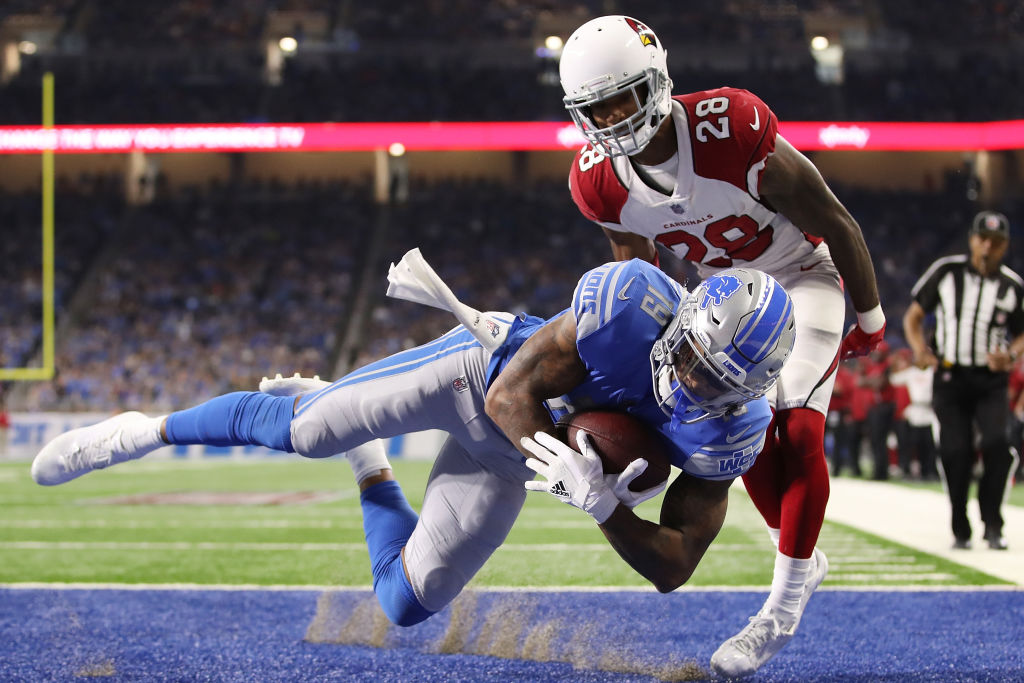 Kenny Golladay made a ridiculous diving TD catch, pick him up on fantasy football waivers

The Lions appear to have found a steal in WR Kenny Golladay, who the team drafted in the third round earlier this year.

Golladay turned heads when he hauled in two touchdown passes in his first preseason game against the Colts, and he did not disappoint in his first career regular-season NFL game, either.

He flashed his speed and athleticism on one particular play in the fourth quarter, when he hauled in a 45-yard touchdown pass from Matt Stafford. The Lions quarterback led him a bit, but Golladay calmly dived and hauled the football in with no problems at all.

Golladay finished with four catches for 69 yards — including two touchdowns — so hit the fantasy football waiver wire and pick him up if he’s available.