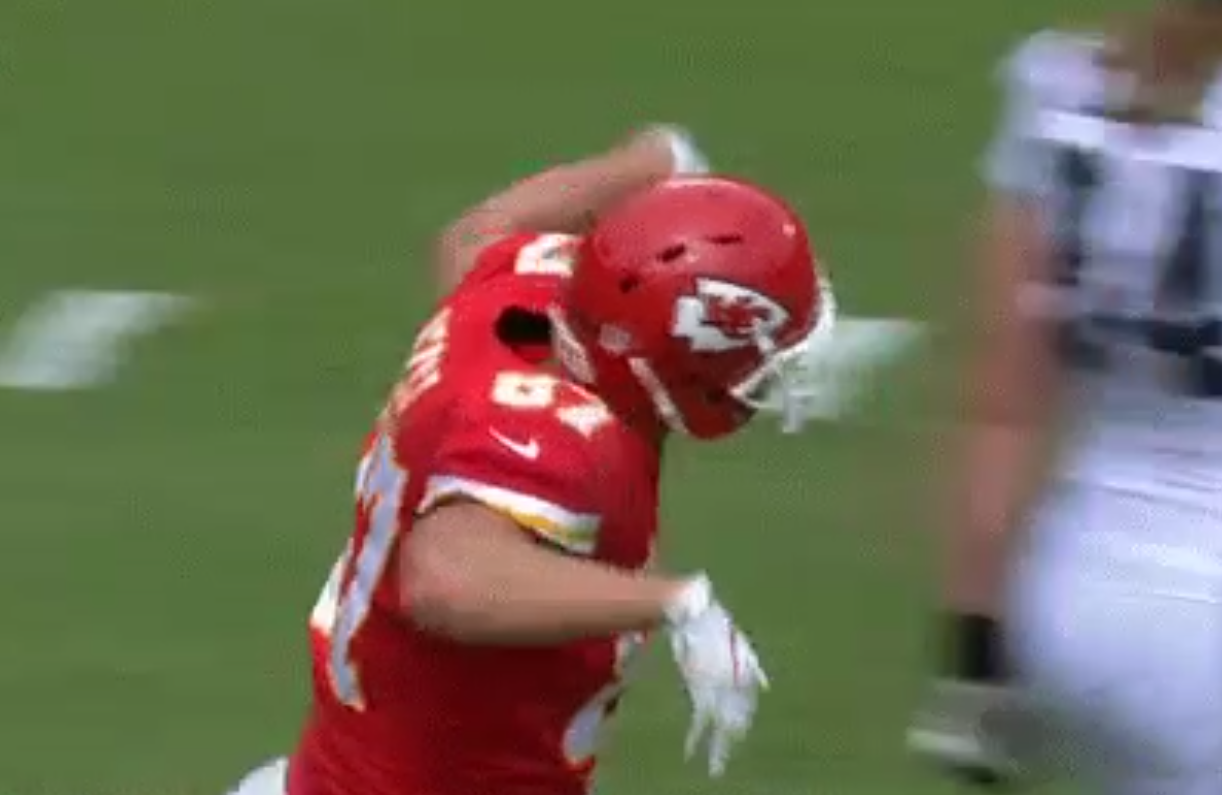 Chiefs tight end Travis Kelce is known for attempting to get in his opponent’s head during games, but sometimes he takes things a bit too far, which has resulted in penalties.

Kelce was flagged for unsportsmanlike conduct in Week 1 against the Patriots, and that happened again in Sunday’s game against the Eagles.

Later in the game, Kelce caught a 15-yard touchdown pass from Alex Smith — giving his team a 20-13 lead — and he made sure to let the Eagles defense know about it. The Chiefs tight end went jogging out of the end zone toward the sideline, and made a motion with his arms that looked like the Eagles’ signature gesture, which mimics a bird flapping its wings.

He’s fun to watch, but at some point, Kelce is going to have to cut down on his extracurricular activity, or it could end up costing his team.