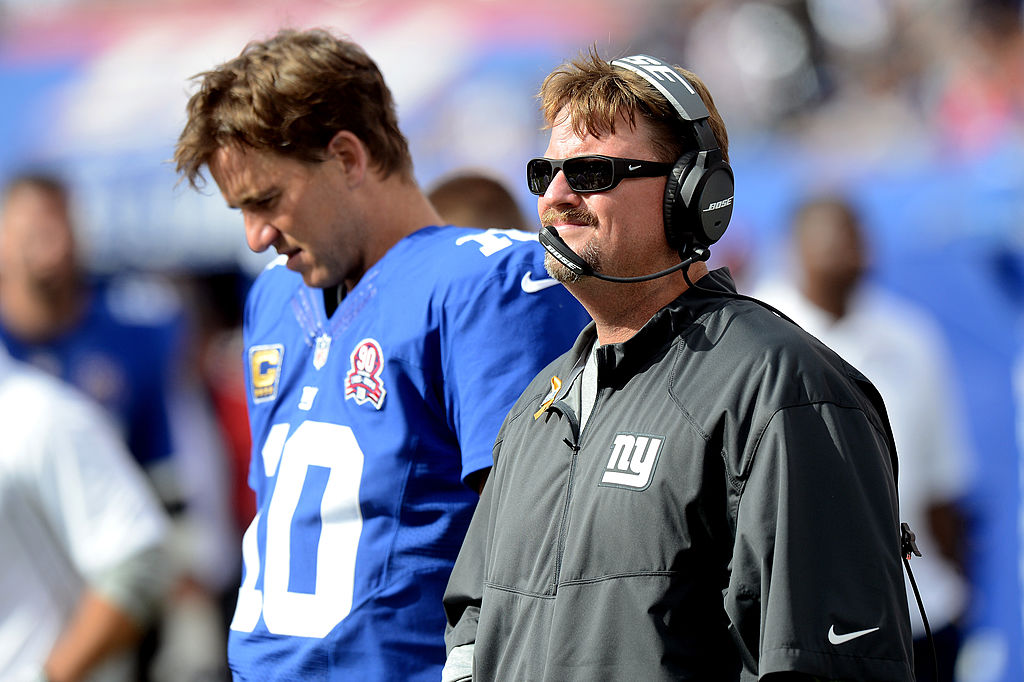 There were a lot of bad moments to look back on for the Giants during Monday night’s 24-10 loss to the Lions.

New York finally scored its first touchdown of the season, but produced only 62 rushing yards, and allowed quarterback Eli Manning to get sacked five times. The Giants offensive line woes continued, as the Lions controlled the trenches throughout the game, and put numerous hits on Manning, which clearly affected some of his throws as the game progressed.

Manning did make one particular mistake that couldn’t be blamed on his offensive line, though, in a pivotal moment. It happened late in the third quarter, with his team trailing, 17-7, faced with a fourth-and-goal situation from the Lions’ two-yard line. The Giants initially chose to pass on attempting a field goal, and lined up to run a play. But Manning was not able to snap the ball before the play clock expired, and the team was forced to settle for a field goal after getting hit with a delay of game penalty.

Giants head coach Ben McAdoo was asked about that key moment after the game was over, and he placed the blame squarely on Manning’s shoulders.

“Sloppy quarterback play,” McAdoo said, in response to a reporter’s question. “Quarterback and the center need to be on the same page there. We got to get the ball snapped.”

He was then asked why he didn’t call a timeout before the play clock expired, and had this to say.

“Because we have a veteran quarterback who’s played a lot of football,” he said. “I expect us to get the ball snapped.”

The Giants are off to a poor start, but two weeks into the season seems a bit early to rip into your starting quarterback. It will be interesting to see how Manning reacts to McAdoo going public with these remarks.