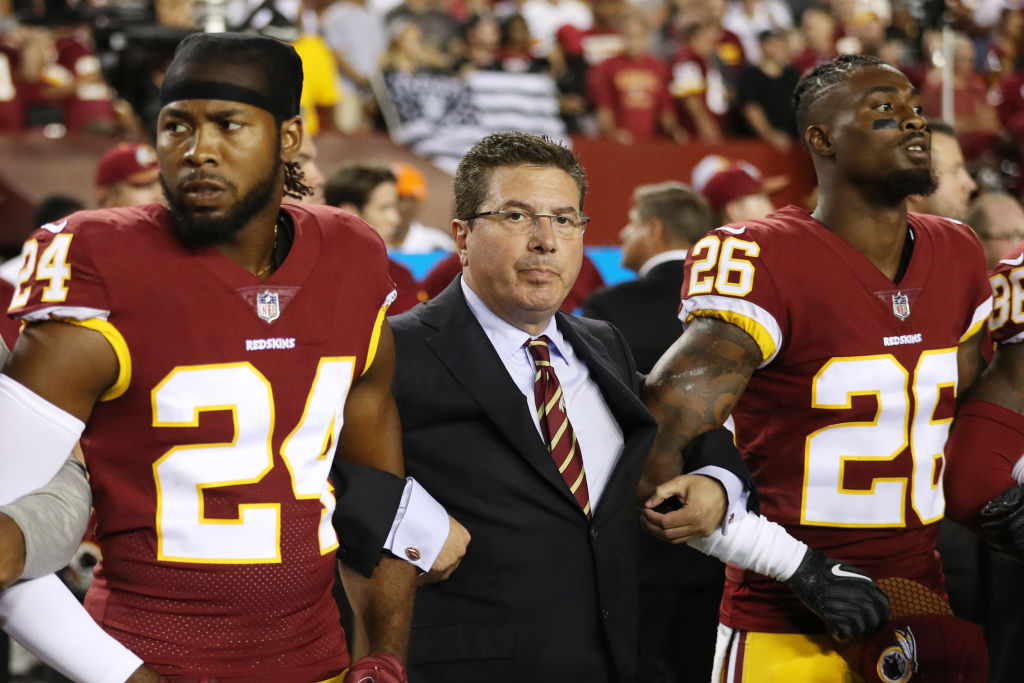 Redskins cornerback Josh Norman had plenty to say after his team destroyed the Raiders on Sunday Night Football.

Norman first sent a message to opposing receivers about tempering their expectations, given how the team was able to contain Michael Crabtree and Amari Cooper.

And then came the comments about President Donald Trump.

The outspoken Norman had plenty to say about Trump’s bold statement regarding players kneeling during the national anthem. Here’s what he had to say.

“It’s not about the flag man, we love it,” Norman said. “We want to be here. This is our country. We were born here, we were bred here. This is what we’re about. Nobody is spitting on the flag or disrespecting it.”

“But if somebody comes on your front porch and takes a piss, as a man, what are you going to do? Sit and watch him pee?”

The flag and the national anthem, to me, are one in the same. But Norman seems to feel differently.