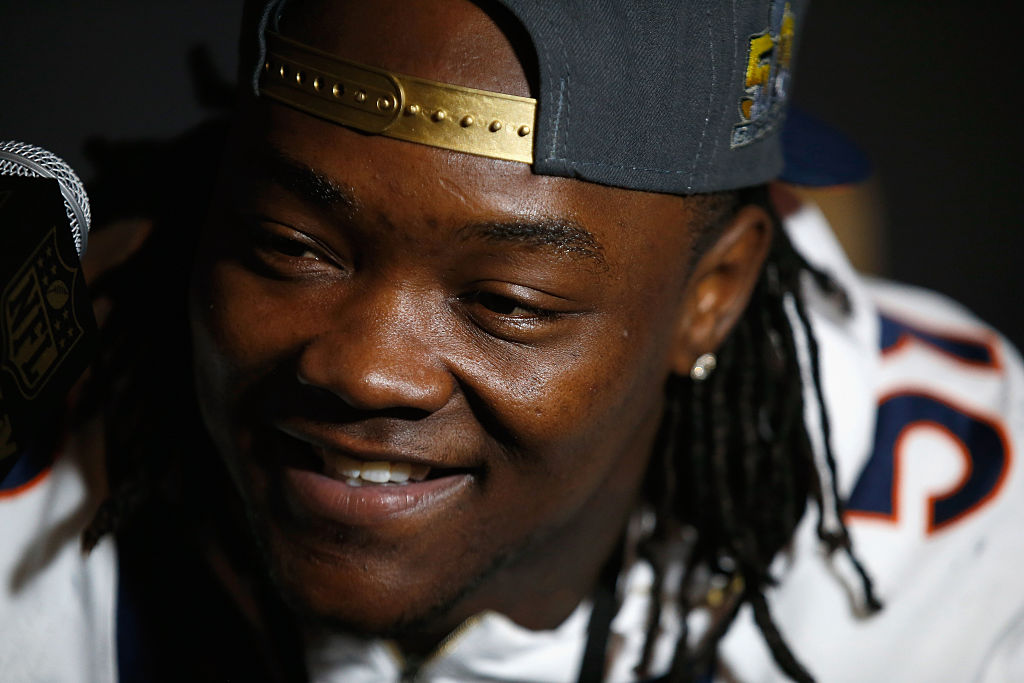 Bears linebacker Danny Trevathan was the subject of much criticism on Thursday night when he put a late hit on Packers receiver Davante Adams at the end of a play.

It happened late in the third quarter when Adams caught a pass, was eventually wrapped up by a few Bears defenders and was on his way to the ground. Trevathan then came flying in and hit him right in the head — leading with the crown of his helmet in doing so.

Trevathan was flagged for unnecessary roughness, while Adams was taken to the hospital in an ambulance. The Bears linebacker was lucky to not have been ejected for his cheap shot, and could end up being suspended if the league chooses to take action.

Twitter users teed off on Trevathan after the play happened, which we can certainly understand, given the nature of the hit. Here are some of the tweets he received.

Hey you and I have something in common. We both will be watching the Bears play next week from our couches. #cheapshot

@Grindin_59 do you kiss your mother with the crown of your helmet? #forshame #goon

@NFL I hope @Grindin_59 Danny Trevathan's hit on a defenseless player is reviewed for possible repercussions. That was disgusting. #respect

Over the past 6 years, the Packers have lost 3 players to career ending injuries. Hopefully, this isn't a fourth. @Grindin_59 #GoPackGo

The dude just sprinted 10 yards downfield while the whistle was being blown and popped Adams right in the helmet. Bum. @Grindin_59 #GoPackGo

Someone even pointed out that Trevathan’s Wikipedia page has already received an update.

It will be interesting to hear what explanation Trevathan provides after the game when asked about the hit.