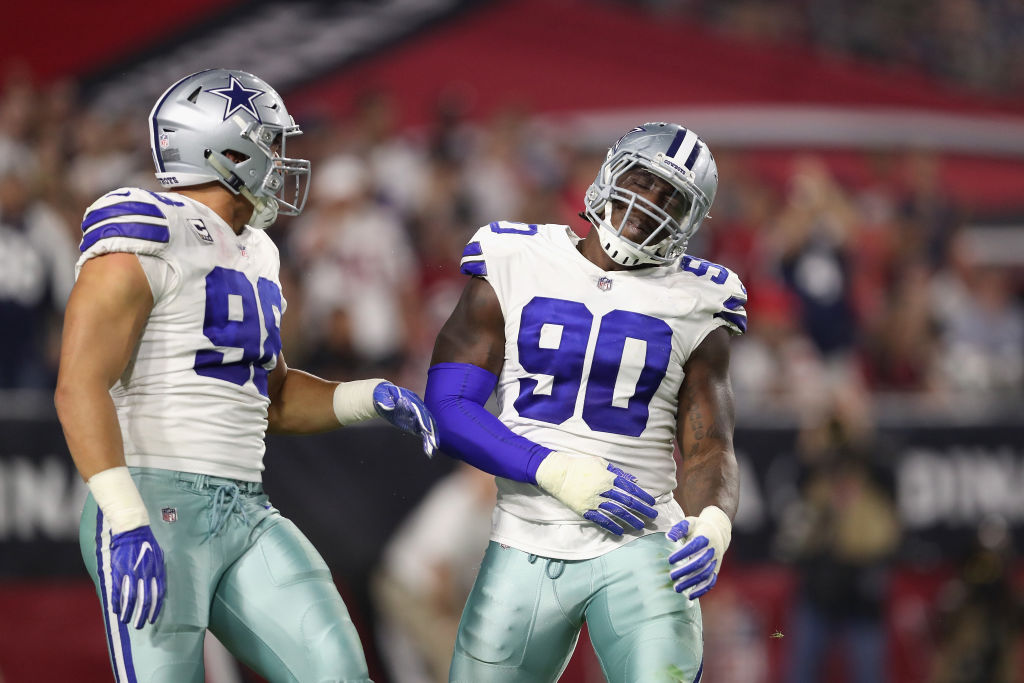 It’s that time of the NFL season when the wheat is separated from the chaff. Over the next couple of weeks, we can expect to have a much clearer picture of who the legit contenders are and who’s just pretending as the cream rises to the top.

A wild, unpredictable start to the 2017 season may be the result of players having a little more rust to shake off than usual, as many teams elected to limit preseason reps for their starters even more than in previous years.

There’s been plenty of surprises already this season, as a result, starting with the Chiefs Week 1 shellacking of the Patriots in Foxborough. The upstart Los Angeles Rams (3-1) look to take a two-game lead over the Seahawks the in the NFC West. The Oakland Raiders (2-2), everyone’s favorite in the AFC West at the start of the season, need a win on Sunday to stay abreast of undefeated Kansas City and a rejuvenated Denver Broncos (3-1). Someone is guaranteed to be 0-5 and all but eliminated from the post-season when the Chargers face the Giants at MetLife Stadium.

With injuries already stacking up and plenty of teams needing a spark, here are 10 lesser-knowns poised to make a critical impact for their respective teams this NFL Sunday.

The 49ers running back’s performance has been one of the few bright spots in what has been a dismal start for winless San Francisco. His 321 yards rushing and gaudy 4.9 yards per carry average ranks 6th in the league.

For the Indianapolis Colts 25th-ranked rushing defense, there’s no rest for the weary. The Colts are certain to receive a heavy dose of Hyde on Sunday who should find plenty of room to run against Indianapolis’ porous run defense.

With Dalvin Cook now unavailable, veteran RB Latavius Murray is primed to have a big impact for the Vikings in Chicago this Sunday. The loss of Cook was a heavy blow for Minnesota and Murray has big shoes to fill.

Cook, the second round pick out of Florida State University, was off to a stellar rookie campaign before falling to a torn ACL, suffered in a home loss to the Detroit Lions last week. Acquired via free agency this offseason, Minnesota will lean on the journeyman, Murray who’s shown he can produce in this league. Just two years removed from a 1,000-yard season, Murray had twelve touchdowns for the Raiders last season.

The Seahawks’ right guard will be filling in for starter, Mark Glowinski, again this week and will have his hands full on Sunday trying to contain Aaron Donald and the Rams’ dominating front seven.

Seattle’s offensive line continues to struggle and the Seahawks have not been able to get their offense rolling as a result. If Aboushi, center Justin Britt, and the rest of the Seahawks’ offensive line can’t find a way to slow down the Rams pass rush, it could be a very long day for Seattle who’s in jeopardy of falling two games behind the upstart Rams in the NFC West.

Philip Rivers is at his best when he has a dependable check-down option like the recently departed Danny Woodhead. Undrafted free agent running back, Austin Ekeler, beat the odds to make the final 53, playing too well during the preseason for the Chargers to pass on him.

His soft hands and ability to make people miss in open space at the NFL level seem perfectly suited for the role of 3rd down specialist.  Ekeler has been productive in limited action. Look for the Chargers to try and get Ekeler matched up with a linebacker on pass plays for big gains downfield when they face-off against the NY Giants this Sunday — you can read a preview for that game here — in the battle of the winless teams.

Rookie 4th round pick, Dwayne Gallman, is expected to start this week in place of starter, Paul Perkins. Gallman came in for the injured Perkins during last week’s game in Tampa Bay and by all accounts, outplayed Perkins, averaging 3.8 yards on 11 carries.

Look for Gallman to get the bulk of the carries when the Los Angeles Chargers come to town on Sunday, a team that has struggled to stop the run at times this season.

The emergence of defensive end Demarcus Lawrence has transformed the once-beleaguered Cowboys’ pass rush into a force be reckoned with. His league-leading, 6.5 sacks is already more than any Dallas player had during all of 2016.

This is good news for the Cowboys with Aaron Rodgers coming to town on Sunday. The Cowboys would love to deliver payback for last year’s playoff loss to the Packers and Lawrence’s performance on Sunday promises to be a key factor.

With starter Tyler Ervin ruled out having suffered a torn patellar tendon in last week’s 57-14 dismantling of the Tennessee Titans, backup running back, D’Onta Foreman, is the next man up for the Texans when they host the Kansas City Chiefs this Sunday.

Foreman will get plenty of chances to prove he’s up to the task as the Texans will be committed to establishing the run game in order to protect rookie quarterback Deshaun Watson and win the time of possession battle.

Early indications are that the Eagles veteran tight end might be having the breakout season Eagles fans have been anticipating since Ertz came into the league. His 26 catches for 326 yards already this season has him tied for 5th in the league among receivers and tight ends.

So far this season, Ertz has provided a big target for the second-year quarterback, Carson Wentz. Wentz has been able to take advantage of the mismatches created when Ertz is matched up with a linebacker. By all accounts, Ertz is the complete package, able to effectively soak up blockers in the run game. Look for Ertz to continue to be a major contributor when the Eagles host the Arizona Cardinals this Sunday.

The former Miami Hurricane signed a 5-year extension during the offseason making him the highest paid center in the NFL. He’ll get another chance to prove he’s worth the investment when the Jaguars travel to Pittsburg this Sunday to square off against the Steelers. The Steelers 15-sacks this season ranks second behind Jacksonville (18).

Linder will be counted on to handle the crowd noise, effectively direct the offensive line, and help keep the pocket clean for quarterback Blake Bortles. How well he handles the pressure, crowd noise, and fierce, Pittsburgh pass rush will go a long way towards determining who wins this pivotal, interdivisional matchup.

A virtual unknown just a few, short weeks ago, Kansas City Chiefs rookie running back Kareem Hunt is nearly a household name. Leading the Chiefs’ impressive 4-0 start, Hunt has been an absolute monster, leading the league with 502 yards on 68 attempts (7.4 avg).

With Houston giving up a concerning 95 yards a game on the ground to opposing running backs this season, look for the Chiefs to rely on a heavy dose of Hunt to wear down the Texans’ defense and take over the game in the second half.