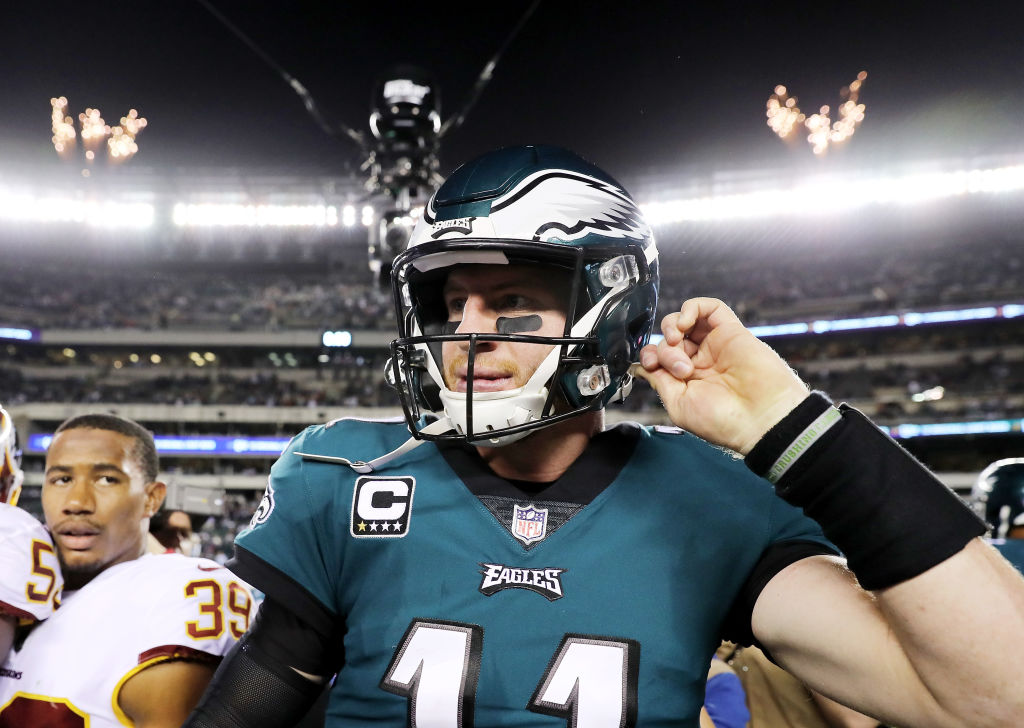 The (6-1) Philadelphia Eagles currently boast the best record in the NFL, and the stellar play of second-year quarterback Carson Wentz is a big reason why the team has been so successful.

Wentz has thrown 17 touchdowns and only four interceptions so far this season, and has completed 61.6 percent of his passes. His efficient play on the field and leadership qualities are a big reason why he’s emerging as the favorite to win the MVP Award at the current time, and deservingly so.

The Eagles quarterback has a strong arm, moves around well in the pocket and does not shy away from throwing downfield. Those qualities he possesses could be why head coach Doug Pederson recently compared him to Hall of Fame quarterback Brett Favre.

“A little bit of Brett Favre, honestly,” Pederson said, via Ed Kracz of EaglesWire, when asked who Wentz reminds him of. “He’s got that mentality, he’s got that aggressiveness that Brett had. Those are some of the skill sets that I see in Carson. That aggression, that ability to throw the ball down the field. And listen, I love quarterbacks that are willing to take a chance, take a calculated risk down the field. Favre was that way, and I see a lot of the same characteristics in Carson.”

Pederson knows all about Favre, as he was the Packers’ backup quarterback in 1995-98 when Favre was the starter. He continued on with his praise of Wentz, adding that the Eagles’ young quarterback makes his teammates better.

“And one of the things that Brett was able to do, and you’re seeing it with Carson, is just elevate the play around him,” Pederson continued. “And the thing is he doesn’t feel like, he being Carson, doesn’t feel like he’s got to make every play because he’s got the guys around him to help him make those plays. And, listen, as long as he stays in that mind frame and that state of mind, he could definitely go on to have a fine season, which he is definitely off to a good start, a lot of ball left obviously.”

Wentz seems to be the exception to the “sophomore slump” rule, and appears to be the Eagles’ franchise signal-caller for years to come. Pederson isn’t wrong for praising the young quarterback, who has clearly earned it.