Randy Moss, Charles Woodson dress as each other for Halloween (PHOTO) 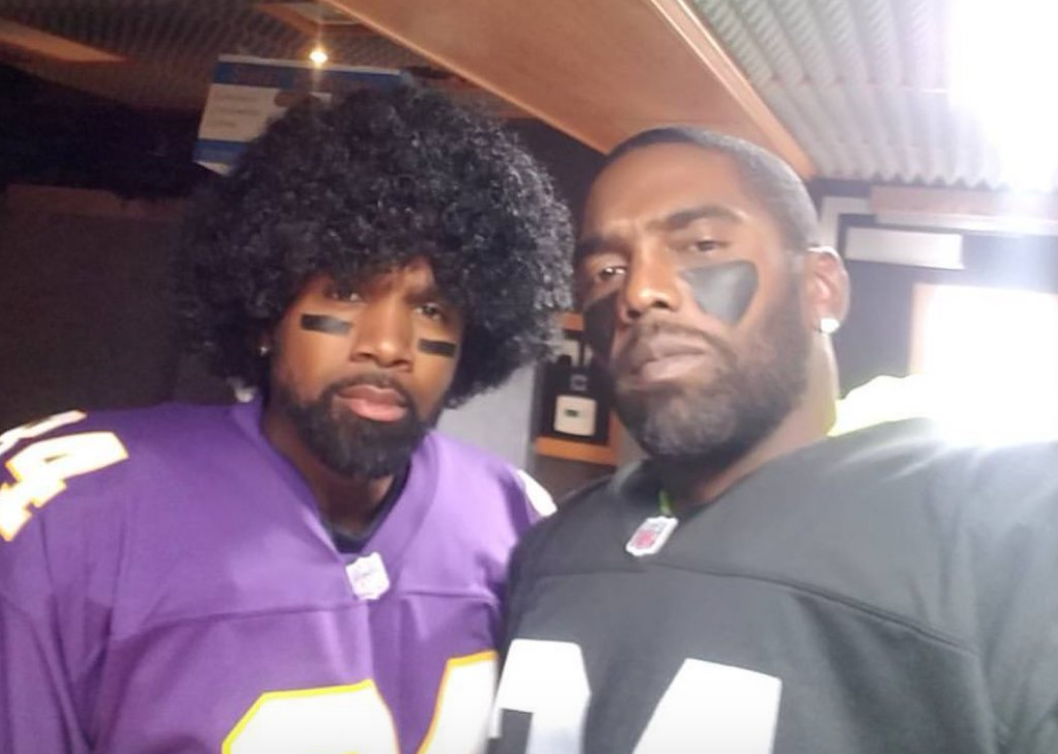 Randy Moss, Charles Woodson dress as each other for Halloween (PHOTO)

Randy Moss and Charles Woodson had some epic battles when matched up against each other on the football field.

Woodson, standing six-foot-one, played cornerback during a time when guys that played the position were a bit smaller than what we’re accustomed to seeing now, so he was one of the few that could effectively cover the six-foot-four Moss.

All of those past matchups on the field are water under the bridge now, being that the two are now working together as colleagues at ESPN.

To inject some fun into ESPN’s Monday Night Football broadcast on Halloween eve, the two dressed as each other, and did a pretty good job of nailing the look. Check out Woodson rocking Moss’ afro.