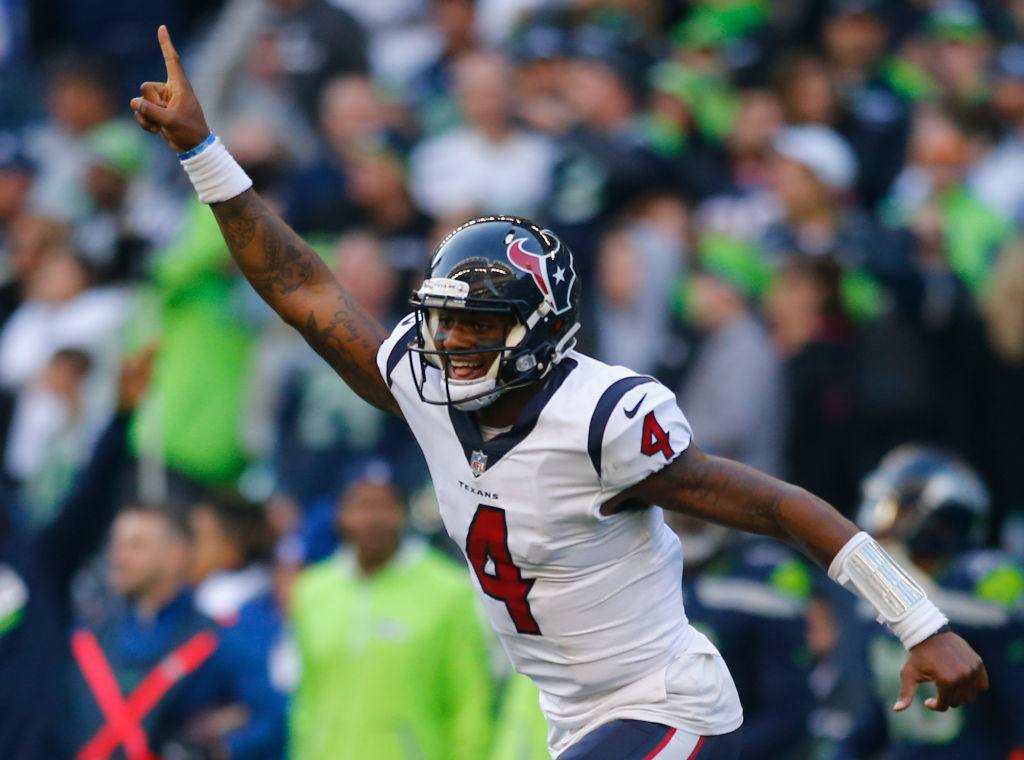 Texans rookie quarterback Deshaun Watson was a frontrunner to win the NFL’s Rookie of the Year Award, but he saw his 2017 campaign come to a close after suffering a ACL injury in Thursday’s practice.

The injury couldn’t have come at a worse time for the (3-4) Texans, who find themselves one game back for the AFC South lead. Houston must now operate without the one player who has given them the biggest spark this season, and is a big reason the team has played so well offensively.

To add depth at the quarterback position, the Texans signed quarterback Matt McGloin on Thursday. McGloin will back up veteran Tom Savage, and suddenly, the Texans’ 2017 outlook is looking a bit bleak.

And to add insult to injury, NFL Shop announced that they’re holding a sale on Watson’s gear. Fans can get 20 percent off Watson merchandise by using a specific promo code (“SITEWIDE”).

As if things aren’t tough enough for Watson right now, the Texans quarterback has to watch NFL Shop attempt to sell his gear.