Teddy Bridgewater: 'Today was a great moment for my life' 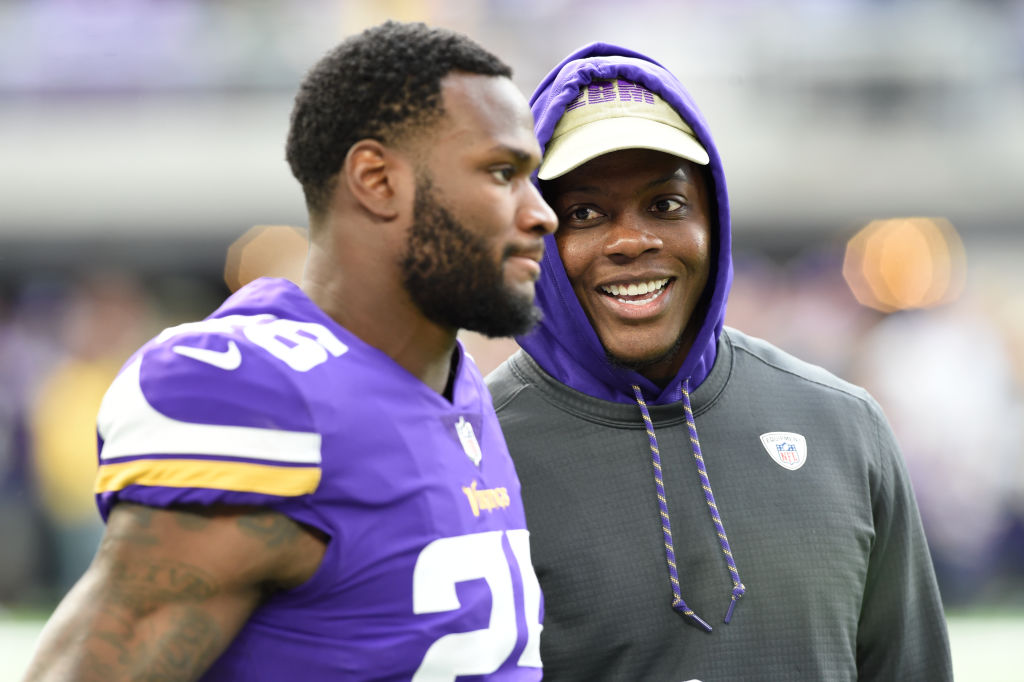 Teddy Bridgewater: 'Today was a great moment for my life'

Vikings quarterback Teddy Bridgewater took a huge step in his recovery on Sunday, as he suited up for his first NFL game since 2015.

Bridgewater has been rehabbing in an attempt to come back from a career-threatening knee injury, and he could soon replace Case Keenum as the team’s signal-caller, which would give them a huge boost in their quest for the division title.

The 25-year-old appeared to realize how far he’s come in his recovery, as he was seen crying tears of joy during the national anthem on Sunday. That’s certainly understandable, given the magnitude of the situation.

Bridgewater spoke to reporters about how big of a moment it was for him after Sunday’s win, and really put into perspective how special it was.

“Being able to stand next to those guys on the sideline during the national anthem,” Bridgewater told reporters after the game, via Dan Hanzus of NFL Media. “It all boiled up. I kinda screamed a little on the sideline, after I said my prayer in the end zone. I screamed a little. Then when I got on the sideline I was like, man, it’s really about to happen. Today was a great moment for my life, my personal life. It was even a better moment for this team. We went out there. We competed and won a big game that we needed to win on the road.”

It’s been a long road back for Bridgewater, but his grit and determination has been paying off, and don’t be surprised if he’s starting under center for the team next Sunday. Keenum, to his credit, isn’t making the decision easy for Mike Zimmer, as he threw four touchdown passes in the 38-30 win.