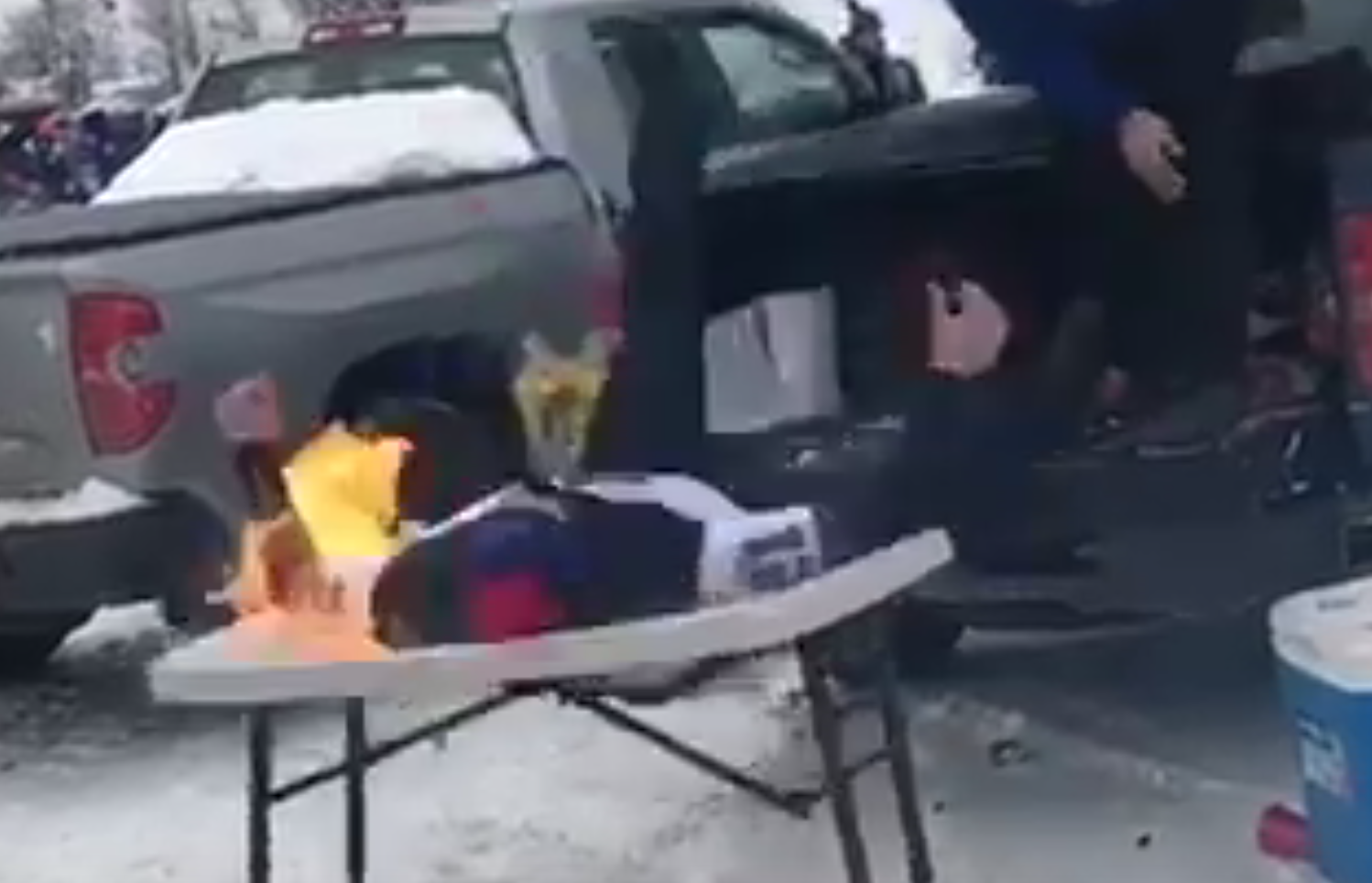 The Bills hosted the Dolphins in their final regular-season game of the 2017 season, which prompted tailgating fans to pull out all the stops.

Bills Mafia has provided plenty of entertaining moments tailgating before games at New Era Field this season, and they did not disappoint on Sunday, either.

In their latest tailgate stunt, two Bills fans stood on a truck bed before the game kicked off, with a burning table below them. One fan then slammed the other onto the table, which you can watch in the video clip below.

Bills Mafia was the most entertaining tailgating group of the 2017 NFL season, and it was great to see them go out with a bang.