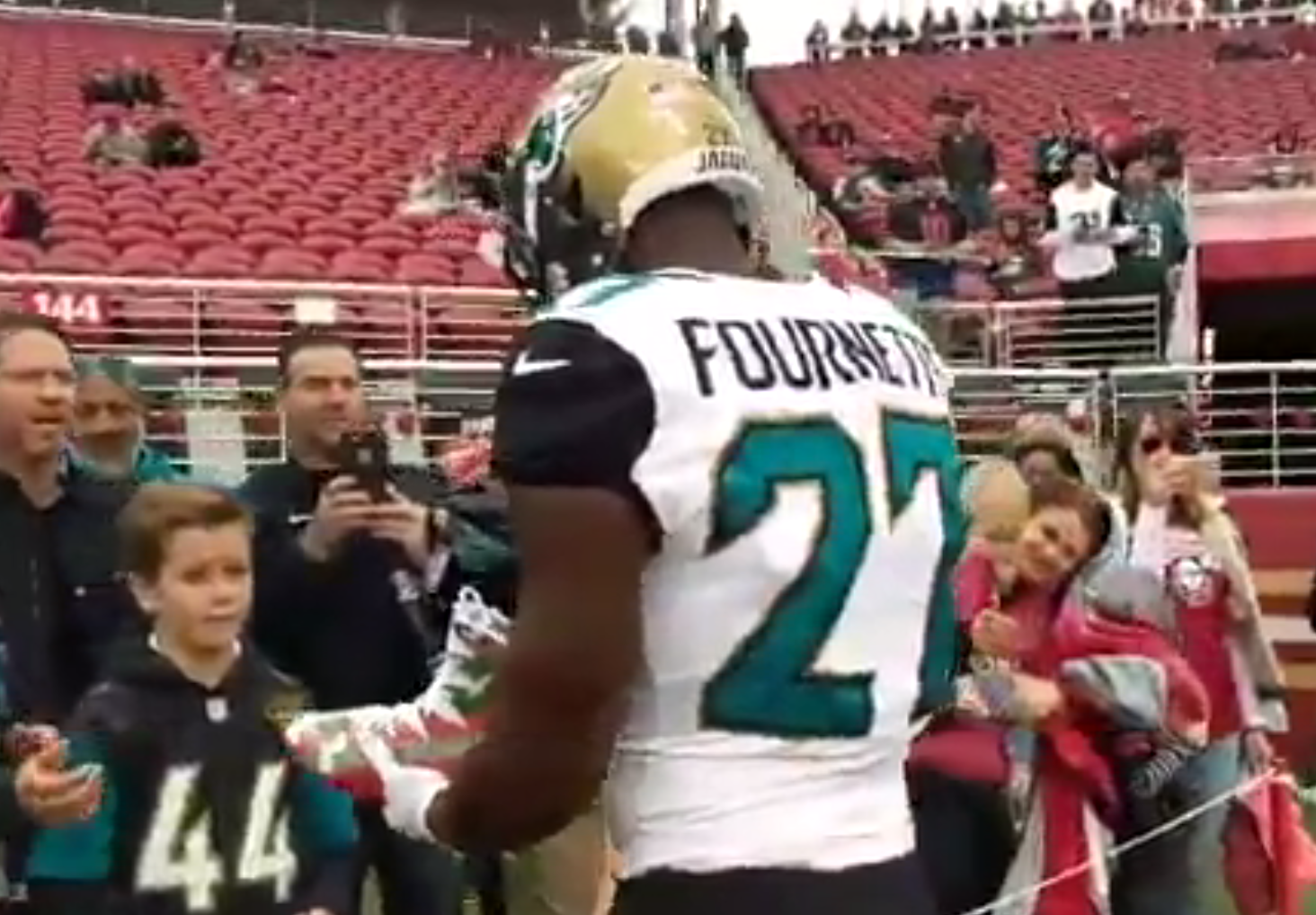 Jaguars running back Leonard Fournette embraced the spirit of giving before Sunday’s game against the 49ers kicked off.

Fournette encountered some Jaguars fans on the field at Levi’s Stadium who were snapping photos of him before the game kicked off. That’s when he came through with an amazing gesture. Fournette walked over to the group of young fans, and made a boy’s day by handing him a custom pair of cleats, which had a holiday theme.

He may not have dressed as Santa Claus — like Andy Reid did — but Fournette still managed to spread cheer on the field. Props to him for the amazing gesture.