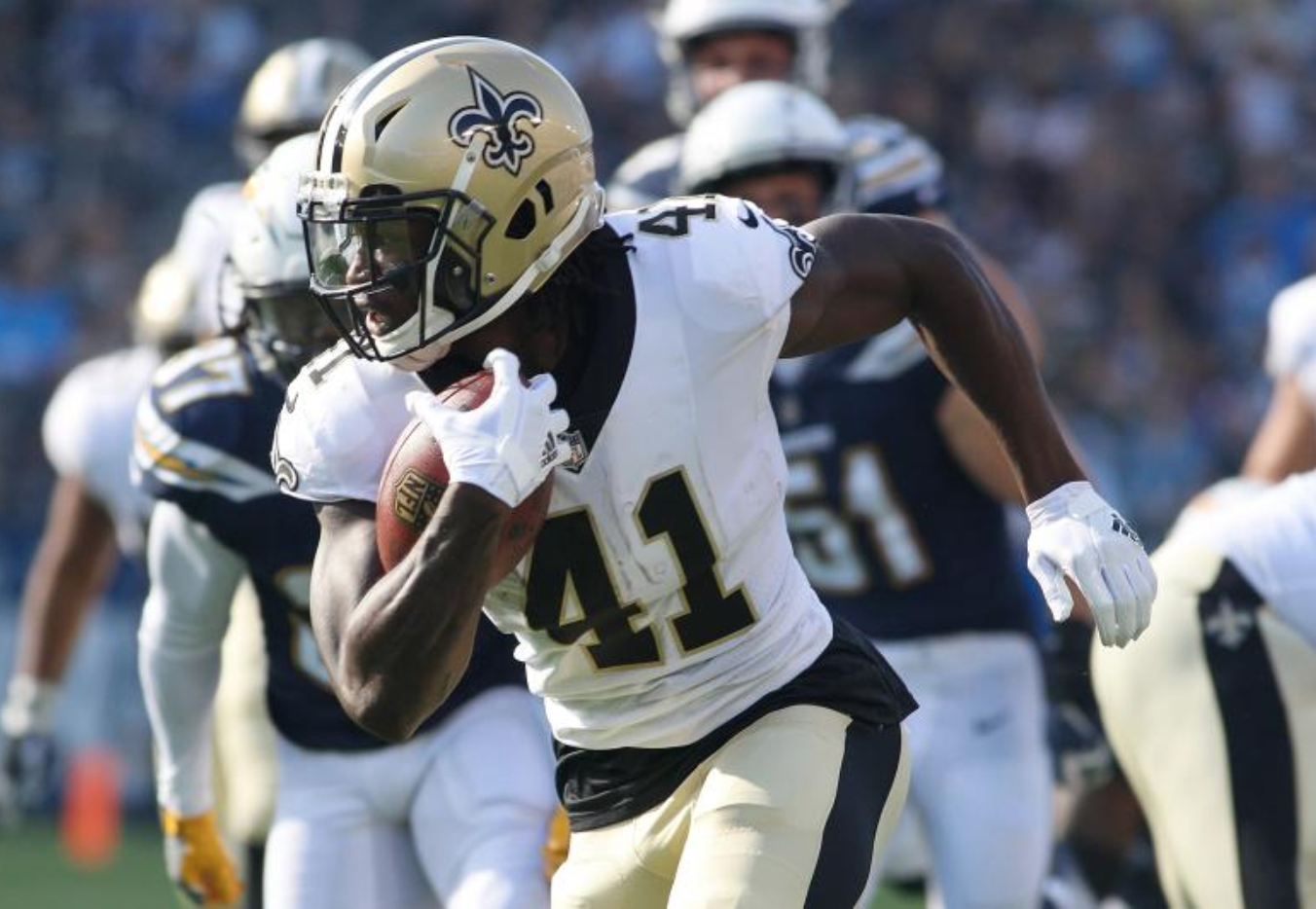 Saints running backs Alvin Kamara and Mark Ingram completed a regular-season campaign for the ages, so much so that the Pro Football Hall of Fame is honoring them.

Kamara and Ingram became the first rushing tandem in NFL history to each produce 1,500 yards from scrimmage in a season, which resulted in the Hall of Fame putting their Week 16 jerseys on display.

Kamara produced 1,554 scrimmage yards and 13 touchdowns this season, while Ingram finished just behind him, with 1,540 scrimmage yards and 12 touchdowns. It really is amazing what the two accomplished, especially with Kamara having been selected in the third round of this year’s draft, with many expecting that he’d be third on the depth chart, behind Ingram and Adrian Peterson. Well, as it turned out, Kamara is the team’s lead back, and has a great chance to win the 2017 Offensive Rookie of the Year award.

As for the prestigious honor of having his jersey displayed, Kamara said he’s “speechless” about it.

The storybook season hasn’t ended for Kamara (who was also voted to the Associated Press All-Pro team) and the Saints, who are set to take on the Panthers in Sunday’s wild-card matchup. The team, led by quarterback Drew Brees, appears to be set for another playoff run.