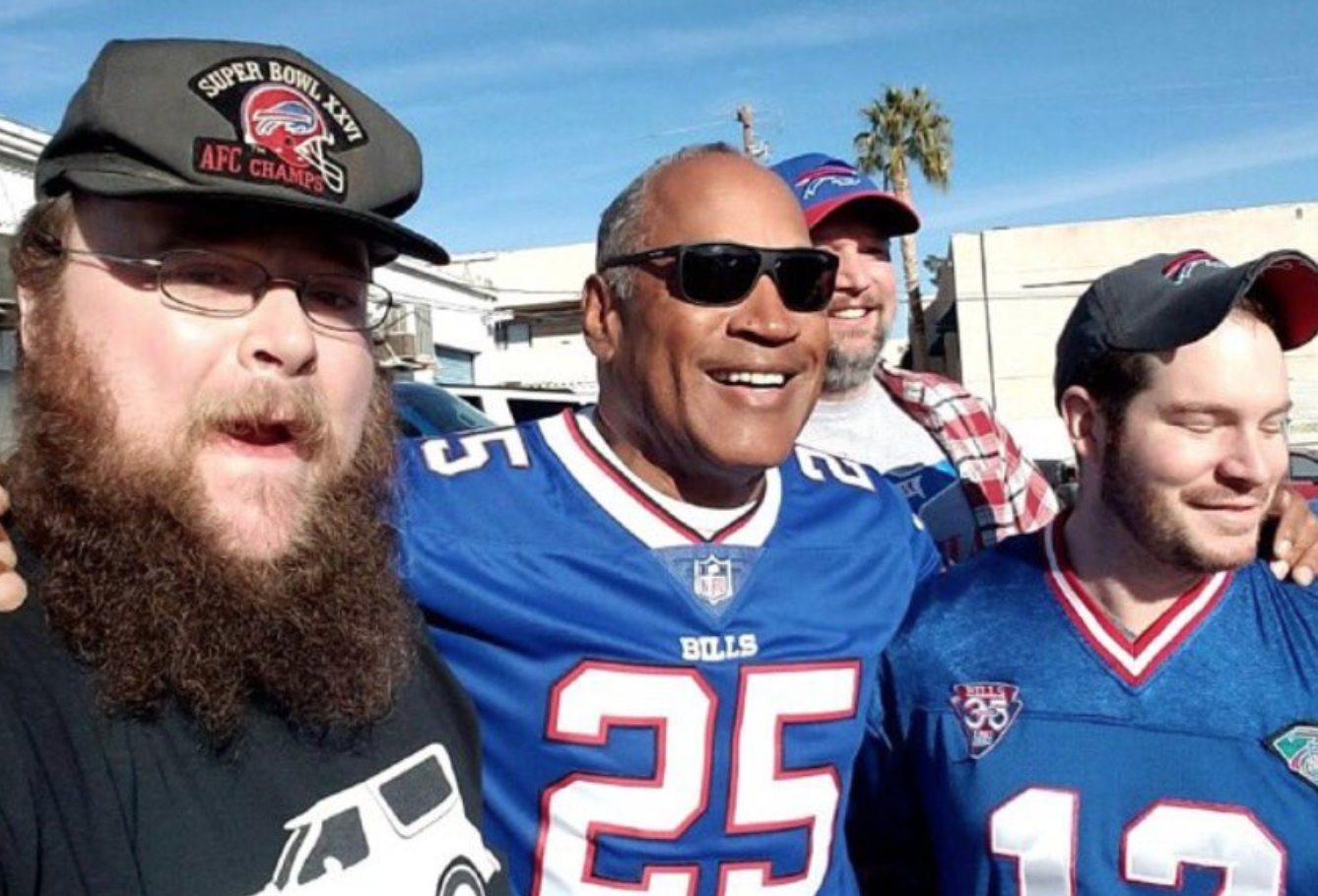 Former Bills running back O.J. Simpson spent the majority of his NFL career with Buffalo, so it was no surprise that he hung out with the team’s fans for Sunday’s wild-card game.

Simpson was seen snapping photos with members of Bills Mafia, and he appeared to be the star of the show. Check out some of these photos.

#Bills Hall of Fame RB and criminal O. J. Simpson is hanging out with Bills fans in a LeSean McCoy jersey. pic.twitter.com/Hwh80DN246

He apparently watched the game at Moon Doggies Bar & Grill in Las Vegas.

OJ Simpson is hanging out with Bills fans in Las Vegas. pic.twitter.com/NluMAe7HZ7

The Juice is loose, now we just have to hope the Bills and Jaguars offenses can do the same.