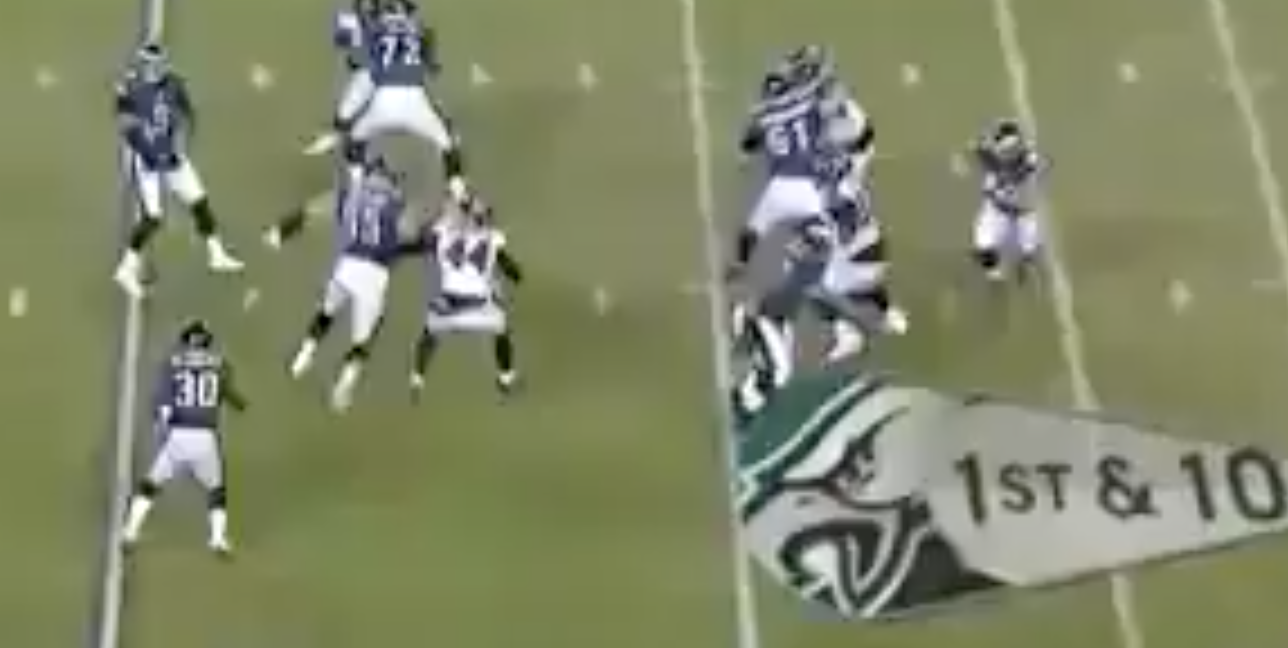 Eagles center Jason Kelce showed why he was named to the NFL All-Pro first team earlier in the month, and did so in a big way during Saturday’s game against the Falcons in the NFC Divisional Playoffs.

Kelce was tasked with being the lead blocker for running back Chris Clement on a screen pass late in the second quarter, and it’s safe to say he did his job. Clement came flying out of the backfield with the ball when Kelce absolutely leveled Falcons defensive tackle Grady Jarrett — sending him to the ground.

Jarrett is no small guy, either, as he weighs 291 pounds, but Kelce got the best of him on that play.