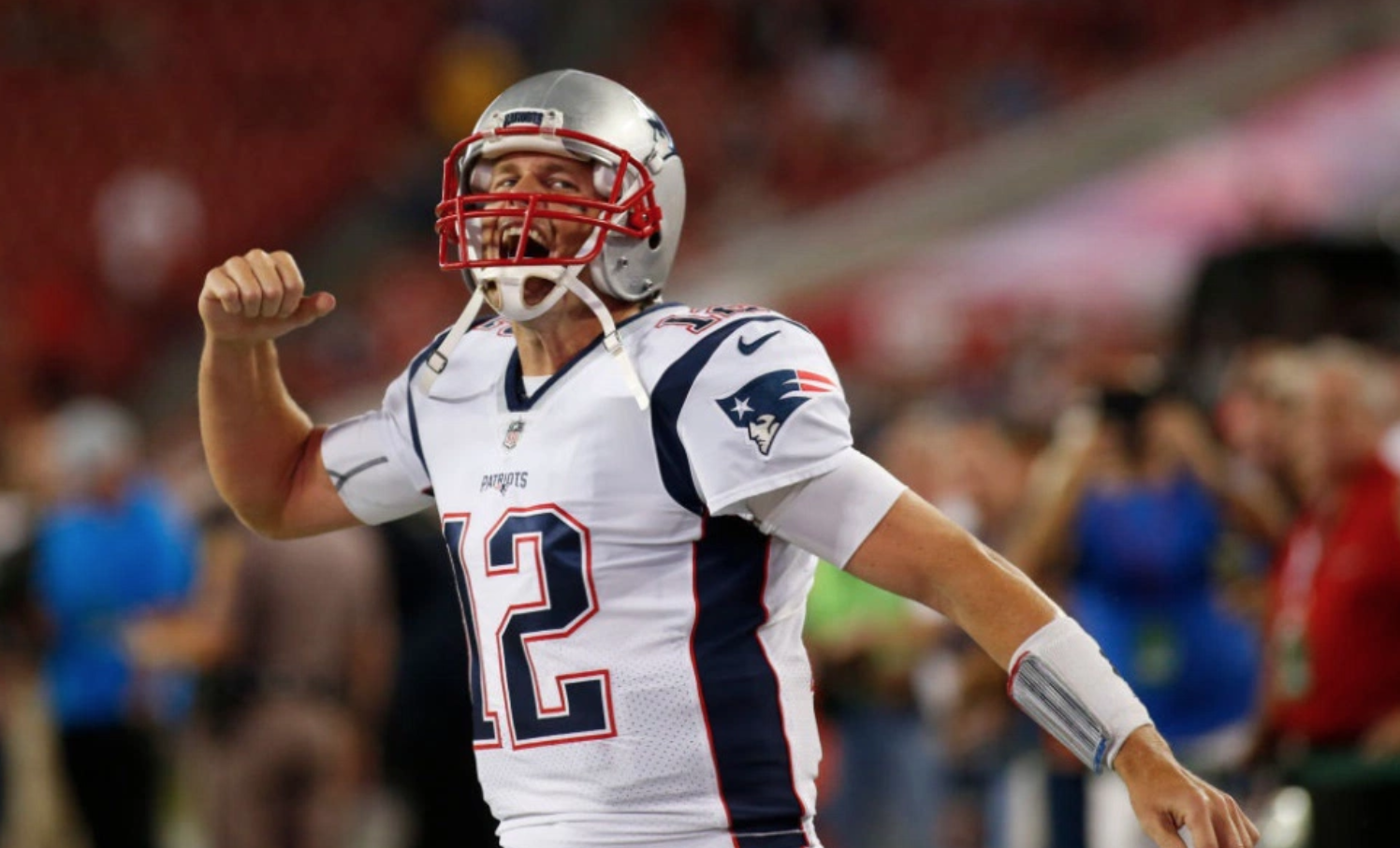 The biggest storyline heading into Championship Sunday has been about Tom Brady’s right hand — specifically how the injury he suffered in practice on Wednesday will affect the velocity and accuracy of his throws in Sunday’s game against the Jaguars.

Brady injured his hand after colliding with a teammate during Wednesday’s practice, and it’s currently unclear exactly how serious the injury is. There are reports circulating about Brady getting four stitches in his hand, with his thumb gushing blood after the collision took place. Brady also reportedly has not been taking snaps under center, either, due to his thumb being bent back “badly.”

As for what his hand looks like, that remains to be seen. Brady wore a red glove during Friday’s practice and also while speaking to the media afterward, which you can see below.

That won’t be the last time we see Brady with a glove, either. ESPN’s Adam Schefter reported on Saturday night that the Patriots quarterback will probably wear a glove during Sunday’s game.

Tom Brady, in the words of one source, “probably will wear the glove (Sunday) just to protect the stitches,” though the QB has not indicated whether he has decided to wear it.

It will be interesting to see how the glove affects Brady’s grip on the football. The weather in Foxboro will be cold, and adding another X-factor into the equation won’t make things easy on the Patriots quarterback. Jacksonville’s defense thrives off turnovers — as we saw in last week’s divisional-round win over the Steelers — so a few errant passes could end up being the difference in the game.

Brady has been practicing with a glove on, which should help him be more comfortable during Sunday’s game, but we won’t really know how proficient he is throwing the football until the matchup kicks off.