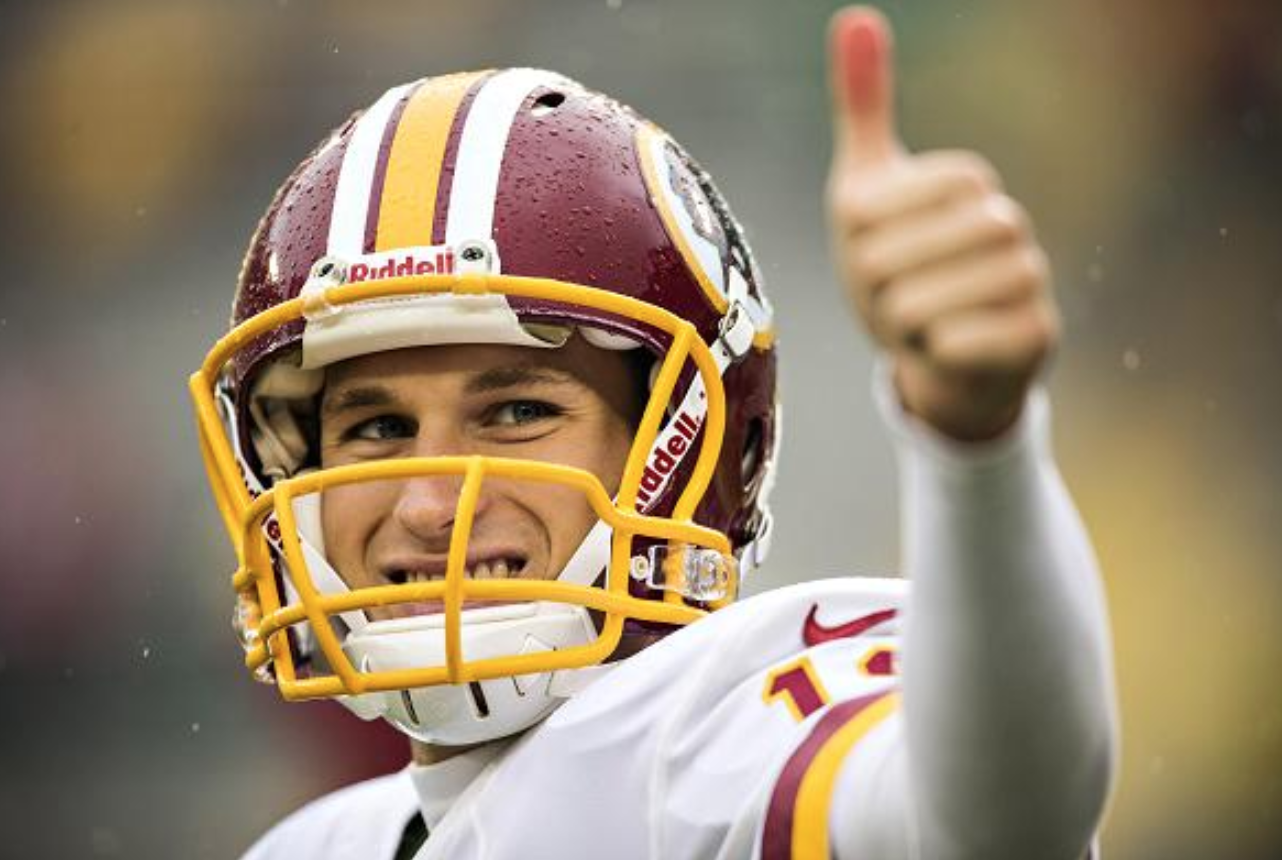 Redskins quarterback Kirk Cousins is set to receive a massive payday some time in the next month or so — it’s just a matter of where he ends up, and how much he’s awarded.

Cousins currently has a number of suitors — the Broncos, Jets, Vikings, Cardinals to name a few — and it’s hard to say that one of those teams is the “favorite” right about now.

The 29-year-old quarterback appears unsure about where he may end up, but he had no problem pondering where his next stop will be, which he did with his newborn son in an Instagram post. Here’s the caption he used to accompany the photo:

Cooper & I are interested in hearing where the best spot is for us. We have no idea yet.

Cooper & I are interested in hearing where the best spot is for us. We have no idea yet. #waiting

Cousins’ agent, Mike McCartney, was not in the room at the time of the photo. He likely has the most information about which teams are the closest to possibly landing Cousins at the current time, but a lot can change between now and when the new league year begins.