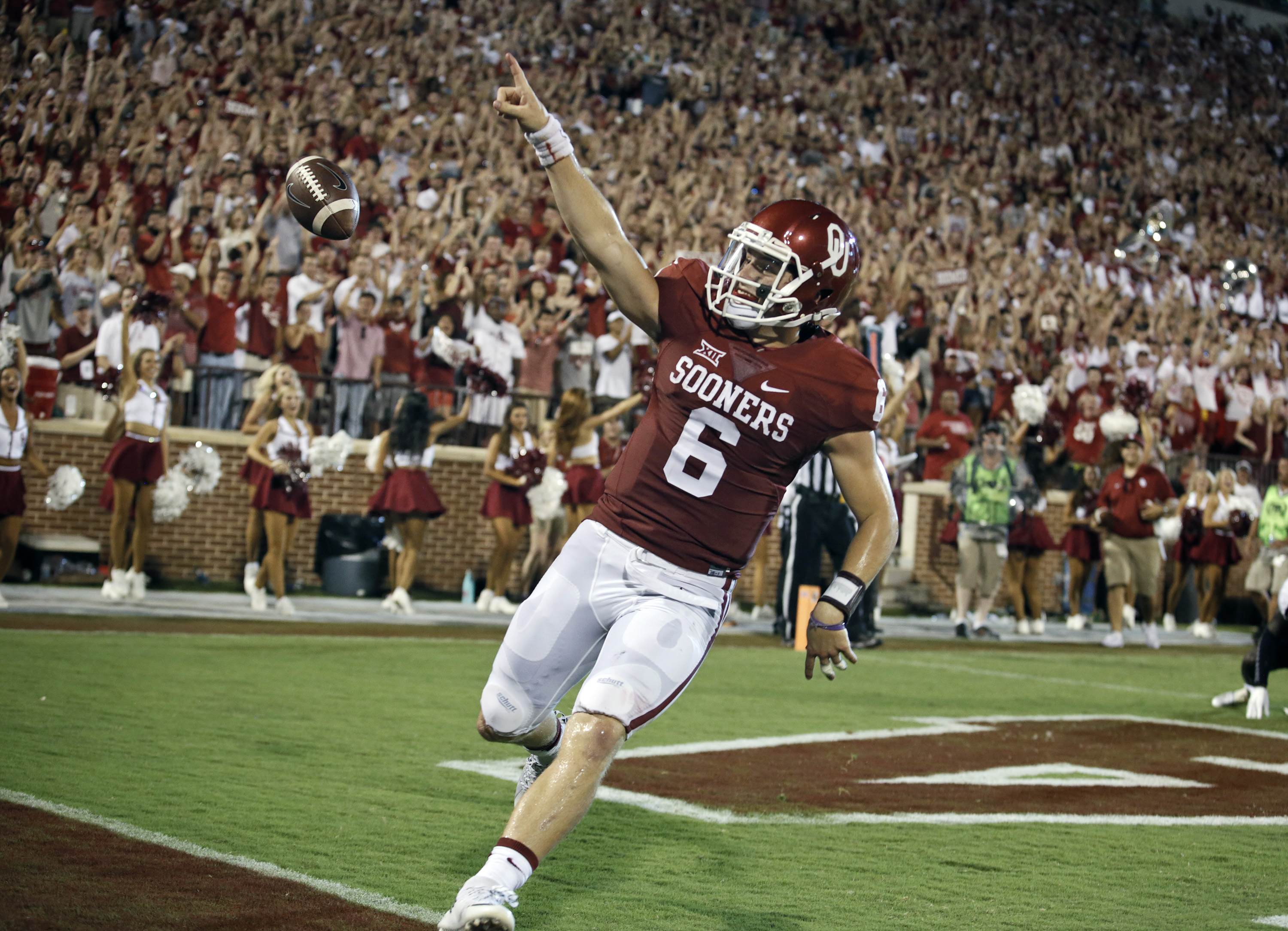 Reigning Heisman Trophy winner and Oklahoma product Baker Mayfield has been drawing comparisons to Saints quarterback Drew Brees, due to his height and throwing mechanics, ahead of the 2018 NFL Draft.

But that’s not the NFL quarterback he’d most like to learn from.

Mayfield, who could end up being the first player taken in the draft, was recently asked which NFL quarterback’s brain he’d most like to pick (aside from Brett Favre and Michael Vick), if given the opportunity. The 22-year-old chose a player who is nearly double his age, and provided a wise answer to the question.

“Tom Brady, no doubt,” Mayfield said, during a Q&A interview with Steve Serby of the New York Post.

The Oklahoma product then explained why he chose Brady.

“I would love to see how he prepares during the week,” Mayfield said. “I’d love to just kind of sit back and watch him first, and then sit down and ask him questions about why. Because I know he does everything with a purpose, so it’d be great to learn from the greatest of all time.”

Mayfield also brought up Brady when asked about what type of legacy he hopes to build in the NFL, specifically how strong the Patriots quarterback’s work ethic is. He also mentioned Favre’s passion, which is interesting, as both he and the former Packers great are known for their strong arms and gunslinger styles.

“I think a mix of things where people talk about Tom Brady, his work ethic and his winning,” he said. “…Brett Favre, his passion for the game, how much fun he had. I want to be able to have a story that I’ve had success but I’ve inspired a lot of people along the way and has been a good role model for kids growing up and something to look up to.”

Learning from arguably the greatest NFL quarterback of all-time — a player who has won five Super Bowls in 19 NFL seasons — seems like a wise choice. Brady is one of the hardest-working quarterbacks in the game, and if Mayfield picked up on some of that, given his skill set, he could develop into a great signal-caller himself.