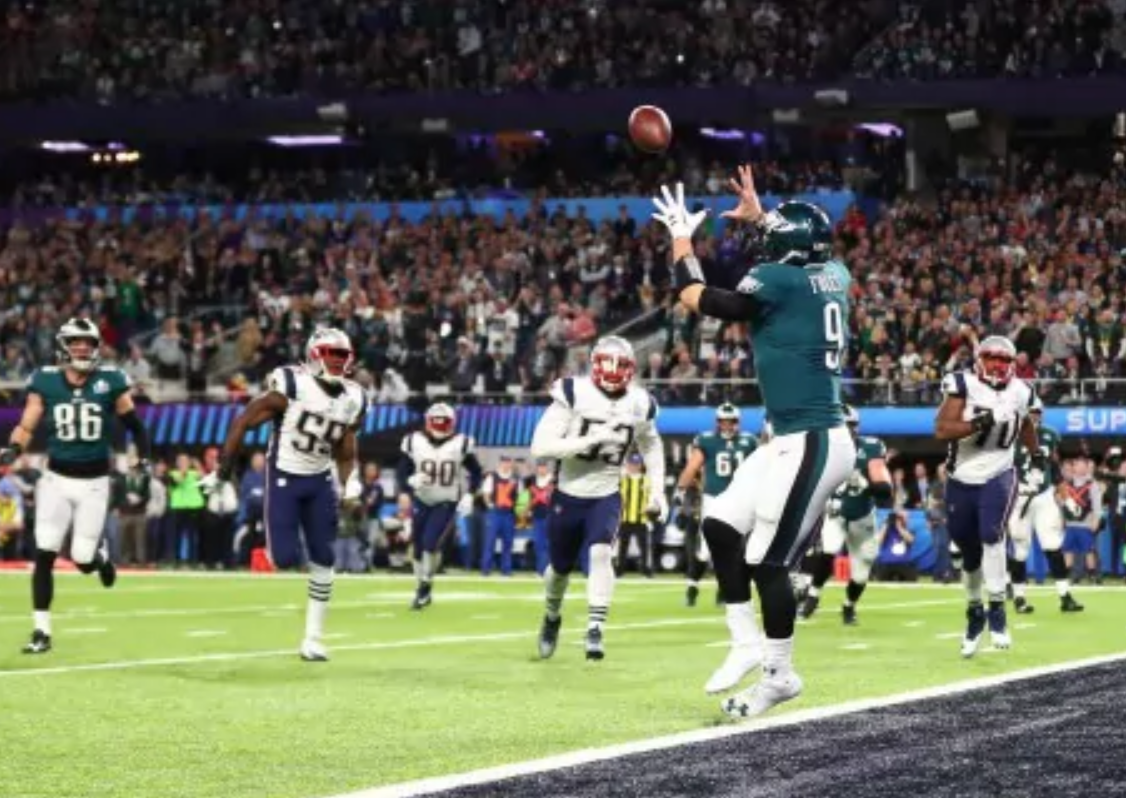 The Eagles are looking to protect the marketing rights to one of the most iconic plays in Philadelphia sports history.

We all remember the “Philly Special” — a play the Eagles ran on fourth-and-goal late in the second quarter of Super Bowl LII. It entailed Nick Foles catching a touchdown pass from tight end Trey Burton, giving the team a double-digit lead heading into the half.

The play was arguably the turning point in the game, and had the Eagles not converted on it, it’s likely that the Patriots would have emerged victorious.

Instead, the play worked to perfection, and the Eagles are looking to own the rights to it. Darren Rovell of ESPN reported that the team recently applied with the United States Patent & Trademark Office to trademark the phrase. An interesting wrinkle has come up, though.

The Eagles aren’t the first in line for the phrase. They’re actually the eighth group to file for it. People in Maryland, Pennsylvania, New Jersey and Florida, as well as the Pennsylvania-based brewing company Yuengling, filed for rights to own the phrase, which refers to the now-famous Super Bowl LII trick play.

Even Yuengling is in on the action, which is interesting. At the end of the day, it’s all about the benjamins, and the Eagles can lawyer up if need be, so we’d be surprised if they don’t come away with the rights, when it’s all said and done.