Bartolo Colon gets drilled in his giant gut by 102 mph, is completely unfazed 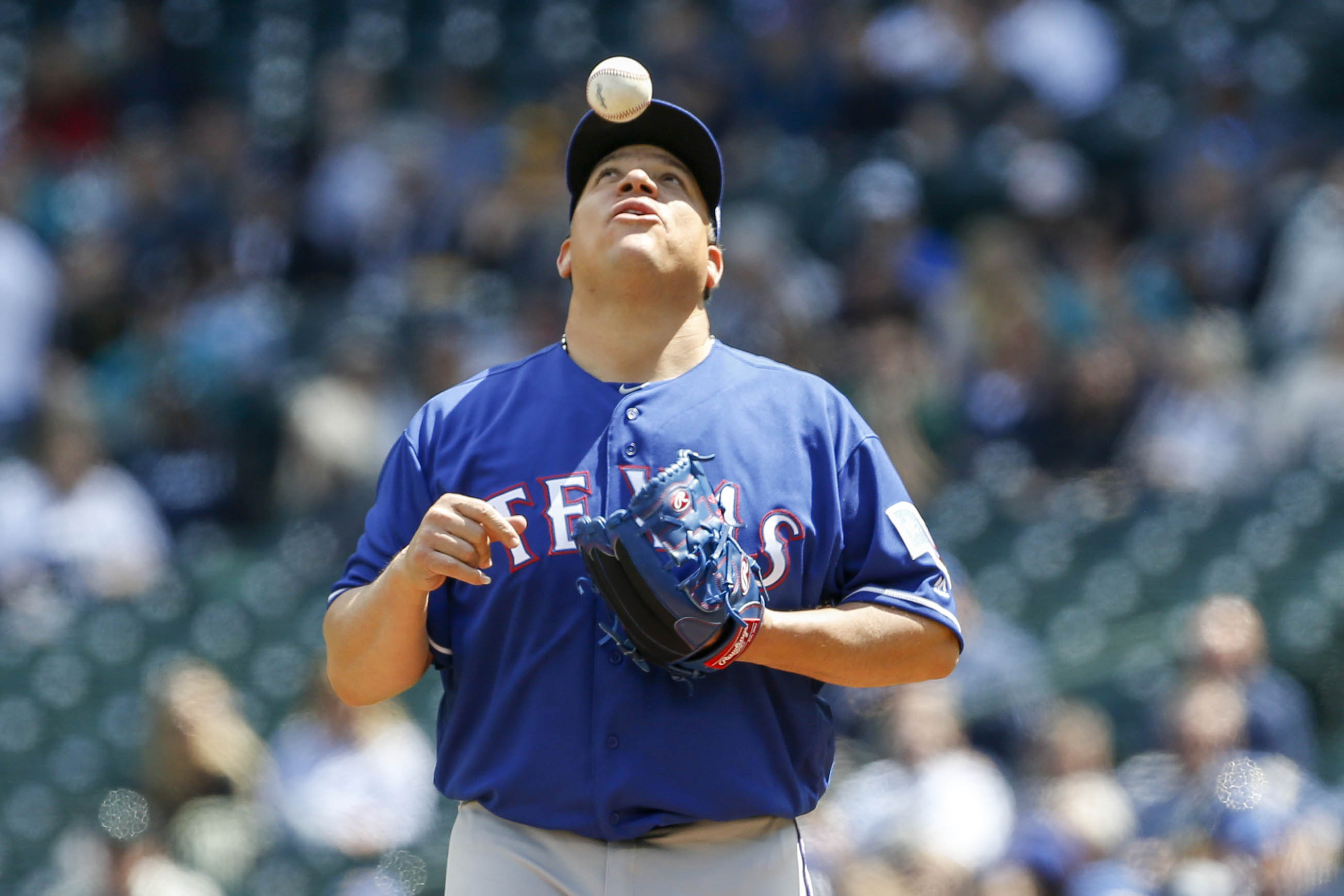 Bartolo Colon gets drilled in his giant gut by 102 mph, is completely unfazed

Colon, to his credit, has the benefit of having some extra padding, especially in his midsection, weighing close to 300 pounds.

That certainly helped him during Wednesday’s game, when he got drilled in the gut by a 102 mph comebacker, which came off the bat of Jean Segura.

That was a 102mph line drive right to the midsection of Bartolo Colon. Trainers and coaches come out, but it looks like he'll stay in the game.

And yet, he was unfazed, and remained in the game.

Bartolo Colon just took a liner off his gut … and is laughing about it.

Colon truly is an ageless wonder. This puts his greatness in perspective.

Rangers starter Bartolo Colon is starting a game that is only airing on Facebook. Bartolo Colon began his MLB career seven years before Facebook existed.