Pablo Reyes, His Ceiling, And What The Future Holds 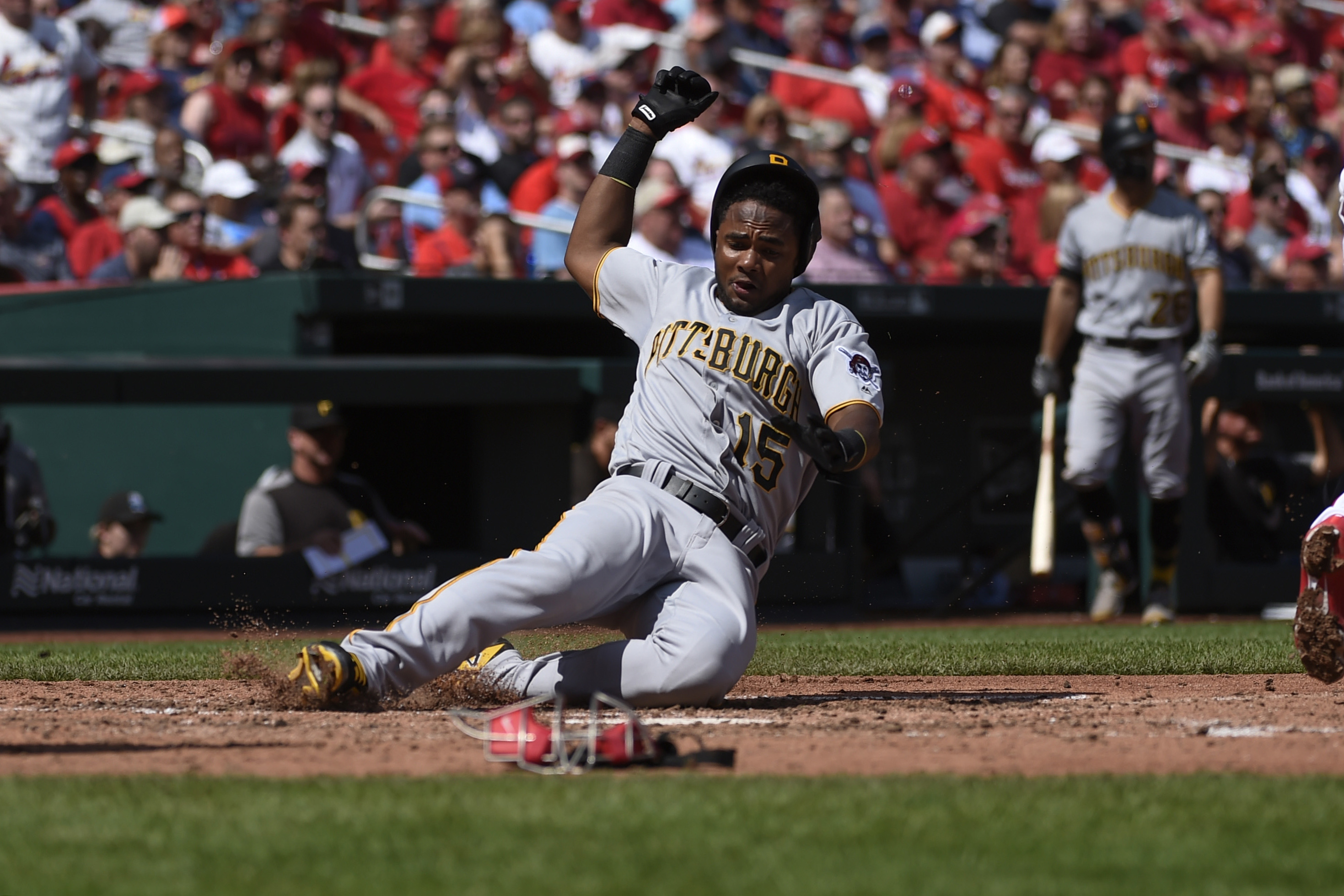 Pablo Reyes, His Ceiling, And What The Future Holds

The Pittsburgh Pirates recalled Pablo Reyes for September.  He has provided a spark for the team so far.  But what is his actual ceiling going forward?

Pablo Reyes isn’t ranked on The Board nor is he ranked on MLB Pipeline’s top 30.  The only mention I can find is from the preseason top prospects for the Pirates, where he was the noted Carson Cistulli prospect (any prospect with a sub 40 FV).  Prospect writer Eric Longenhagen wrote that

“Everything about Reyes is modest: the tools, the physicality, even the outcomes. It’s also sufficient, however. For a player originally signed with a $45,000 bonus, sufficient is a major accomplishment.”

But the Pirates felt compelled to put him on the 40-man roster this September and give him a shot at the Major League level.  Yesterday, Noah Hiles wrote about who Pablo Reyes is, concluding that,

“We all now know who the hell Pablo Reyes is.

He is a major league ball player and he should be wearing a Pirates uniform on opening day, 2019.”

I’m not sure I agree with Noah that Reyes should be wearing a Pirates jersey on opening day in 2019.  He’s only played 10 career games and has 29 plate appearances.  He has versatility in his game, making him a potential 25th man of the roster player.  There are players all over that are similar to that, but with Reyes there’s no cost in either salary (league minimum) or player cost (already on roster).  He’s an internal option, and he’s produced somewhat modestly.

Here’s Reyes’ numbers for his career (ignoring winter league play) by both year and level: 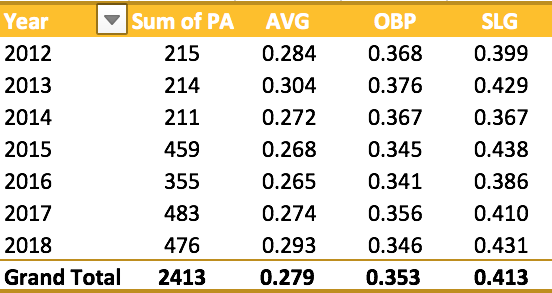 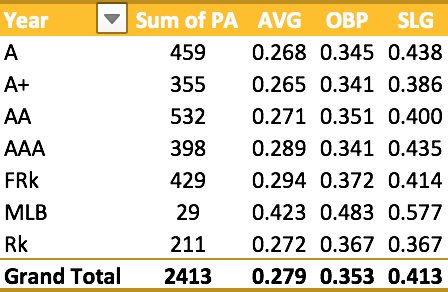 Having a sub 40 FV would equate to a likely 35 grade, and the only 35 grades in the Pirates system are Max Kranick, Grant Koch, and Deon Stanford.  That’s an emergency call-up bat with a 0.0 WAR, or the definition of a replacement level player.

Which makes sense, given the most recent player similar to Reyes that the Pirates had.  Christopher Bostick appeared in 20 games last season for the Pirates and two games this season, despite hitting .295/.351/.436 for Indianapolis and having the ability to play both the infield and outfield.

Using PECOTA, Baseball Prospectus’ projection system, Reyes and Bostick were projected to be similar players a five-year period from 2018-2022 (note, these are before the 2018 season started):

True Average (TAv) is Baseball Prospectus’ linear weight offensive metrics, similar to wOBA with a few more aspects of batting involved in the measurement.  It’s always centered at .260, and both Reyes and Bostick are projected to be below average bats that are usually worth around a half a win.

These are bench players at best, looking at 25th man on roster situations.  The versatility of Reyes is beneficial in an emergency, and the hustle down the line and energy can be useful, those situations tend to land in September.

His comparison player here in Chris Bostick was traded by the Pittsburgh Pirates for cash considerations to the Miami Marlins.  Players like this are always available, but there’s a non zero chance Reyes turns into more than just a replacement player.

But like Longenhagen wrote, Reyes reaching this point with how little he signed for is an accomplishment.  Reaching the Major League level and producing in even just 10 games is a big accomplishment.  The ceiling still remains limited and he’ll have options and bounce back and forth if need be.

The recalling of Reyes over Max Moroff might lend to Reyes being more in favor now, which might be true.  They’re similar in value as players, with Reyes having more flexibility.

While Pablo was better this year at Triple-A than he was in Double-A, the future still seems bland and hard to envision him starting the year off in Pittsburgh.  With Elias Diaz, Kevin Kramer, Colin Moran/Jung Ho Kang seemingly locked in on the bench next season, only two spots remain open.  Jordan Luplow will likely compete for the fourth outfield spot (or starting right field spot with Frazier at second), and a veteran signee will likely occur.

This leaves Reyes back in Triple-A, and that’s what his ceiling as a prospect has been: an emergency callup with flexibility.  But scouting reports don’t always occur perfectly, and here’s to hoping Pablo Reyes can continue to prove them wrong.