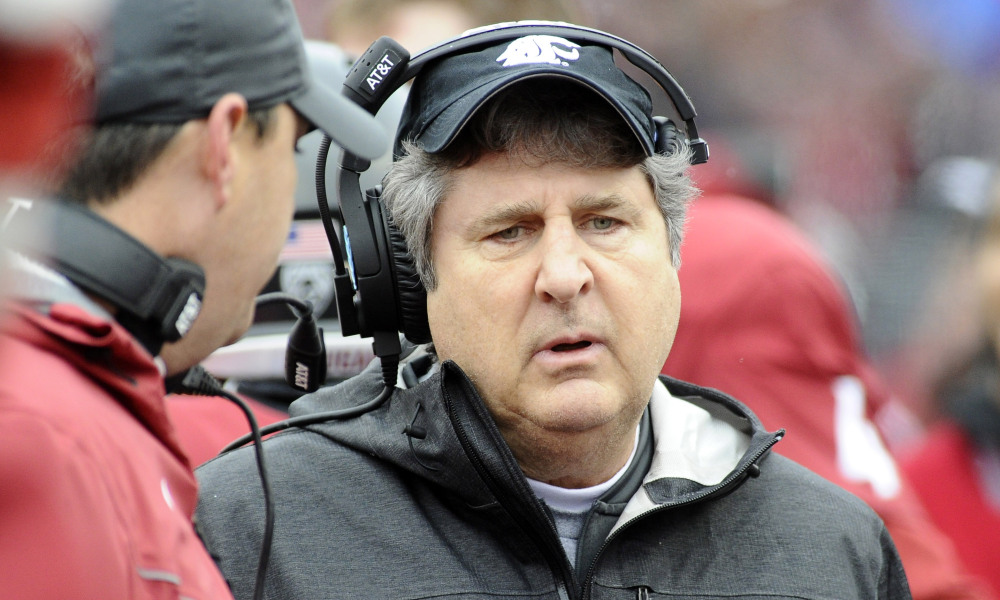 Hello Followers.  I hope you all are having a fantastic day and are basking in the warm glow of Saturday’s night’s EPIC win against the Stanford Cardinal.  I sure know that I am!!!!

As I noted on these here pages last week, by winning on Saturday, the Cougs now own virtually every multi-team Pac-12 tie-breaker that you can possibly think of and have taken just “control” of the North as a result (that is, the Cougs control their own destiny).  A couple of detailed notes regarding the Pac-12 North Race the rest of the way.

1)  As most of you probably know, Washington has yet to have a bye week this season.  As a consequence, they have two games left after they play Stanford: (1) Home against Oregon State; and (2) The Apple Cup in Pullman.  For this reason, barring some unforeseen debacle against the Beavs, Washington’s pre- Apple Cup conference record is going to be known after their Saturday tilt with Stanford.

3) A Washington win over Stanford would all-but guarantee that the Apple Cup will be for the Pac-12 North.  The only way that the AC could have no consequence for the Washington schools (if UW beats Stanford) would be if Washington were to lose to Oregon State or if the Cougs were to tank the next three games (which they/we will not).

4) If Washington beats Stanford (cont.), WSU can afford to lose TWO out of the next three games (including CAL) and still play for the Pac-12 North in the Apple Cup.  That’s how big Saturday night’s win (combined with Washington’s loss) was for this team and this season.

5) Now, if Stanford beats Washington on Saturday, then things can get fun quickly for the Cougs, provided that they continue their winning ways.  For example, if the Dawgs lose on Saturday, then a WSU win over CAL, Colorado, and Arizona would clinch the Pac-12 North for the Cougs prior to the Apple Cup.  By the same token, if Stanford beats Washington, then WSU would “simply” need to win any combination of 3 of the next 4 games (including CAL) to win the North and that assumes that Stanford wins out.

In sum, by winning last week amidst all that Pac-12 craziness, we created a LOT of needed room for error.  Moreover, as I tried to argue last week, the National scene is going to continue to fall into complete chaos over the coming weeks.  So, now more than ever, the focus has got to be on winning one stinking game a week.  Style points don’t matter–just W’s!!!

Last, at the risk of being a tremendous downer, I found myself reflecting over the past two weeks about what the sterling success of this season might mean for the football program moving forward. And while I think that Mike Leach genuinely likes Pullman and would be happy staying at WSU the rest of his career, the fact of the matter is that right now he stands next to Mark Stoops of Kentucky as one of two plausible winners for National Coach of the Year award.  And with the Coaching Carousel being a few weeks away, you can bet that Leach will be one of the most sought-after candidates out there. And, Leach’s attractiveness/allure is only going to go through the roof if we win the Pac-12 North (or better).

So, because I am sure to drink myself under the Table if Leach accepts another job in the midst of an historic run/bowl game for our team, I am going to give you my list of potential successors now, with the intention of linking back to them in December (if need be) after I shotgun about 4 glasses of Scotch.

But before I do, an early and often appeal to Coach Leach:  PLEASE BECOME OUR BILL SNYDER/FRANK BEAMER AND CEMENT YOUR STATUS AS A HISTORIC LEGEND FOR WASHINGTON STATE UNIVERSITY.  STAY FOREVER AND A DAY….PLEASE!!!!!

My Top 10 (Not necessarily in rank order):

As a quick reminder, AD Pat Chun is a Buckeye with deep roots inside that Athletic Department and Day stands as the Bucks #1 Assistant. A disciple of both Urban Meyer and Chip Kelly, Day got needed head man experience earlier this seasons while (Lying) Urban Meyer was suspended.  I would bet the farm that he would get the first call from Chun.

Babers currently has the Cuse ranked in the AP for the first time in 17 years and has a base salary of about 2.4 million.  He’s a west coast guy, with a similar offense to WSU, is a very compelling African American, and almost beat Clemson twice in two years..He’s bound to get a hefty raise this off-season no matter what, and I’m not sure that the Cuse can pay him.

A Leach disciple—he has helped turn around North Texas in a few short years. He also has an OC named Graham Harrell who already showed his mettle at WSU as a quiet mentor to Luke Falk.  These guys would be able to take the wealth of returning pieces and just go!

Has Houston back in the Top 25 in grand style.  Great offensive mind and like Litrell has deep recruiting roots in Texas—which is where Oregon and Oregon State got fat in the 2000’s.

He’s no Chris Peterson, but the guy can coach against Pac-12 competition.  Ask Oregon.

His success at Fresno has been nothing short of remarkable.  Tedford is a tremendous X’s and O’s guy and can talk to recruits about coaching up multiple NFL playmakers.  Problem with him is that he has a record for being a little Dennis Erickson like in his program management.  He’d win early for sure, but after that?

Up and coming offensive guru with deep Air Raid Roots. I would consider him to be a finalist at Oklahoma and USC with Leach if those jobs came open.  Hard to leave a Florida gig for the West Coast, but he’s a 1.75 million a year right now, but, well, money talks.  And so do our returning skill players an O-Line.

Founder of the Speed D. I don’t think he wants to come back, but he was our guy (reportedly) if Leach had gone to Tennessee.

Current DC who was 9-4 in his last season at Minnesota. I have him this far down because I think he’d follow Leach to School X if he left. But a guy that can win 8 games in Minnesota is a good fit for a place like WSU, keeping in mind that the “replace Leach” effort at Texas Tech has been 6-6 at best…

I know a lot of folks would probably be interested in his OC (Beau Baldwin) as the head man. Problem is, I am not sure that we’ve seen enough of Beau Baldwin as an OC at CAL to merit that kind of promotion; and we might be able to get Baldwin anyway as an OC under Claeys, Wilcox, or Grinch.  Moreover, Wilcox “only” makes 1.5 at CAL. Seems like an easy steal if we wanted to go in that direction.

Alright, that’s all the time I have for today.  As this post indicates, great times like this can be really fleeting. So from here on out, I am going to do my best to “stay in the moment” because we are so charmed to have such a fantastic football team and program right now at WSU. And I personally could not be more happy for, and grateful to, Mike Leach, his staff, and our players for the wonderful job they have done for the Washington State University.