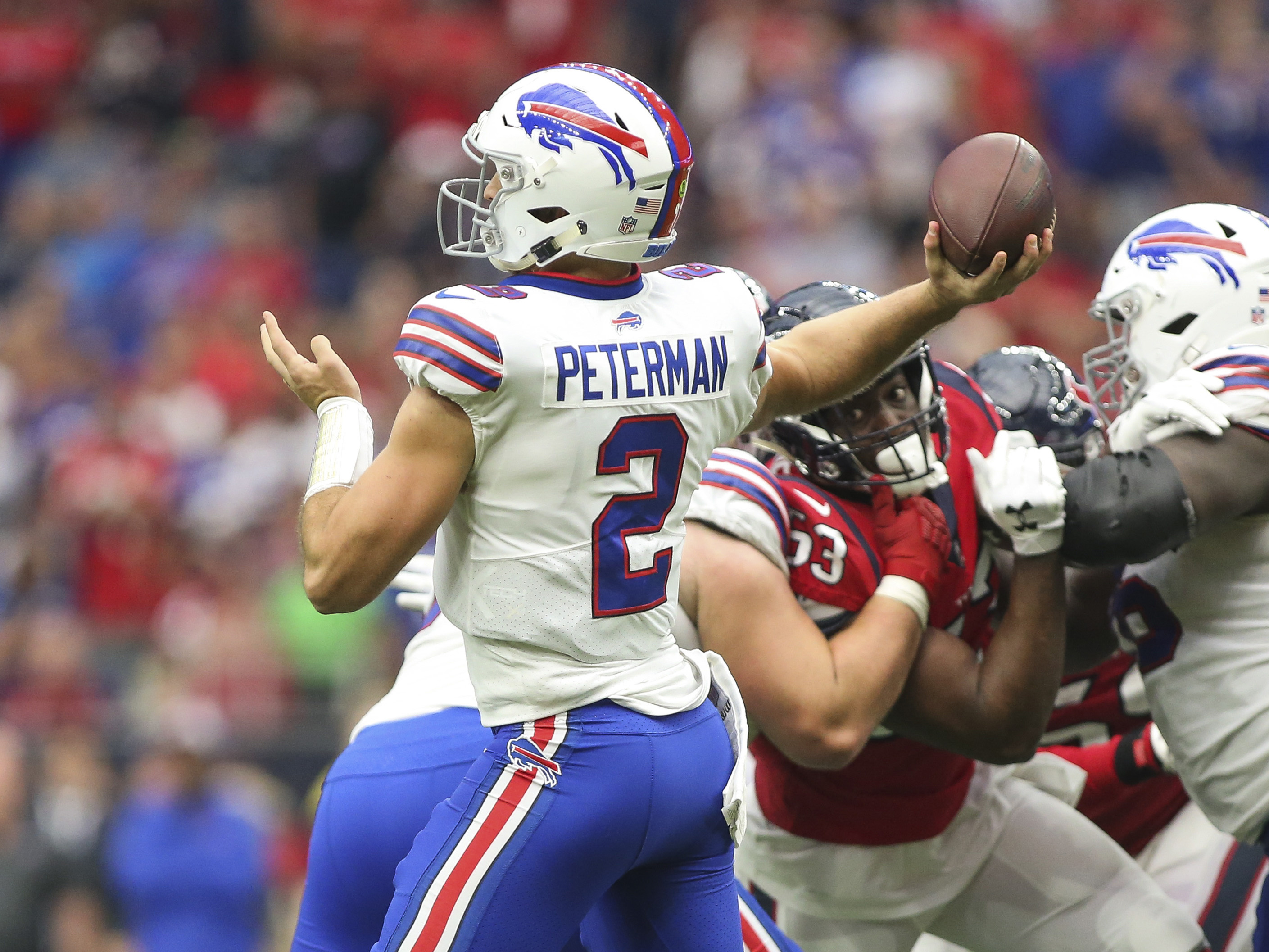 Bills quarterback Nathan Peterman has been getting brutally roasted on social media this season.

It’s a known fact that Bills fans are among one of the most passionate fan bases in the NFL, and while they’ve cheered their team on in the future, this year features them figuring out ways to put Peterman on blast.

The most recent instance of that was seen this week, when a Bills fan created a GoFundMe campaign to get Peterman to retire. The description for the page reads:

“Nathan Peterman, we understand your passion to play football and especially in the NFL. But please for the love of God retire and leave and never come back. WE WILL GIVE YOU MONEY, JUST LEAVE!”

Yikes. Fans are really coming down hard on Peterman, but it’s not all his fault. The offensive line is a mess, and his receiving corps are awful. Kelvin Benjamin can’t even run proper routes. If Peterman has a GoFundMe retirement page, then Benjamin deserves one as well.