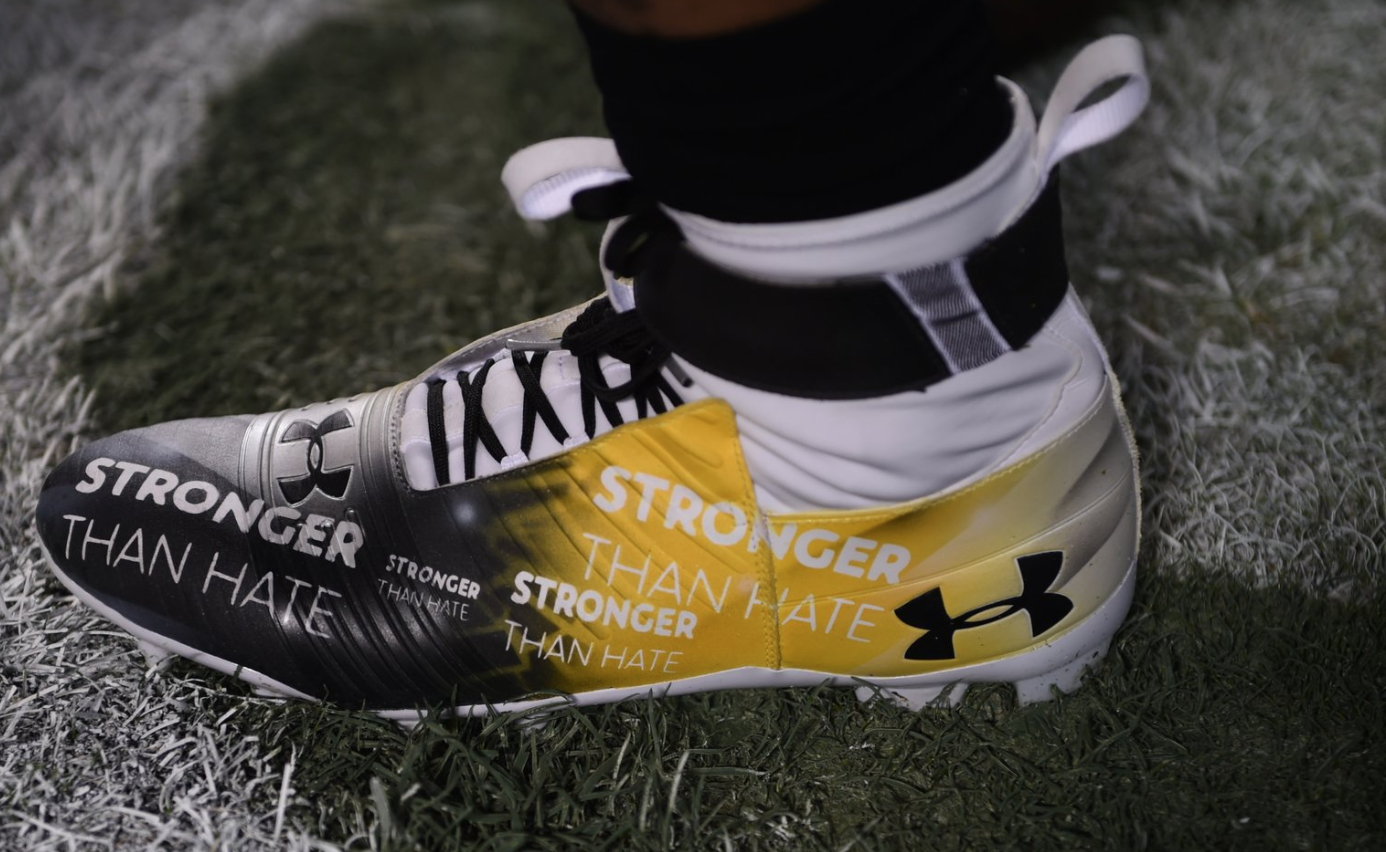 Panthers quarterback Cam Newton has long been supportive of social justice movements, and has pushed for equality among people.

He continued to send that message on Thursday night, ahead of the team’s game against the Steelers. Newton warmed up in cleats that were his way of paying tribute to those that lost their lives in the brutal Pittsburgh synagogue shooting.

“Stronger than hate” and “Hatred can’t weaken a city of steel” were written on the side of the black-and-yellow (Steelers-themed) Under Armor cleats.

Props to Newton for lending his support behind a cause that can use as much as possible right now.