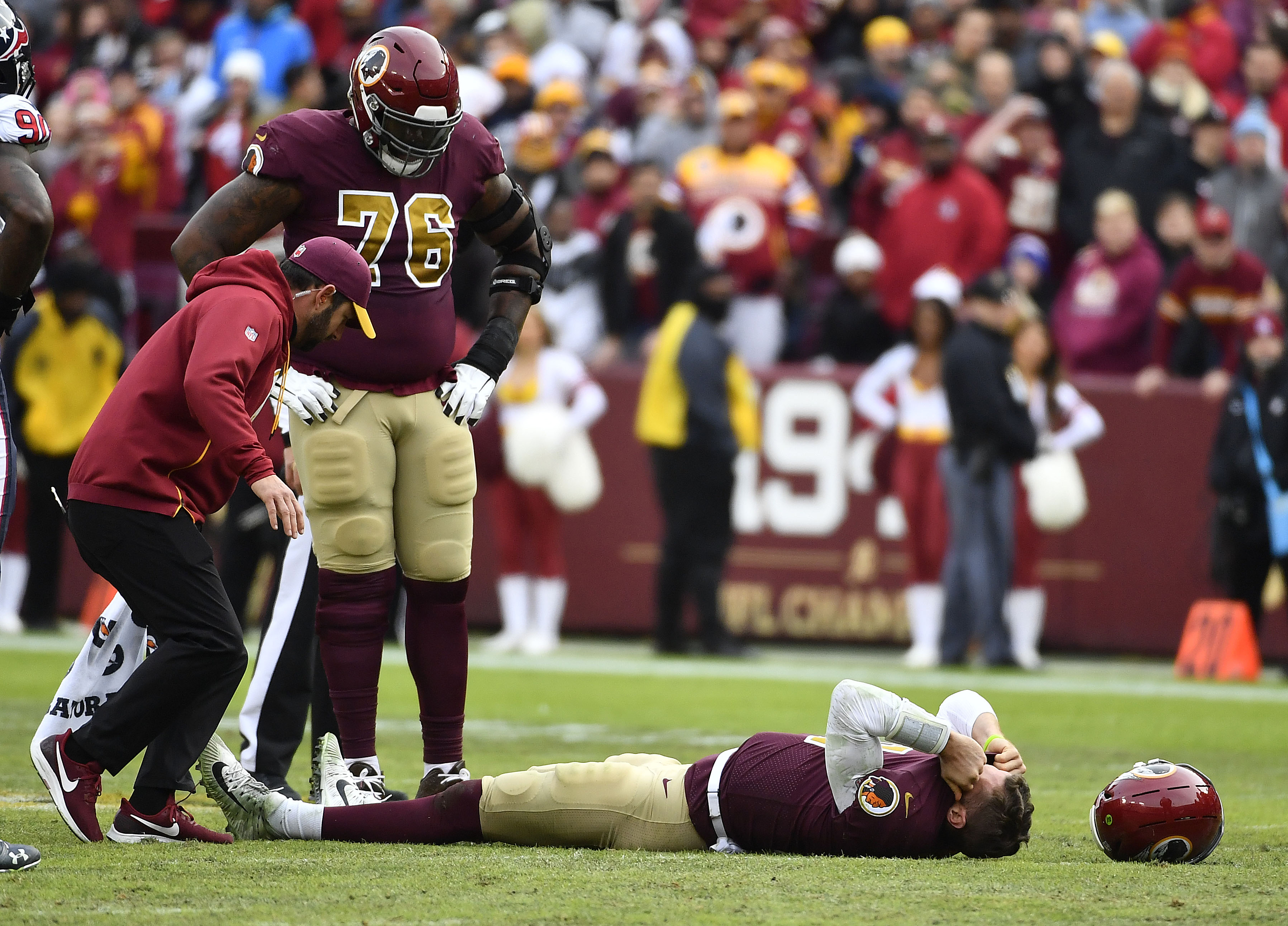 The Redskins a chance to take a stanglehold on the NFC East division lead in Sunday’s game against the Texans, but a brutal injury to quarterback Alex Smith saw them come up just short.

Washington had a chance to win the game via a 63-yard field goal, but Dustin Hopkins’ kick fell just a few yards short, even though it was lined up perfectly. The Redskins went on to lose the game, 23-21.  This Alex Smith injury certainly hurts Washington’s playoff odds.  OLBG will always update this page showing the current best betting offers.

But the play everyone is talking about happened in the third quarter, when Smith took a sack, and his leg twisted awkwardly, appearing to be broken.

The Alex Smith injury, for those who missed it and want to see. It was bad.pic.twitter.com/vrGVMS7EMD

Smith did break his leg in multiple places, and he’ll undergo surgery, according to NFL Network’s Ian Rapoport.

The bad news the #Redskins were dreading: QB Alex Smith will have surgery right away on a broken tibia and fibula. A stellar season is over.

The (6-4) Redskins remain atop the NFC East standings, but the impending Thanksgiving Day game against the Cowboys just got even bigger.