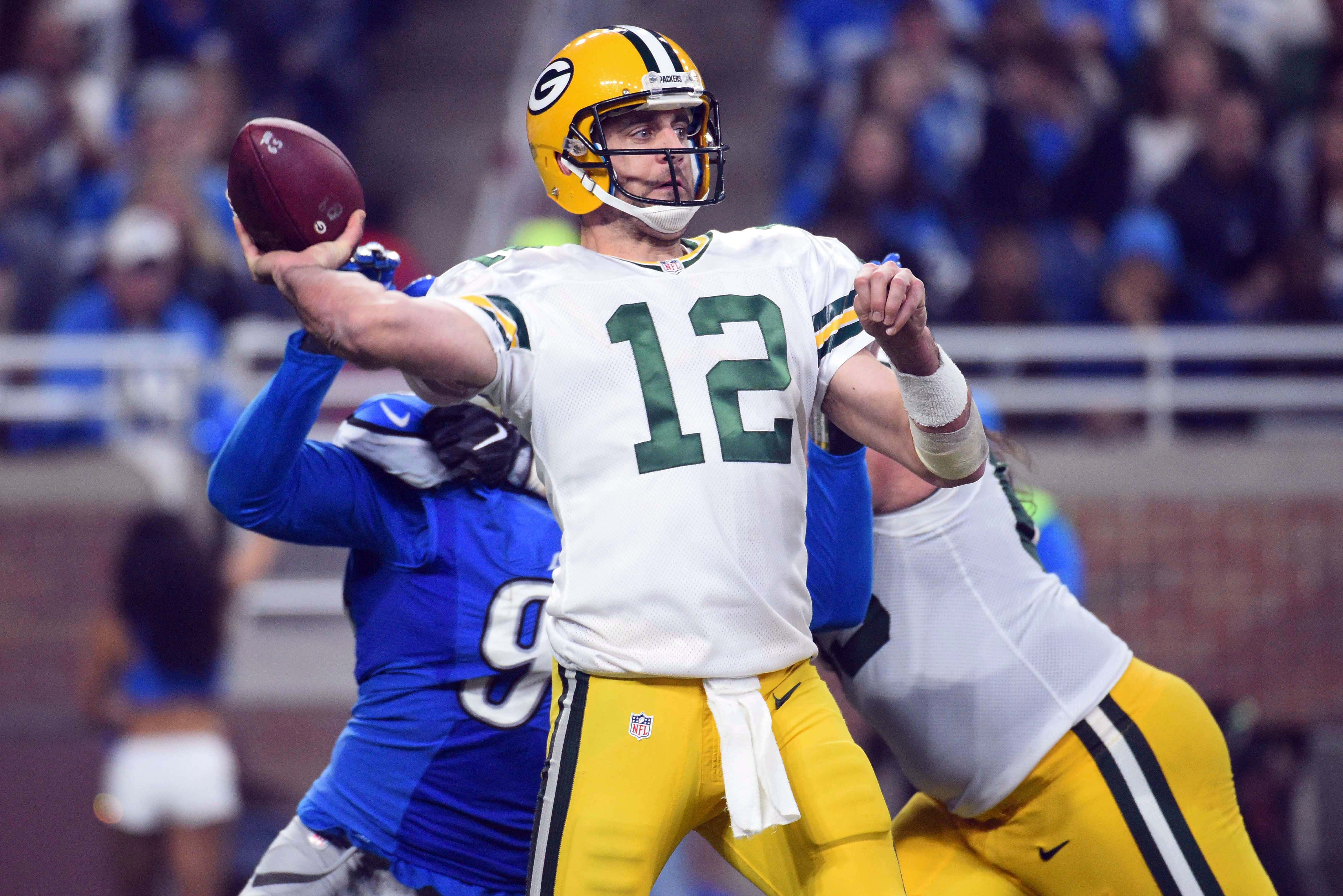 The most famous Thanksgiving game for the Packers came in 1962, when the Green and Gold lost to the Detroit Lions 26-14. It was Green Bay’s only loss in a 13-1 season that ended with Vince Lombardi’s second NFL title later that year. Bart Starr was sacked 11 times in that game.

Here is a look at the Packers seven best Thanksgiving Day games, listed here in chronological order. Feel free to comment or discuss any game you feel was left out and belongs on this list.

The Packers entered this game with a seven-game losing streak on Thanksgiving. The meeting with the Lions was an annual affair from 1951-1963.

Green Bay was a decided underdog with a 2-6 record while the Lions were 7-1. Detroit led 20-10 in the fourth quarter after Hall of Famer Bobby Layne found Dave Middleton with a 56-yard touchdown pass. Layne had already kicked two field goals and two extra points.

But the Pack came back thanks to the passing of quarterback Tobin Rote. Rote found Fred Cone for a 14-yard touchdown pass to the pull Green Bay to within 20-17. Then, on Pack’s next possession, Rote found Jack Losch who made a fingertip catch that gained 42 yards to the Detroit 21.

A few plays later, Rote found Billy Howton for a 13-yard touchdown with just 1:30 left. Layne tried to rally the Lions and got them to the Green Bay 22, but Bobby Dillon picked off Layne’s next pass to preserve the upset win for the Packers.

Lombardi got his first taste of Thanksgiving football in Detroit and came away a 24-17 winner. The Pack jumped out to a 24-3 lead in the second quarter as Paul Hornung ran for two scores while Jim Taylor added one. Hornung also booted a 39-yard field goal. The Packers lost “The Golden Boy” to injury after the first quarter and he was limited to kicking duties for the rest of the game. That stalled the Green Bay rushing attack.

Meanwhile, Earl Morrall helped the Lions get back into the game. After Hopalong Cassady scored on a five-yard run to make it 24-10, Morrall found Jerry Reichow on a 27-yard touchdown and the score was 24-17 at halftime.

The Packers defense stiffened in the second half, never allowing Detroit to get closer than the Green Bay 25 before pushing them back.

The victory evened the Packers record for the season at 5-5 and was their second straight after a five-game losing streak.

After the win, Lombardi had a surprising quote. “We’ll never practice for this Thanksgiving game again,” he told reporters. “We’ll just rest next year. Two games in five days is too much. Both teams were all tired out. That’s why there was no scoring in the second half.”

The Packers offense struggled all season but on Thanksgiving Day, Randy Wright and company put together a strong, 44-point effort before a national television audience.

Wright finished the game with 286 yards passing and three touchdowns including a pair to wideout Walter Stanley and one to running back Paul Ott Carruth.

The Pack trailed 40-30 in the fourth quarter before an 11-yard pass to Carruth pulled the Pack to within three. Then, the Pack forced a punt with just 41 seconds left on the clock. Stanley came up big with an 83-yard punt return for the winning score. Elbert Watts picked off Joe Ferguson’s pass to clinch the victory.

Stanley was the MVP of the game with three total touchdowns and four catches for 124 yards in addition to the punt return for the winning score.

The win improved the Packers record to 3-10 while Detroit dropped to 5-8.

Both teams wore throwback uniforms for this Turkey Day celebration and like any classic it ended in the final minute. The Packers led 29-13 midway through the fourth quarter thanks to a pair of touchdowns by running back Ahman Green. Green gained 102 yards on the ground and added 48 receiving yards to pace the Green Bay offense. Quarterback Brett Favre threw for 252 yards and a pair of scores.

But the Lions turned to backup signal caller Mike McMahon who threw a 29-yard TD pass to Scotty Anderson with 18 seconds left to make the score 29-27. The Lions went for two, but the Packers put pressure on McMahon and he threw the ball out of bounds. Darren Sharper recovered the onside kick attempt to clinch the victory.

Brett Favre had one of the best days of his Hall of Fame career going 31-of-41 for 381 yards and three touchdowns. At one point, Favre completed 20 straight passes to set a new franchise record to lead the Pack to a 37-26 win over Detroit.

Favre was nonchalant about his performance. “I threw it. They caught it,” he told reporters. “Nothing spectacular.”

Donald Driver was Favre’s favorite target. He hauled in 10 passes for 147 yards while running back Ryan Grant rushed for 101 yards and a touchdown while catching six passes for 31 more yards.

The win improved Green Bay’s record on the season to 10-1.

Aaron Rodgers made his first appearance on Thanksgiving and responded with a strong three touchdown performance to lead the Packers past the Lions 34-12. Rodgers finished 28-of-39 for 348 yards while Donald Driver made seven catches for 142 yards and a touchdown.

The Packers fell behind 7-0 on the opening drive before going on a 27-0 run to take control of the game.

Charles Woodson had two interceptions of rookie Matthew Stafford including a 38-yard pick six that rounded out the scoring. Woodson also recorded a sack and recovered a fumble in the game.

The veteran DB was excited to make such a strong showing close to where he played college football. “Being here in Michigan with all the fans I know I still have here,” Woodson said. “I just wanted to remind those guys what it was like back when I was in school.”

The Packers kept their cool, the Lions lost theirs and the result was a 27-14 Green Bay victory and an 11-0 record on the season.

The Pack was ahead 24-0 before Detroit even got on the board. Aaron Rodgers tossed touchdown passes of three yards to Greg Jennings and a 65-yard bomb to James Jones while John Kuhn followed B.J. Raji into the end zone for a one-yard touchdown run.

Controversy erupted when Detroit’s Ndamukong Suh was ejected from the game for stepping on the arm of Green Bay lineman Evan Dietrich-Smith in the third quarter.

The Packers win started more talk of an undefeated season. Rodgers downplayed that. “If we are undefeated after 14 or 15 games, we’ll talk about 16,” the quarterback said.

The Packers finished the season 15-1.