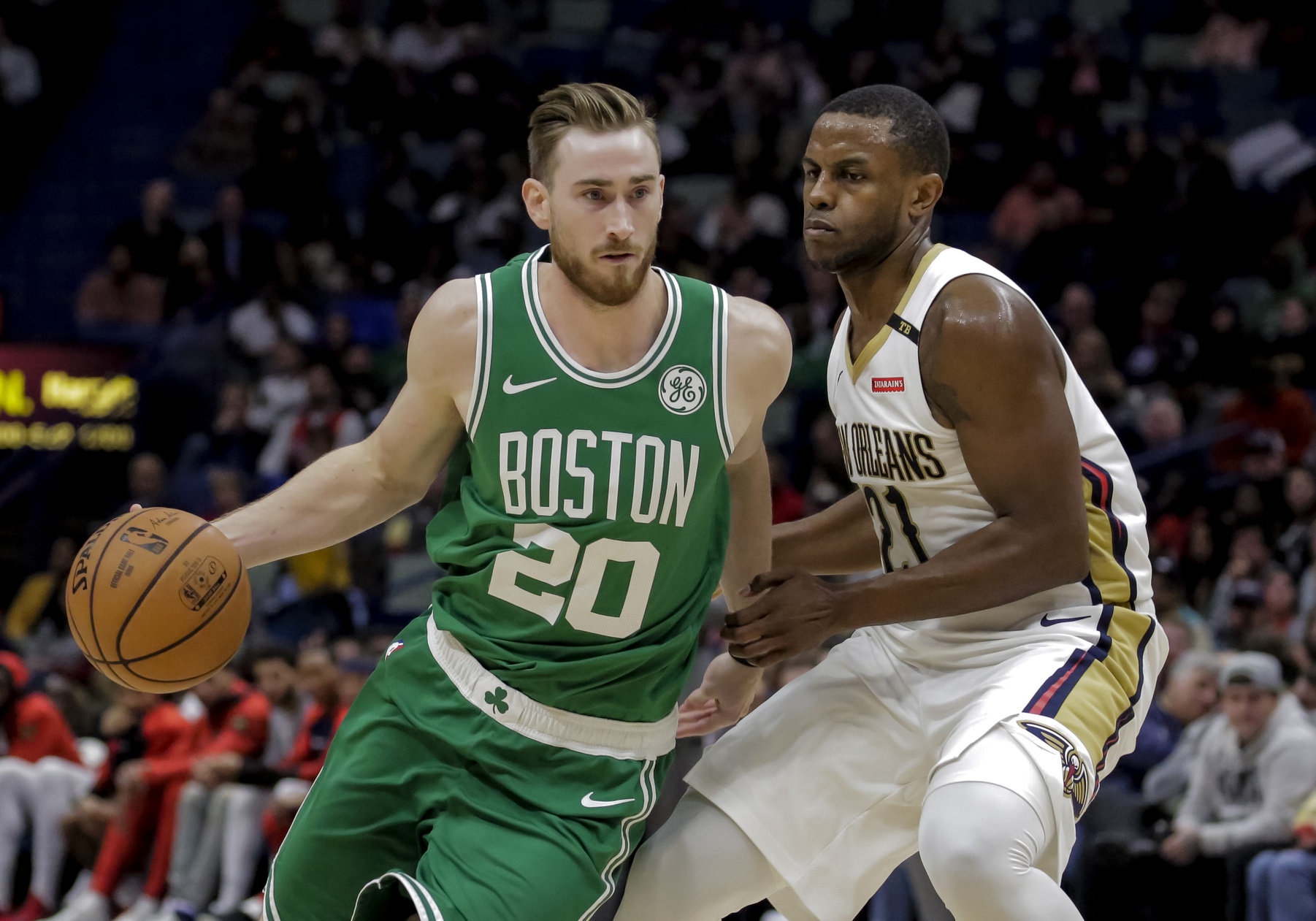 “I think there are times I feel good out there on the court,” Hayward said. “And then there are other times where I feel a little lost, like I’m just floating out there.”

[…] “I need to just be more aggressive for myself, which I think it will help our team out,” he said. “I’m trying to make the right play a lot of times and sometimes that gets me in trouble. It’s about imposing my will on the game, and sometimes you just have to go attack it. I need to do more of that.”

This is something we are all seeing. Part of it is him not being the focal point like he was in Utah. He went from being the number one option there to being maybe the third option at this point, and that’s being generous.

There are often plays where Kyrie Irving and Al Horford play high pick and roll and Hayward stands in the opposite corner as a floor spacer. He’ll do nothing the whole possession but stand and watch, using his gravity as a shooter to clear the way for others.

That has value, but Kyle Korver can do the same thing. This isn’t what Gordon Hayward is used to nor is what he’s being paid for. Eventually the Celtics and Hayward are hoping he’ll progress to his former self.

One way they hope get him closer to that is his passing.

The Celtics’ struggles have hidden some of what Hayward has been able to bring during games. For example, he had four assists in Monday’s game in New Orleans, a statistic that alone seems pretty ordinary. Dig a little deeper, though, and you’ll see he also had 10 potential assists, which are passes that, had a shot gone in, would have been an assist for Hayward.

In my latest for Boston.com, I took a look at how the Celtics are trying to keep him involved by using the one skill that hasn’t left him. The problem is  now becoming that he’s relying on the passing a bit too much, and is now becoming predictable.

Hayward, like the rest of the Celtics has to find a way to stay focused. It’s obvious Hayward is frustrated and that’s starting to permeate the rest of his game. He’s not a easily able to let misses slide. His slow progression is clearly bothering him.

I watch Hayward at practice and see him drilling open shots. His form is there, it’s just the shot at game speed is a little off. The big corner three he hit to help squash a Pelicans comeback in the fourth quarter was big for his confidence, and it’s important to keep building on that.

Honestly, Hayward making a few shots will start making him feeling whole again. He needs to feel dangerous out there again.

Kyrie says he’s pushing Hayward to search for his own shot. Hayward admits he’s too passive in that regard. Tonight against the Cavs could be a nice way for Hayward to take advantage of a bad team to get himself back on track.

Most of this change is due to Horford shooting a blistering 61.9 percent on 2s and 37.1 percent on 3s off of Irving’s passes this season, far better than the 2017-18 campaign. But one of the reasons why the Celtics outperformed expectations and why Irving’s name was in the MVP race last year was the amazing chemistry between these two.

Last season, Irving shot 51.8 percent from the floor on passes from Horford (a ridiculous 48.2 percent on 3s) but just 43.0 percent on passes from all other players. That magic between Irving and Horford isn’t happening this season as Irving is shooting just 43.7 percent on his passes. In other words, it’s leveled out. Everyone on the Celtics has to shoot better, but rekindling the Horford-to-Irving interaction can help turn things around.

Without watching the game tape to see why this is happening, I’m going to guess it’s because the Celtics offense is just different than it was last year. Horford has more passing options and the passes to Kyrie aren’t hitting him in the same spots on the floor.

It’s something to watch, and I’ll be interested to see if that number changes with Smart and Morris on the floor.

“I think also he’s interested in the fashion of it, the culture of skateboarding,” Rodriguez said. “The sneakers, our clothing, stuff like that is something it seems like he’s been influenced by.”

Irving said as much to MassLive as well.

“What (Rodriguez) has done, his creativity, and now for me to embrace the skate culture like I have for the last years of my life, but more or less bringing out my shoes and putting the skate stuff, it always comes from inspiration with him and other skate guys,” Irving said.

Kyrie has talked a little about his SB infatuation recently. The good thing for all of us is that he’s not really skating anymore… and if he is it’s basic stuff. No half-ollie flubelcranks or whatever the hell those tricks are called.

As always, I appreciate Kyrie Irving’s individuality. It’s clear he’s evolving as a person and as a player. I think it’s cool to watch.

Globe: The time Paul Pierce and Kendrick Perkins couldn’t get into an NYC club, and other stories from ‘The Tradition’  |  With new contract, Mike Gorman gets a break in the action