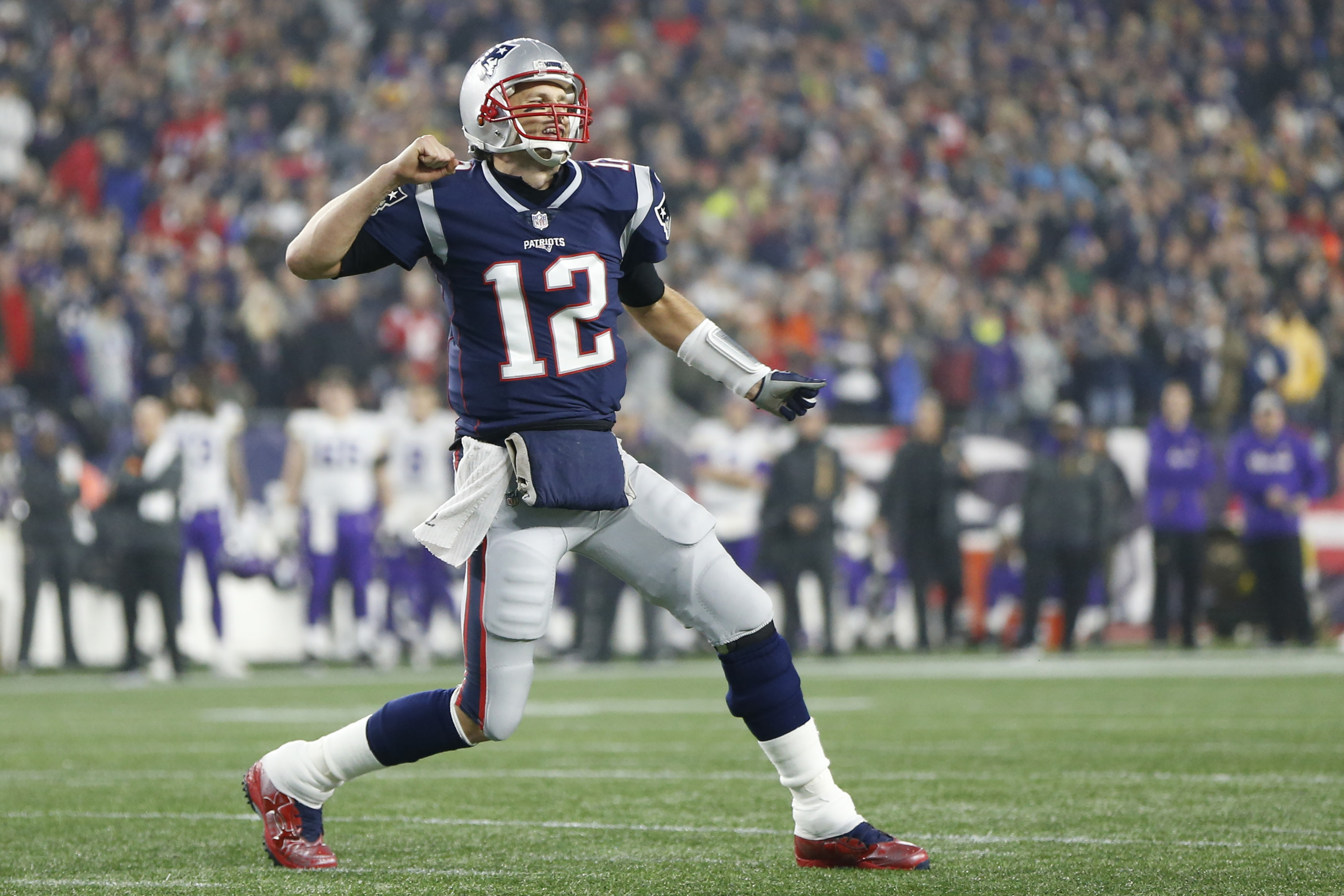 Patriots quarterback Tom Brady has won more Super Bowls than any quarterback in NFL history, and he’s shattered many records during his time in the NFL.

Really, there’s only one area of his game that he’s not known for excelling in — running the ball.

Brady is a prototypical pocket passer, and especially now that he’s 41 years of age, it’s not like he’s really going to beat teams with his legs.

He did, however, surpass the 1,000-rushing yard milestone during Sunday’s game against the Vikings, and he did so on this play.

Hitting that mark was just another notch on Brady’s bedpost.