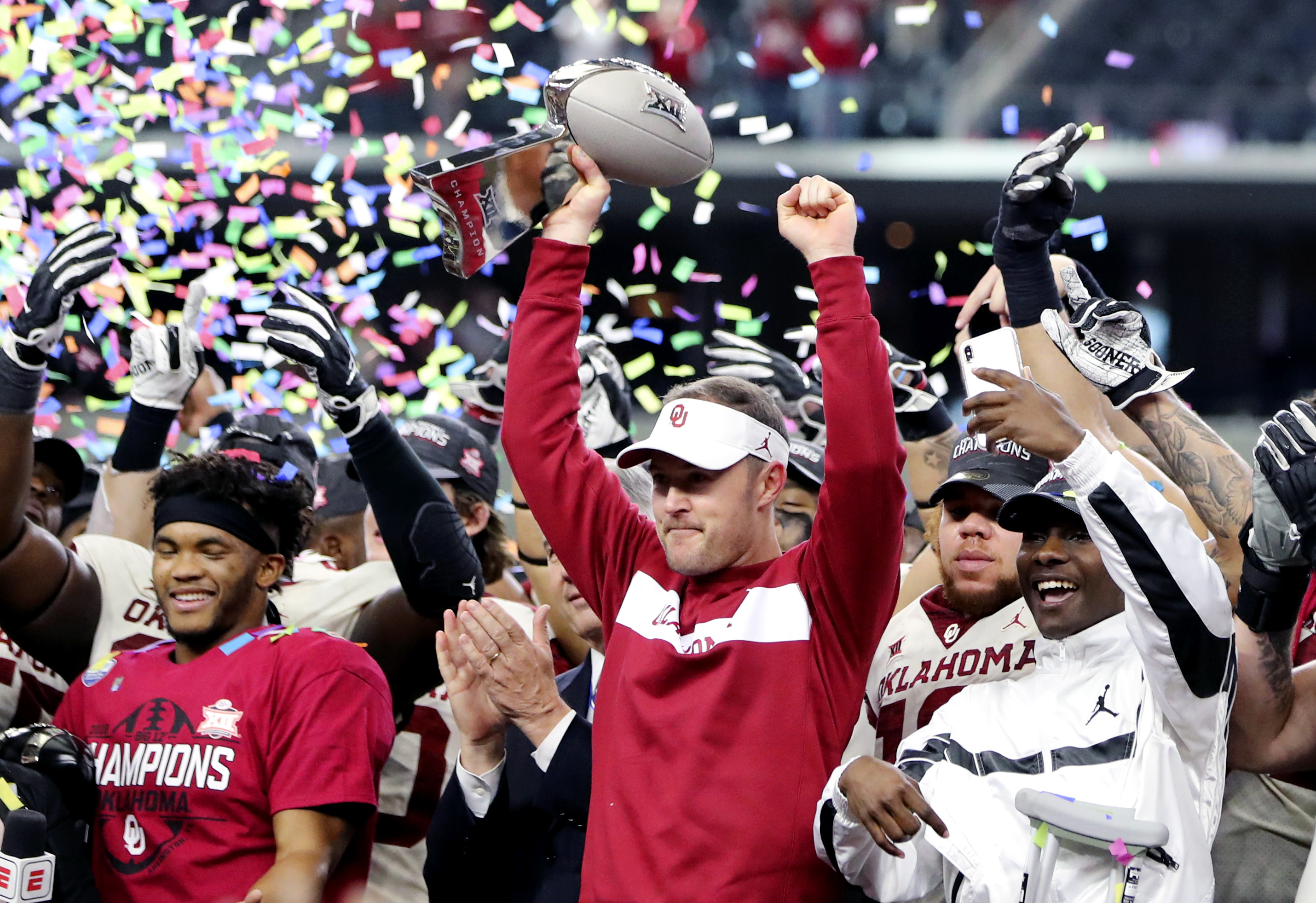 The Green Bay Packers are in search of a new head coach to replace recently-fired Mike McCarthy, and all of a sudden, Oklahoma head coach Lincoln Riley appears to be near the top of the list.

Riley is currently the head coach of the Oklahoma Sooners, so his focus right now is on the team’s upcoming College Football Playoff matchup against Alabama.

Still, it’s hard not to pay attention to how much the betting odds have changed in less than one day, giving rise to rumors that the Packers are interested in him.

Riley was 10:1 on Monday morning, roughly 12 hours after McCarthy was relieved of his duties.

You can bet on this at https://t.co/RIw97N3oCf promo code GOBLUE for 120% 1st deposit BONUS CASH!

However, Riley received a ton of betting action soon after. He’s now listed as only 2.75:1 odds to become the Packers new head coach.

The next coach of the #Packers will be…

This makes sense, given that Riley had so much success developing and working with quarterback Baker Mayfield, and how prolific the Sooners’ offense — which is based on spread principles — has looked.

It appears the Packers want two qualities in a new head coach, first and foremost:

Riley is both of those things, and he’s a young mind that could possibly develop a great personal relationship with Rodgers — something McCarthy clear did not have.

Right now, odds suggest he’s near the top of the Packers’ coaching list, along with Josh McDaniels and John DeFilippo, and understandably so.