Aaron Rodgers Still Has a Problem with His Young Receivers 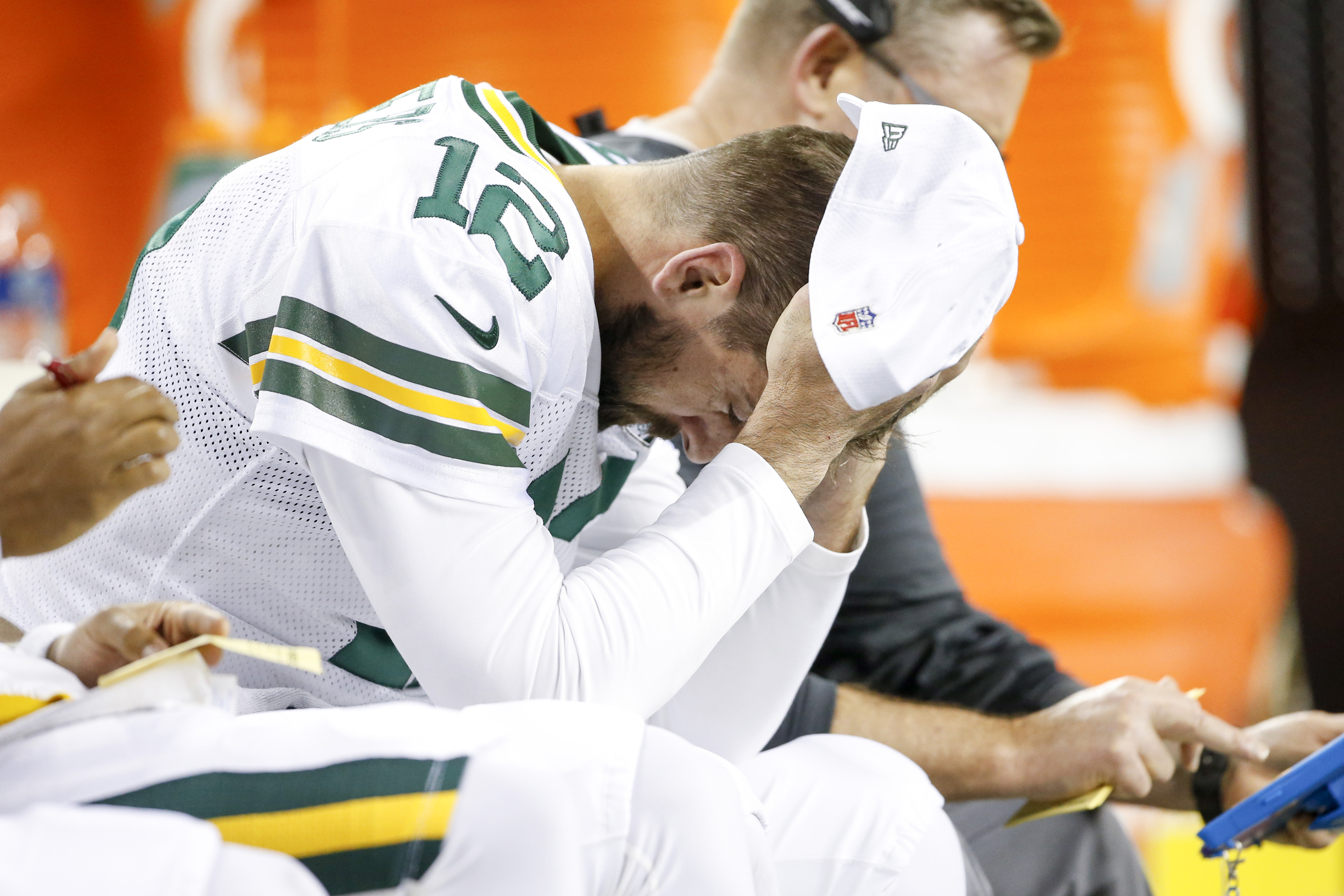 Aaron Rodgers Still Has a Problem with His Young Receivers

This has been a frustrating season for Aaron Rodgers and the Green Bay Packers. The Packers will miss the playoffs for the second consecutive year and will have back-to-back losing seasons for the first time since 1990 and 1991. But the surprising thing is that after 14 games, Aaron Rodgers still clearly has issues with his three young wide receivers, Equanimeous St. Brown, Marquez Valdes-Scantling and J’Mon Moore. After the Packers loss to the Bears, Rodgers practically threw those young receivers under the bus during his postgame press conference.

This has been a difficult season for Rodgers. His completion percentage is down, and the number of inaccurate throws and balls thrown away are up considerably. Last season, he completed 64.7 percent of his throws and his last healthy season before this one, 2016, the number was 65.7 percent. This season, the number has fallen to 61.8 percent.

Part of the problem has been the turnover at receiver. In 2017, Rodgers had a more experienced group to throw to including Davante Adams, a healthier Randall Cobb and Geronimo Allison and of course his favorite target, Jordy Nelson.

This year, while Adams has been spectacular, Allison was lost for the season early and played in only five games, Cobb has played in only eight games and been limited in others and Nelson was let go by the team in the offseason. New tight end Jimmy Graham has been very ordinary, and the three rookie receivers have struggled to pick up the offense and get on the same page as their quarterback.

Rodgers said the team’s offense is much different when Cobb is available to play. “When Randall’s healthy I think our offense has been different because we have a true slot guy who can make plays in the slot consistently,” Rodgers said. “But he’s missed a lot of games this year and he got banged up today late. [It makes a difference] having a slot guy like that who legitimately can get open time and after time when we need it.”

Rodgers tried to keep things cool by adding, “Obviously I feel good about our young guys and our tight end situation going forward and obviously, we have a supreme talent in Davante,” but it was clear he was saying he didn’t feel he could rely on his young receivers to be where he thought they should be.

Rodgers is now clearly entering a different phase of his career and he acknowledged this, comparing his situation to the one Brett Favre was in when Rodgers was a rookie in 2005. “That’s what I told Favre when I was talking to him in the offseason,” Rodgers explained. “I understand more what it was like for him to be 36 or 37 in the locker room and feel closer to the trainers and some of the equipment guys because all the guys you kind of grew up playing with are gone.”

Rodgers knows that he needs to adjust to this new situation. “I think you have to dedicate yourself to getting to know your teammates and spend time with them and being intentional about getting to know them and what they’re all about and how important team chemistry is,” he said. “Obviously not having Jordy around has been different, and Randall and I have been close for years, I always hanging with the offensive linemen and Davante. We’ve got a good young group of guys, that is a different part of it and that’s not going to change as long as I’m still here. It’s like the movie, ‘I get older and they stay the same age,’ the new guys. Thank you, that’s ‘Dazed and Confused.’”

A look at the statistics shows Rodgers’ lack of confidence in his young receivers. Adams has 100 catches. Graham is next on the team with 49 followed by Cobb with 37. The veteran Allison has 20 receptions despite missing so much time due to injury. Meanwhile, Valdes-Scantling leads the rookies with 30 while St. Brown has 16 receptions and Moore just one.

There were factors that hurt Rodgers’ ability to develop chemistry with his young receivers. The injury he suffered in Week 1 kept him from practicing early in the season and reduced his practice time throughout the better part of the campaign.

Rodgers also played very little during the preseason, which didn’t allow him to get many reps with the rookie wideouts. In addition, the rookies started the season fourth, fifth and sixth on the depth chart, so most of their practice time in training camp came with backups DeShone Kizer and the now departed Brett Hundley.

Young receivers also need to know what to do when Rodgers scrambles and extends plays. That is one of Rodgers’ strengths, but he has not been confident that his young receivers would be where he expects them to be on these plays. As a result, Rodgers has held the ball longer or thrown the ball away or made inaccurate throws.

These factors hindered Rodgers’ ability to feel confident in his receiving corps. There have been games where Adams was the only experienced wide receiver on the field and that clearly effected Rodgers’ approach to the game.

In the NFL, the difference between success and failure on these plays is a fraction of a second or a few inches. This season, Rodgers clearly hasn’t had enough confidence in his young receivers to turn third downs into first downs consistently and to play at the top of his game. Rodgers may be trying to protect his young wideouts, but he clearly believes they are a considerable part of the reason he and the offense aren’t clicking. Regardless of who the coach is and who the receivers are next season, Rodgers and the Packers need to make sure this problem doesn’t happen again.