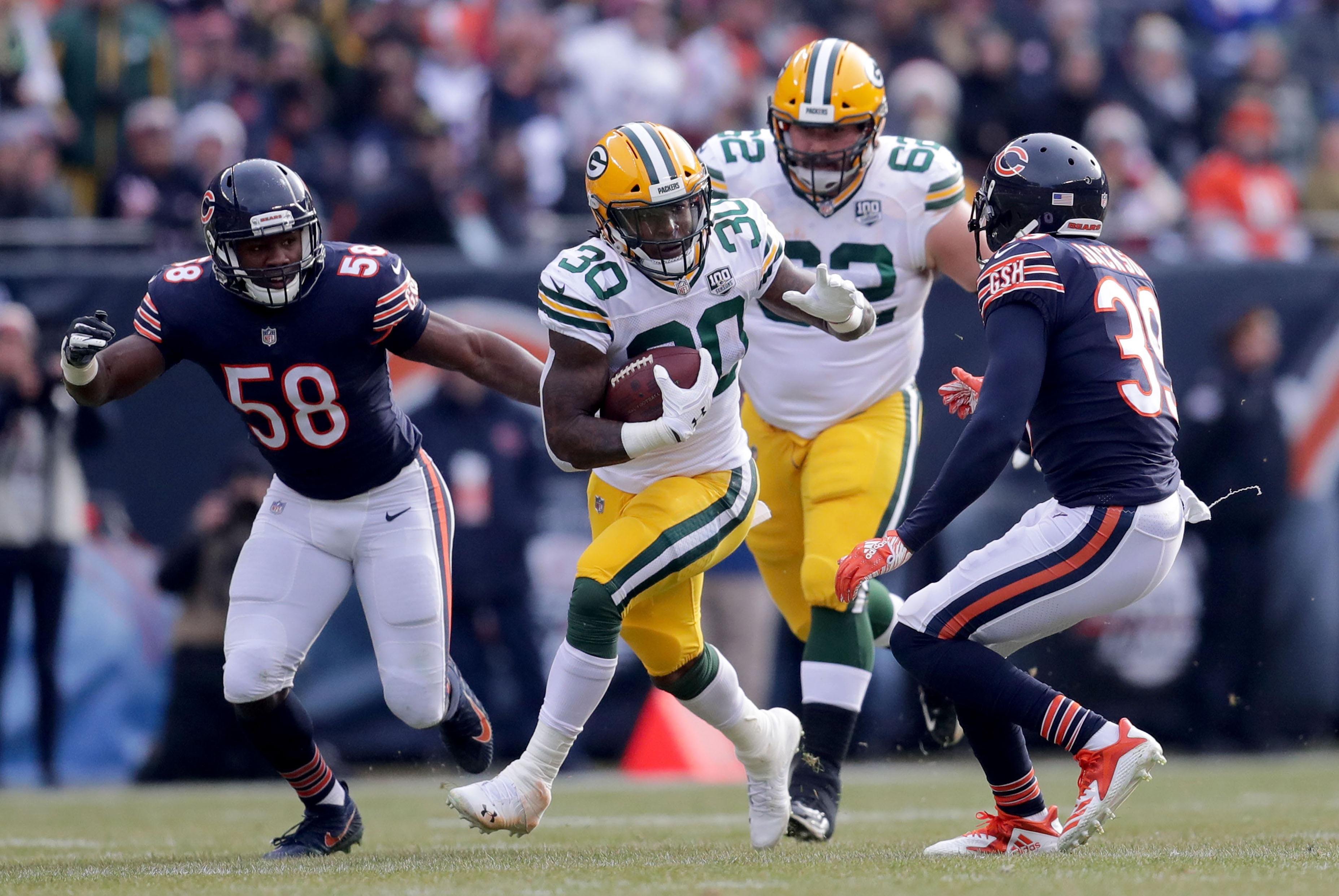 The Green Bay Packers were considered contenders by most media members entering the 2018 NFL season. Before the season started, the experts felt the Packers were one of the more talented teams in the NFC and most prognosticators had the Packers picked to at least reach the playoffs as a wild card. Now, after 14 games, the Packers are no longer the most talented team in their own division. Both the Bears and Vikings appear to have deeper rosters than the Packers and the results showed on the field this season.

Go through the roster and look for playmakers. The Packers trail both the Bears and Vikings by an obvious margin.

Compare the Packers and Bears on defense. The Packers have only a handful of play makers on defense when healthy. Mike Daniels and Kenny Clark are Pro Bowl caliber players and Jaire Alexander has the potential to reach that level but isn’t quite there yet.

The Bears, on the other hand, have a deep group of impact players on defense. Green Bay has no edge rusher who can come close to Khalil Mack and Akiem Hicks is an excellent defensive tackle. The Packers have no linebackers as good as Roquan Smith who is still just a rookie or Danny Trevathan. Kyle Fuller has seven interceptions and is an excellent cover corner while Eddie Jackson has six. Adrian Amos is a better safety than anybody the Packers have on their roster right now. The Bears also have a lot more team speed on defense throughout their lineup.

The Bears have fewer impact players on offense, but the cupboard isn’t completely bare. Tarik Cohen and Jordan Howard are play makers capable of breaking off big plays at any time. Mitch Trubitsky is improving as a quarterback but isn’t in Aaron Rodgers’ class just yet, even if his quarterback rating isn’t far behind him this season.

On the offensive line, the Bears don’t have anybody as good at pass blocking as David Bakhtiari, but the group is solid and consistent and overall is better at run blocking than the Packers front.

Minnesota also has a much more talented group on defense than Green Bay on paper.  Danielle Hunter has 14.5 sacks and provides more pass rush off the edge than any Packers player while Sheldon Richardson and Linval Joseph clog up the middle. The Minnesota linebackers are stronger across the board and Anthony Barr and Eric Kendricks are standouts. Xavier Rhodes and Harrison Smith are very strong in the secondary.

If we go from players 1-53, the Packers are no longer a clear-cut choice as the most talented team in the NFC North. They have fewer impact players than both the Bears and Vikings and have less depth than those two teams as well.

The biggest reason for the problem is the poor drafts that former GM Ted Thompson had in recent years. Bakhtiari is the only player left on the Packers roster from the 2013 draft while Adams and Corey Linsley are the only two on the team from 2014. Jake Ryan is the only player remaining from the class of 2015 and he spent the entire 2018 season on the injured reserve list.

This year’s free agent class didn’t pan out as hoped either. Jimmy Graham had a disappointing first season in Green Bay and admits his numbers have been well below expectations. Muhammad Wilkerson played in only three games before getting injured and so did Davon House.

The talent gap isn’t huge, but it is clear. This season, when Aaron Rodgers has an off year, the Packers fell far behind both these teams in the standings. GM Brian Gutekunst has been working to rework the roster, discharging players like Ha Ha Clinton-Dix and Ty Montgomery mid-season to remake the roster in his own image. The fact is this rebuild is probably closer to the beginning than the end.

The Packers aren’t far behind the Bears and Vikings, but they do have ground to make up. In the past, Rogers superior play at quarterback often made up for deficiencies in other areas of the roster. Now, with Rodgers having an off year, the Pack fell below .500 and missed the playoffs for the second straight year.

This offseason will be an eventful one for the Packers. They will be hiring a new coach and should have a lot of cap room to sign free agents and bring in new players. Rest assured the 2019 club will look very different than this year’s edition. The Packers also hope the results will be different, too.