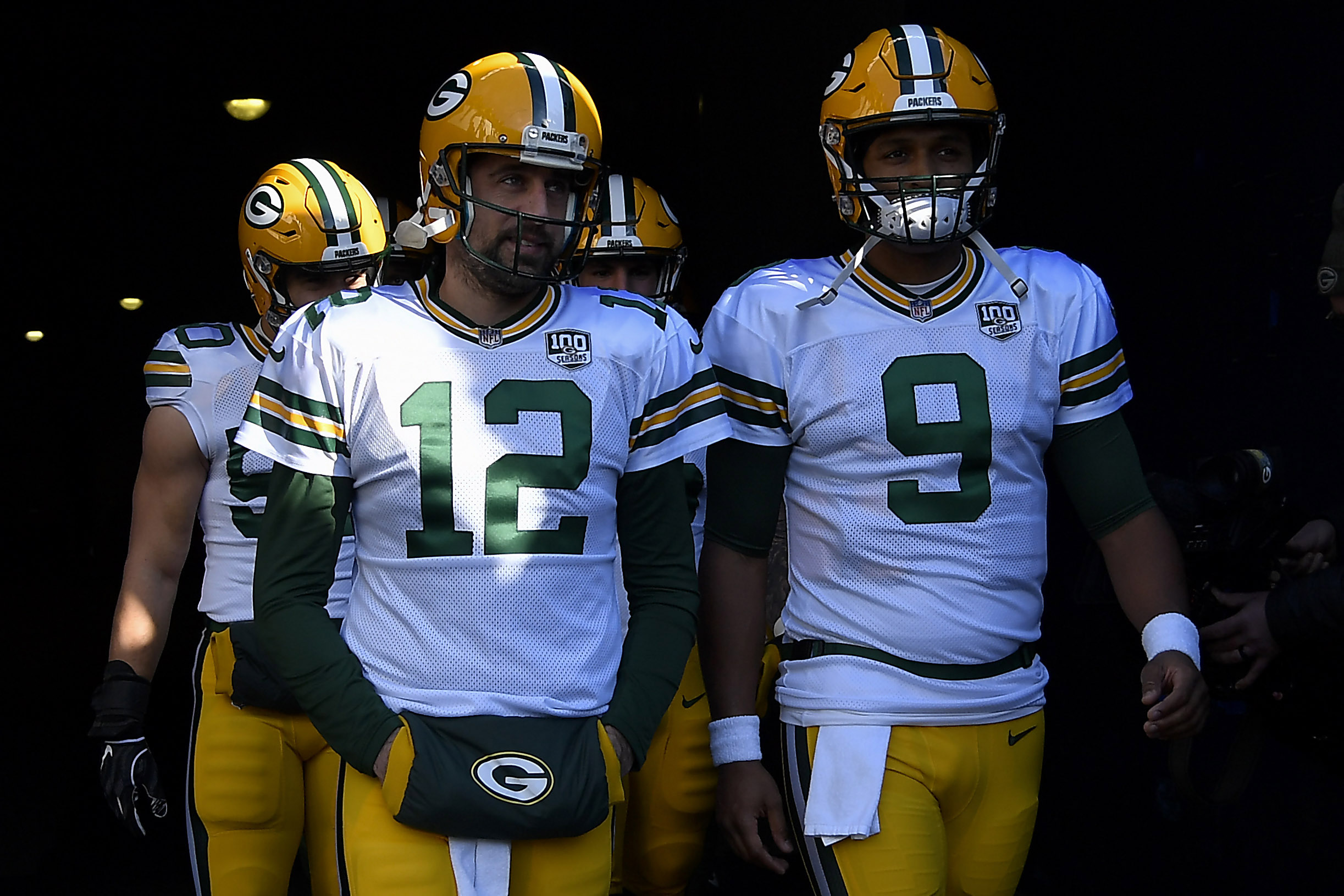 The Green Bay Packers struggled in 2018 but with Aaron Rodgers under center, it isn’t far-fetched to say the Packers can contend again in 2019 if they make the right moves this offseason.

GM Brian Gutekunst has two first-round draft choices including the 12th selection overall, and approximately $45 million in salary cap space once the new season gets under way. Here are five steps that the Packers must take this offseason to get back to contention immediately. This list is far from complete, but these steps must be taken for the team to bounce back quickly.

Aaron Rodgers is 35 years old, so time is ticking on his NFL career. The Packers need to hire a new head coach who will command Rodgers’ respect and help him regain his previous form on the field much like Mike McCarthy did to Brett Favre when he was hired in 2006.

We are still early in the process. According to many published reports, Patriots offensive coordinator Josh McDaniels and Northwestern head coach Pat Fitzgerald are among Mark Murphy’s most desired candidates for the position. Still, the Packers are expected to interview approximately 10 candidates for the job and any one of them could end up snagging it.

The new coach should run an offense that challenges Rodgers and maximizes his abilities. He should also be willing to introduce new concepts to the offense that McCarthy seemed reluctant to add in recent years. The Packers seem to be favoring a disciplinarian if the early candidates are any indication.

If the new coach is an offensive mind, keeping defensive coordinator Mike Pettine may not be out of the question. Pettine kept the defense competitive although the unit was decimated by injuries by the end of the season. A second year under Pettine’s season along with some added talent to the roster could lead to a stronger defensive unit in 2019.

2. Use a First-Round Pick on an Edge Rusher

This year’s NFL Draft is considered deep for edge rushers and the Packers have a big need at this position. Both of this year’s starters are unlikely to be return. Clay Matthews is scheduled to be an unrestricted free agent and won’t be back unless he takes a substantial pay cut. The Pack may also release Nick Perry who has not been productive and has had trouble staying healthy.

Kyler Fackrell had 10.5 sacks but has yet to prove he can be an elite edge rusher and needs to get more consistent. Even if Fackrell does continue to blossom, he needs help. Whether it’s the 12th pick or the Saints pick, Gutekunst needs to bolster this area and make this position stronger. He should probably add another edge rusher via free agency or later in the draft as well.

Green Bay needs depth at these positions and they need it quickly. Kentrell Brice and Tramon Williams were the starters at the end of the season. Brice is a restricted free agent and hasn’t proven he is a starting caliber player in this NFL and Williams will be 36 so an eventual replacement needs to be found. Players like Raven Greene and Ibraheim Campbell may be useful players but neither is a proven starter either. A competent starting-caliber safety should be added via free agency.

If free agent Randall Cobb doesn’t return, the Packers need a veteran wideout who can compliment Davante Adams and Geronimo Allison. A receiver who can play well in the slot is preferred as none of the returning wideouts excel at that position.

Guard was also a problem area for the Packers this season. Byron Bell is an unrestricted free agent and is best suited as a backup at this point in his career. Justin McCray and Lucas Patrick have yet to prove they can start, and Lane Taylor struggled with injuries.

The Packers allowed 53 sacks this year and too many of them came up the middle. Adding a starter at guard via free agency would go a long way towards keeping Rodgers healthy and more effective next season.

Green Bay doesn’t need to spend a lot of money here, but a quality veteran backup should be added via trade or free agency.

Rodgers will be 36 by the time next season ends. He missed nine games in 2017 due to a broken collarbone and then played all this season with a knee injury suffered in Week 1. He left the season finale early due to a concussion.

DeShone Kizer didn’t look ready to take over as the starter in either of his brief appearances this season. At the very least, the Pack needs to bring in a veteran to compete with Kizer for the backup position and provide some insurance for the team in case Rodgers goes down again.

The Packers special teams need a major overhaul. Let’s start with the return game which was a problem all season. Trevor Davis was really the only return specialist who put any fear into opposing teams because of his potential to break a long, game-changing return. Davis barely lasted two games this season due to assorted injuries.

The Packers need to bring in a return specialist who can put some fear into opposing teams. It could be Davis, or it could be a late draft pick or free agent, but this must be a priority. The Packers neglected the return game in 2018. They can’t afford to do this again.