Final Grades for the Packers Defense and Special Teams 2018 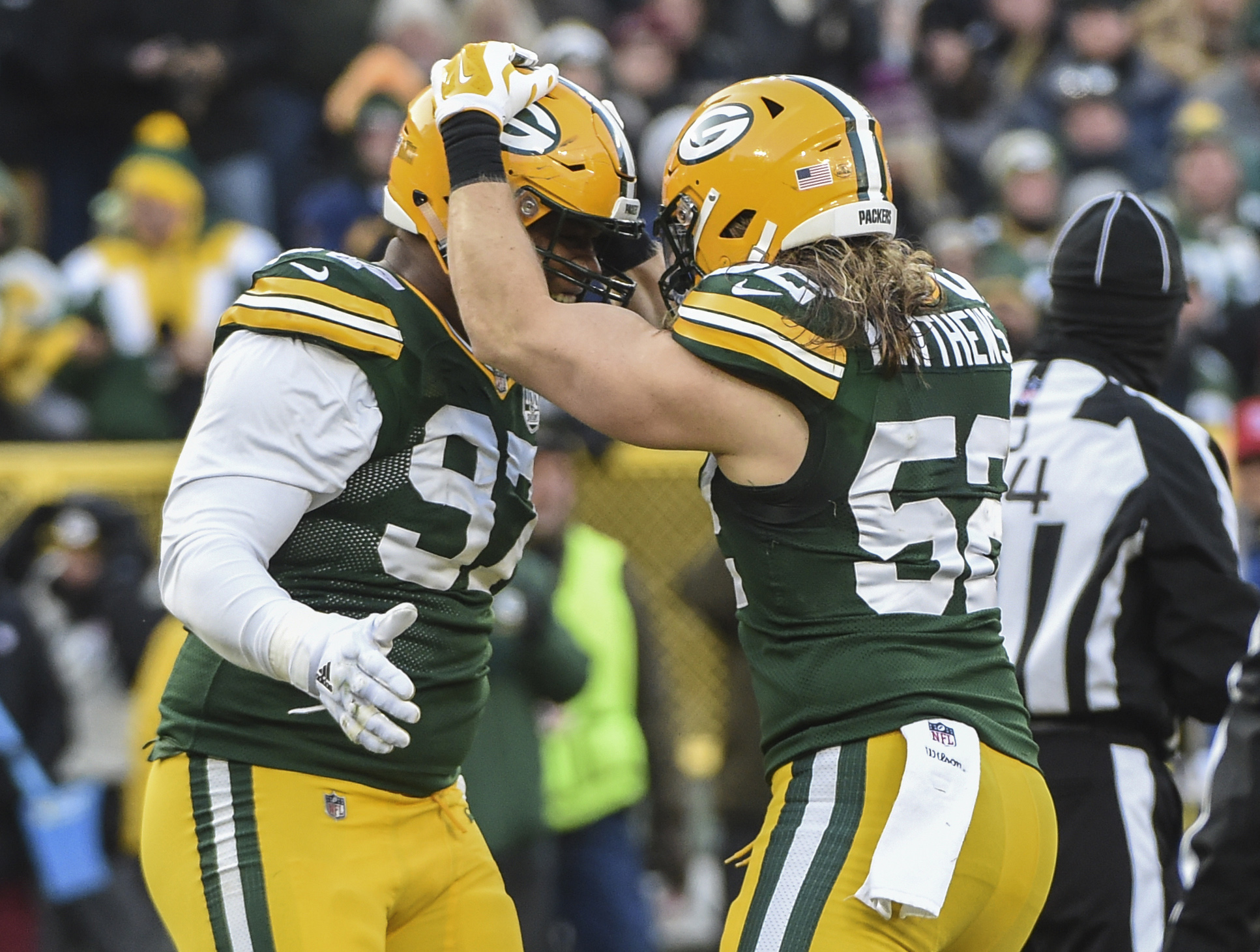 Final Grades for the Packers Defense and Special Teams 2018

The Green Bay Packers defense was decimated by injuries in 2018. The entire starting defensive line and most of the secondary was unavailable by the time the season ended. Defensive coordinator Mike Pettine had to put together a unit using backups and recently signed players who were sometimes thrust into the lineup soon after joining the team.

Overall, the team held together despite the injuries. While the defense was far from dominating, they did keep the Packers in a lot of games despite a lack of play makers on that side of the ball. The defense finished ranked 22nd against the run and 12th against the pass this season which left the team 18th in the league in total yardage allowed.

The biggest shortcoming for the defense was the overall failure to create takeaways. The Packers finished the season with just seven interceptions and 15 total turnovers, ranking them 29th in the league.

All three of the starters from opening day failed to finish the season due to injuries. The result was a lot more action for players who were initially expected to be part of the rotation.

Kenny Clark was the best player on the defense. He was the closest thing the Packers had to a difference maker. Clark finished the year with six sacks and was third on the team with 55 total tackles despite missing three games. Clark is disruptive, provides push inside and occupies multiple blockers to give his teammates chances to make plays.

Mike Daniels played in 10 games and managed a pair of sacks. He did not play up to the level he reached a year ago and took a half step back in his development. The Packers will need him to return to form next season.

Muhammad Wilkerson managed to play in only three games before being injured. He showed flashes but was not near his Pro Bowl level with the Jets of a few years ago. His contract is up and unlikely he’ll be back in 2019.

Dean Lowry stepped into the starting lineup and showed promise as a run defender. By the end of the season, he was getting better at shedding blocks and making more plays. Tyler Lancaster showed he is a capable rotational player and run stopper. The Packers need more from Montravius Adams who had trouble getting onto the field even with all the injuries to this unit. Fadol Brown showed some promise after being added late in the season and should be back to compete for a spot in training camp.

The two starting OLBs struggled this season and failed to provide much pass rush. Nick Perry played only nine games and managed just 1.5 sacks before being lost for the rest of the season. The Packers may part ways with him due to his high salary, lack of impact and lengthy injury history. Clay Matthews played all 16 games but managed only 3.5 sacks. Matthews is an unrestricted free agent and won’t return unless he agrees to take a major pay cut. His future is either inside or as a situational pass rusher.

Kyler Fackrell stepped in and produced 10.5 sacks. Fackrell improved his game, but still isn’t very consistent. His sacks came in bunches. Twice he had three sacks in a game which means he had just 4.5 in the other 14 contests. Fackrell is improving but needs to take another step forward to establish himself as a starter in this league. Reggie Gilbert had a great training camp but didn’t add much pass rush during the regular season. He added 2.5 sacks and 37 tackles but is a rotational player at best at this point.

Antonio Morrison is a run stopper who hits hard. He plays with passion and took the place of the injured Jake Ryan after being acquired in a trade just before the start of the regular season. Morrison will come off the field in nickel and dime packages, but he should have a chance to return to his run stopping role next season.

Oren Burks didn’t see the field much on defense after injuring his shoulder in the preseason. The third-round pick needs to take a big jump next season to crack the starting lineup and do what the Packers expected of him when they drafted him.

Blake Martinez once again led the Packers in tackles and provides passion and leadership inside. Martinez lacks elite speed which keeps him from being a Pro Bowl level player but he’s a competent run stuffer. He can be an effective blitzer at times and accumulated five sacks. Martinez struggles to keep up with running backs and receivers in coverage because of his pedestrian speed.

Injuries hurt this unit all season. Davon House was lost early in the season but struggled in coverage while he was in the lineup. Kevin King was the team’s best cover corner but couldn’t stay healthy. He managed to play in only six games. Green Bay’s secondary is better when he is in the lineup but in two seasons, King has played in only 15 games.

Top pick Jaire Alexander showed strong cover ability and a good attitude. He wants to dominate and face opponent’s top receivers. Alexander has the talent to be very good for a long time. He is confident and a leader, but he needs to increase the one interception he managed this season.

Josh Jackson struggled in coverage and has a disturbing tendency to grab opposing receivers when he can’t keep up with them. Jackson is not suited to man coverage because he lacks speed. Moving him inside may be a good idea.

Veteran Tramon Williams is savvy and intelligent. When trades and injuries created a need a safety, me moved inside and played a steady game. He didn’t make the big mistakes that led to big gains earlier in the season. Williams should be welcomed back due to his intelligence and leadership.

Josh Jones also struggled in coverage at times. The Packers need him to make the second-year jump if he hopes to make a positive impact in 2019.

Bashaud Breeland was a good pickup midseason. He provided good coverage skills and made some impact plays like the pick-six that helped the team beat Atlanta. Breeland is an unrestricted free agent who the Pack should try to bring back next year.

Kentrell Brice struggled all year with coverage and poor tackling. He works hard but takes poor angles in coverage and isn’t a great tackler. Green Bay needs to upgrade the safety position.

Tony Brown, Raven Greene and Ibraheim Campbell all showed some ability on special teams and as backup safeties. They should get a chance in training camp next season. Eddie Pleasant provided depth and experience when injuries struck the secondary. Jermaine Whitehead and Ha Ha Clinton-Dix were let go in midseason when they failed to perform adequately during the first half of the season.

This area was a disaster overall for the Packers all season. Kick and punt coverage were a problem and penalties and boneheaded plays cost the team at crucial moments.

Kicker Mason Crosby had a terrible game in Detroit but was otherwise his usual consistent self. He was the best part of a bad unit.

Punter JK Scott has a great leg but struggles with consistency and had trouble adjusting to the cold weather in Green Bay late in the season. He had one punt blocked. The potential is there but more consistency is needed for Scott to reach the next level.

The return game struggled mightily all year. Trevor Davis returned in midseason and lasted all of two games before suffering another injury. Ty Montgomery’s key fumble cost the Pack a chance to beat the Rams. No other return specialist distinguished themselves.

The Packers lost the field position battle often as a result of this unit’s poor play.