Why the Packers Shouldn’t Trade for Antonio Brown 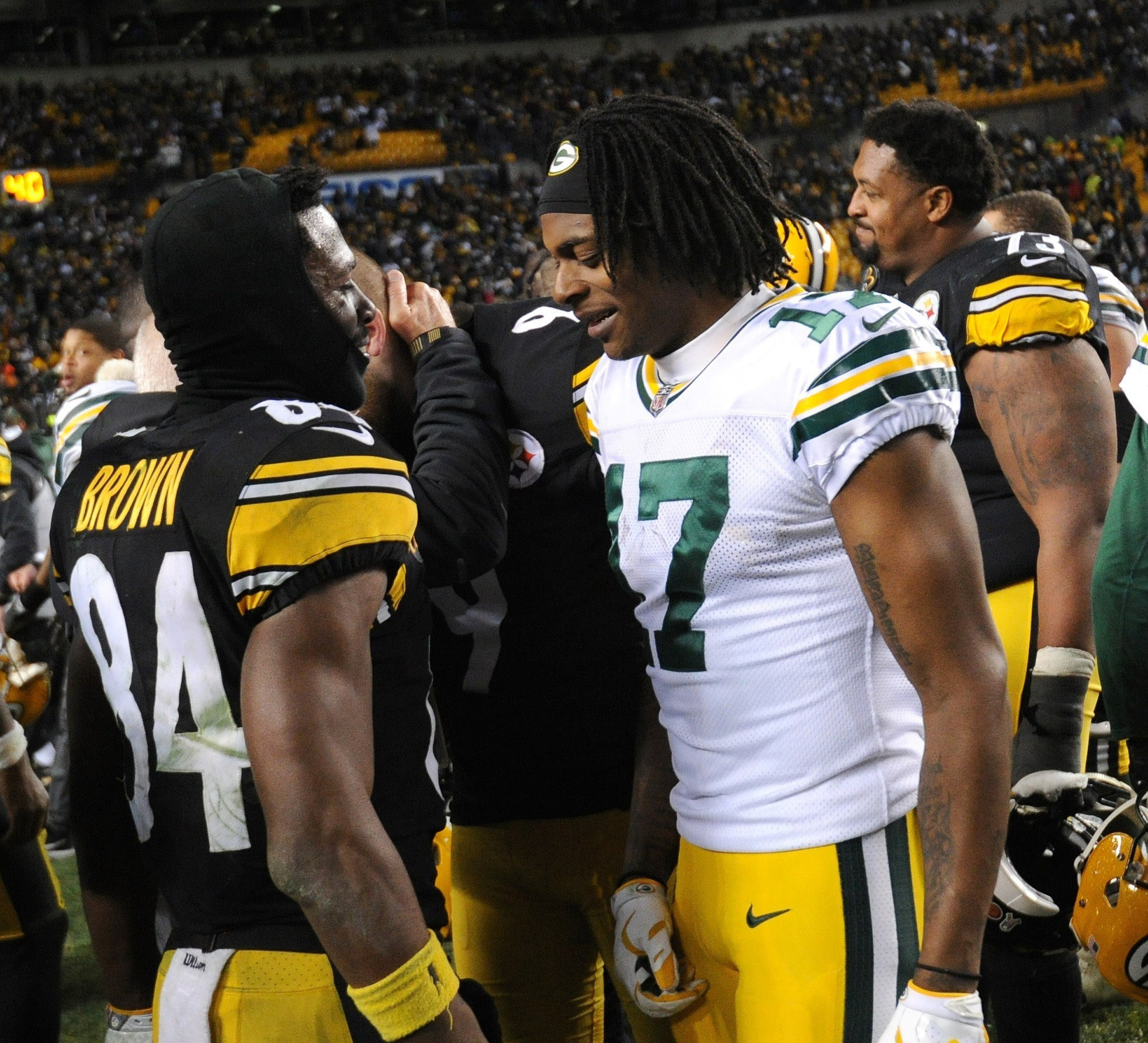 Why the Packers Shouldn’t Trade for Antonio Brown

Steelers wide receiver Antonio Brown is likely to be traded this offseason and the Green Bay Packers are among the teams experts say could be in the running for the perennial Pro Bowler. Although the Packers could benefit from the addition of a talented receiver, there are several reasons why Antonio Brown is not the best option for Packers GM Brian Gutekunst.

The biggest issue is Brown’s attitude and past behavior. The Central Michigan product has a reputation for being selfish and is not considered a good teammate by many observers.

The Steelers were forced to suspend Brown for the season finale this year despite the fact that Pittsburgh needed a win for a chance to reach the playoffs. Brown walked out of practice on the Wednesday before the game after allegedly throwing a ball at quarterback Ben Roethlisberger in anger. He then lost contact with the team and didn’t show up at practice the rest of the week according to published reports.

Brown did show up at the stadium for the game Sunday but when he was told he was not going to play, he was angry and left the stadium at halftime.

Former Steelers safety Ryan Clark, who played with Brown in Pittsburgh, said Brown is a problem in the locker room. “When it comes to being a good teammate, when it comes to just being supportive, understanding you’re trying to achieve one goal, that doesn’t matter to him,” Clark said. “What matters to him is 19 attempts, 14 carries, 185 yards, two touchdowns against the Saints. That’s what’s important to Antonio Brown.”

Clark said that Brown has been a problem in the locker room as far back as 2012 when he signed a new contract. Clark described an incident where Brown cursed out Hall of Fame assistant coach Dick LeBeau which caused problems in the locker room.

“We almost got into a physical altercation that day, me and Antonio Brown,” Clark recalled. “Because my thing was, this is not how we behave. This is not how we act. And for sure we don’t talk to Coach LeBeau that way.”

Clark also said he spoke to current Steelers players who said the situation with Brown remains a problem to this day. “This is a situation that Coach Tomlin has allowed to get out of hand. So now you have to think about moving him. It’s been something that has been weighing on this team all year.”

Another former teammate, wide receiver Emmanuel Sanders, also blamed the Brown for the problems he’s having in Pittsburgh.

“This situation has really gotten out of hand,” Sanders said on NFL Game Day. “I don’t like to see it, but I feel like Antonio brought it on himself. You cannot turn your back on your brothers…For you to leave on a Wednesday and have your agent call on a Sunday is the ultimate disrespect to the Pittsburgh Steelers organization.”

How does the AB situation play out in Pittsburgh?

Our crew looked at it from all angles ⬇️

The Packers have a new head coach in Matt LaFleur who has no experience as a head coach at any level. He is faced with the formidable task of earning the respect of his team and coaching Aaron Rodgers. Introducing a player who has a history of disrupting team chemistry and behaving selfishly would hardly be doing LaFleur any favors.

There are other reasons not to add Brown to the Packers. He will be 31-years-old before the start of the 2019 season and still has three seasons left on his contract. Although Brown’s numbers remain excellent, he is at the point in his career where most wide receivers’ performance begins to decline. He also carries a salary cap hit of $22.1 million in 2019, $18.3 million in 2020 and $19.5 million in 2021 according to spotrac.com. Brown would need to continue to produce at a Pro Bowl level for all three years of the deal to make that large cap hit worthwhile.

Green Bay should have enough room under the cap to add Brown, but he would be taking up almost half of the team’s available cap space. That’s money Gutekunst needs to spend to improve other positions that have a more urgent need than wide receiver like edge rusher, safety and guard.

The Packers would also have to give up a high draft pick in order to acquire Brown. The Steelers are reportedly asking for a first-round draft choice to deal Brown. Considering Brown’s talent and past performance, there will likely be multiple teams bidding which will keep the asking price high.

Simply put, the risk and the cost of acquiring Brown is too high for the Packers to trade for him right now. If Green Bay wants to add a veteran receiver to compliment Davante Adams, they can add a serviceable player for much less money and without trading one of their high draft picks.

Brown’s history of being disruptive, age, high salary and the cost to acquire him are all reasons the Packers should not be trading for the Steelers wideout this offseason.