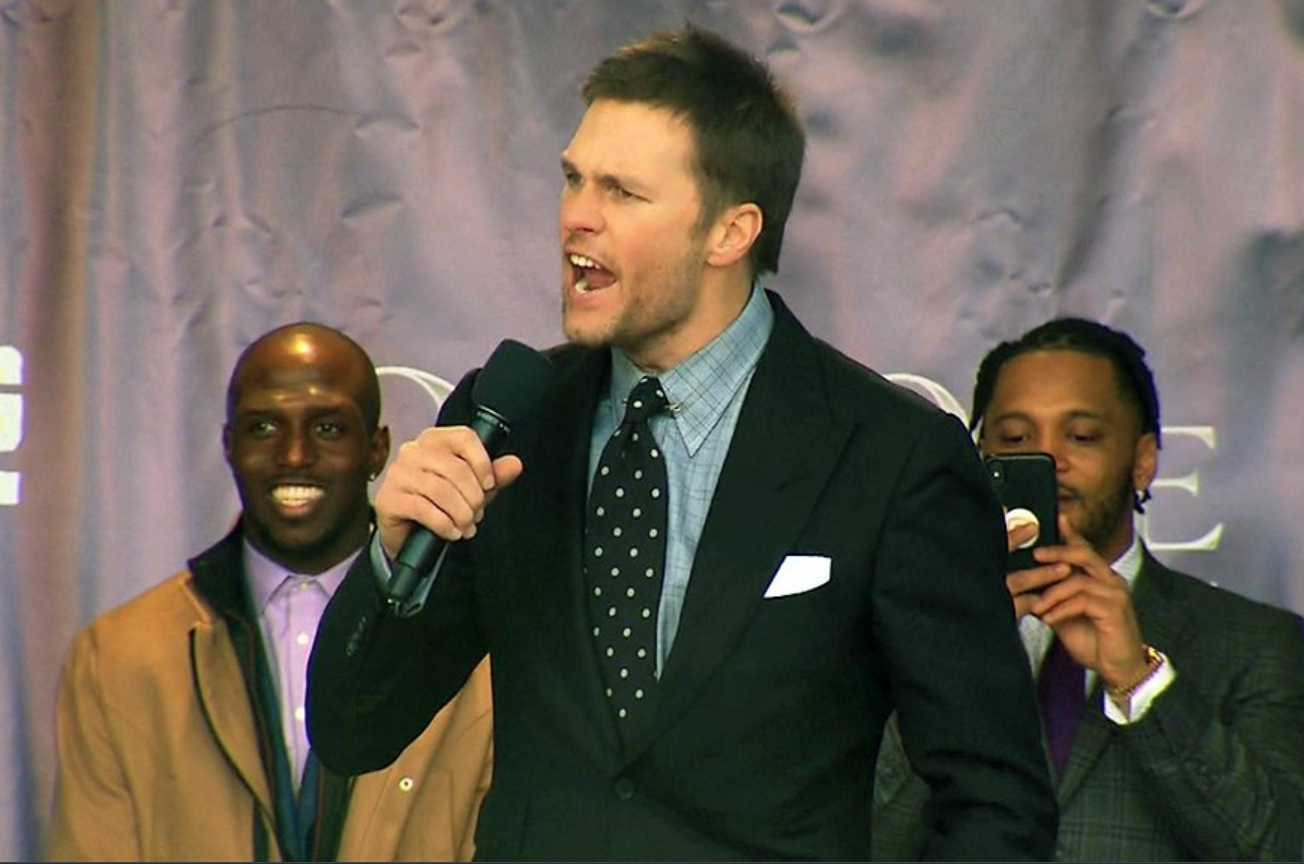 Patriots quarterback Tom Brady has become much more fiery both on and off the field over the past few years, and that has been evident this season in his emotional displays about the “still here” rhetoric.

That was certainly the case on Sunday, when 35,000 Patriots fans came to the team’s Super Bowl send-off at Gillette Stadium.

4:55am and they are already here! #Patriots #WCVB pic.twitter.com/qostIQBrUL

A look from above Gillette Stadium shows how many people are in attendance at the Patriots #SBLIII send-off rally. pic.twitter.com/tqudWJSEqy

They’re 🔥’d up for the @Patriots Send-off! @boston25 pic.twitter.com/xHkBqzfIX6

Brady gave them something to cheer about, when he gave a passionate speech, in which he pretty much just reinforced the “still here” rhetoric over and over. He ended it by dropping the mic for emphasis, as you can see in the video below.

We get it, Tom. You’re still here, just like nearly every year in February, it seems.