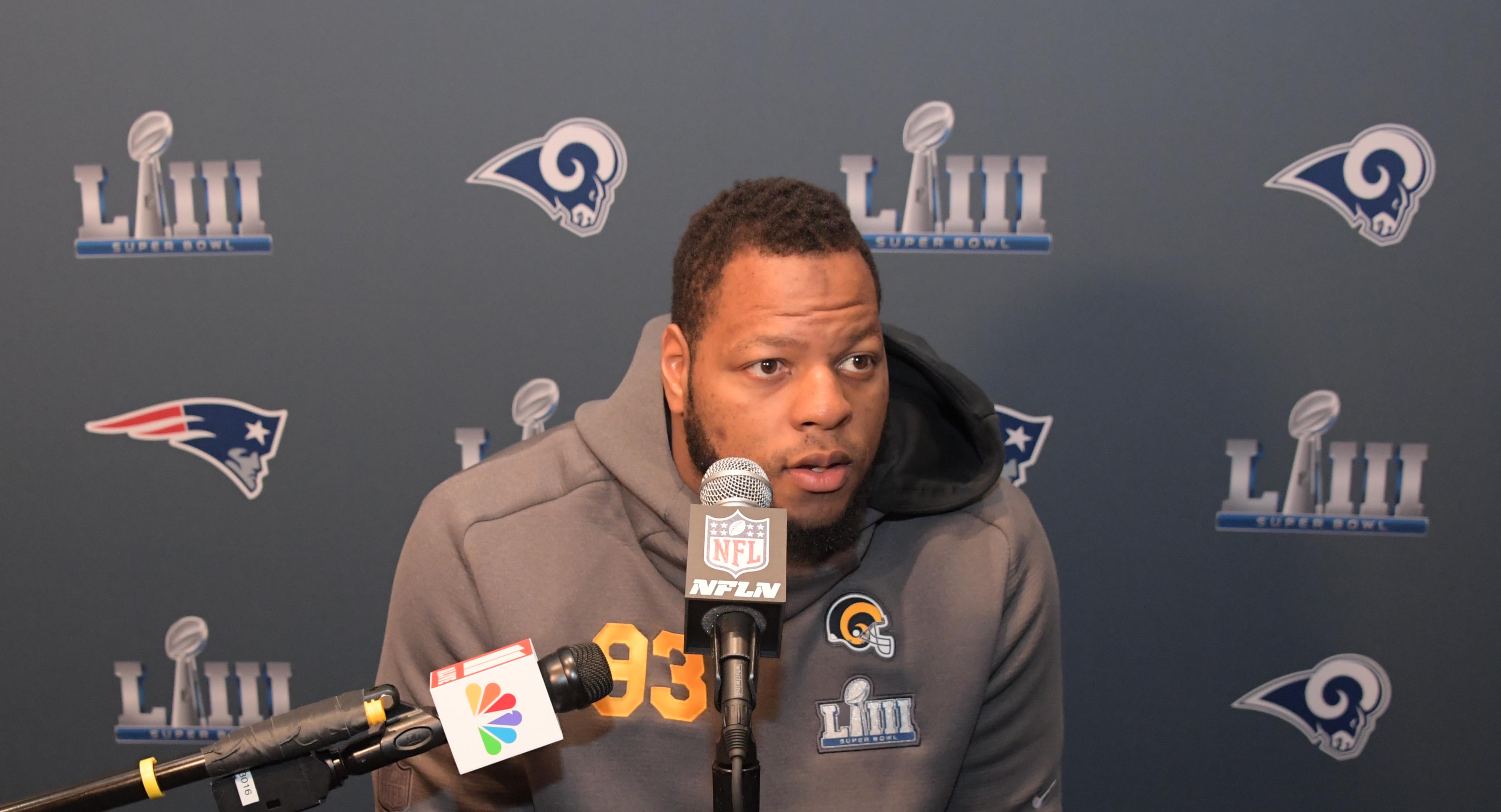 Rams All-Pro defensive tackle Ndamukong Suh is wrapping up his 10th season in the NFL, and it’s safe to say he’s had a pretty complete career already up to this point.

Suh has a history of stuffing the run, getting to opposing quarterbacks and being involved in controversial plays — although he seems to have cleaned that up in recent years. He’s a complete, every-down player, and is a big reason why all teams he’s played on have been stout in the trenches, given what he does in the interior of the line.

He was once the highest-paid defensive player in NFL history in 2015, and now he’s actually playing out a one-year deal, although he’ll be playing for a Super Bowl ring on Sunday. Suh opened up about how this season ranks among the others — specifically if it’s the most special.

Suh tells @MikeGarafolo how special this season is, and how it stacks up against ones in the past. pic.twitter.com/fr05nUukrl

We’ll see if this particular campaign does rank as No. 1 if the Rams win on Sunday.