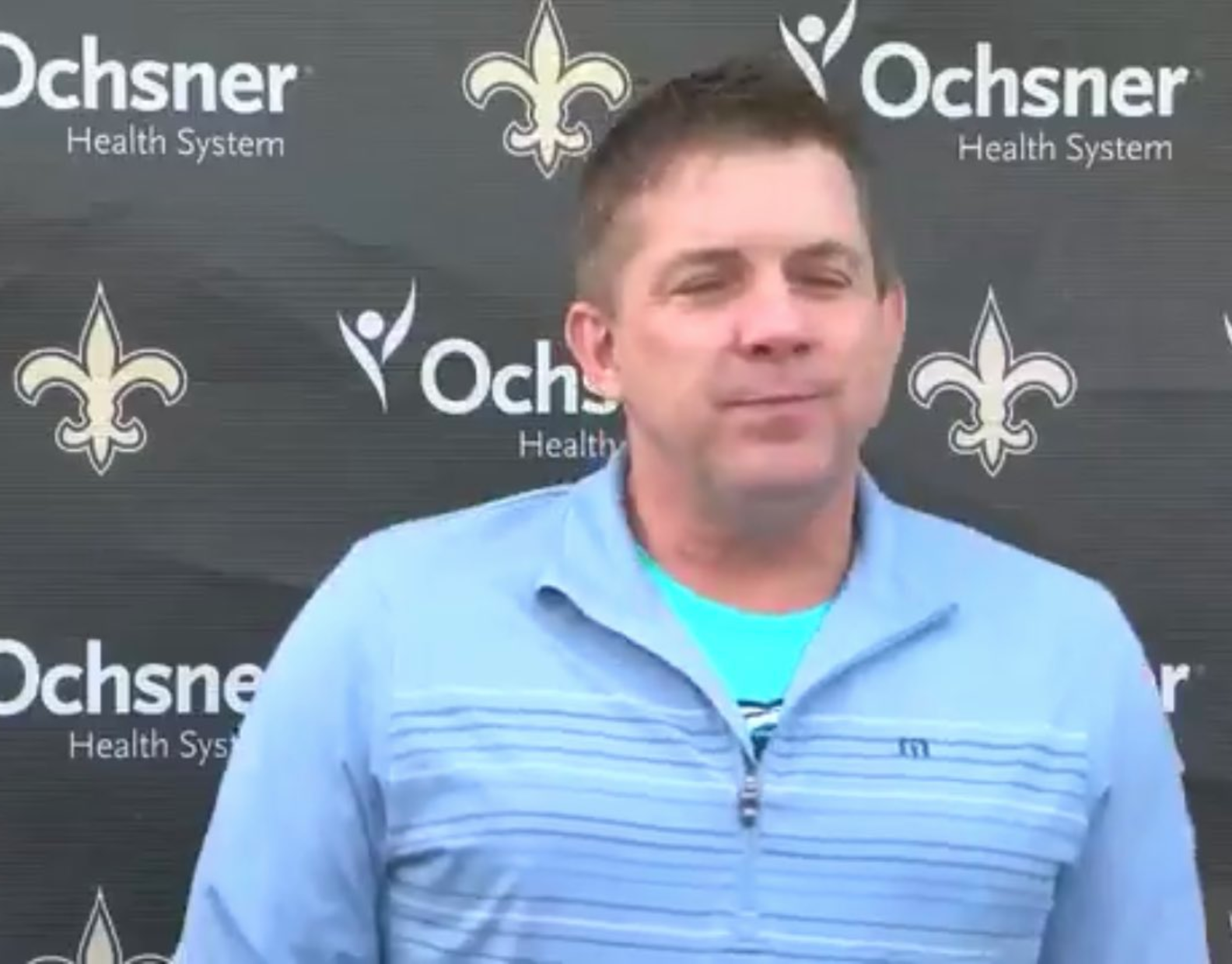 It appears that Saints head coach Sean Payton still hasn’t recovered from the blown call by the officials in the NFC title game.

The Saints would be playing in Super Bowl LIII on Sunday had one of the referees made the correct call — pass interference on Rams cornerback Nickell Robey-Coleman — on the controversial third-down play with under two minutes remaining in the game.

But it wasn’t to be, and now all Payton can do is gripe about it. He sent a to NFL Commissioner Roger Goodell at a press conference on Wednesday, when he appeared to wear a clown t-shirt on under his shirt.