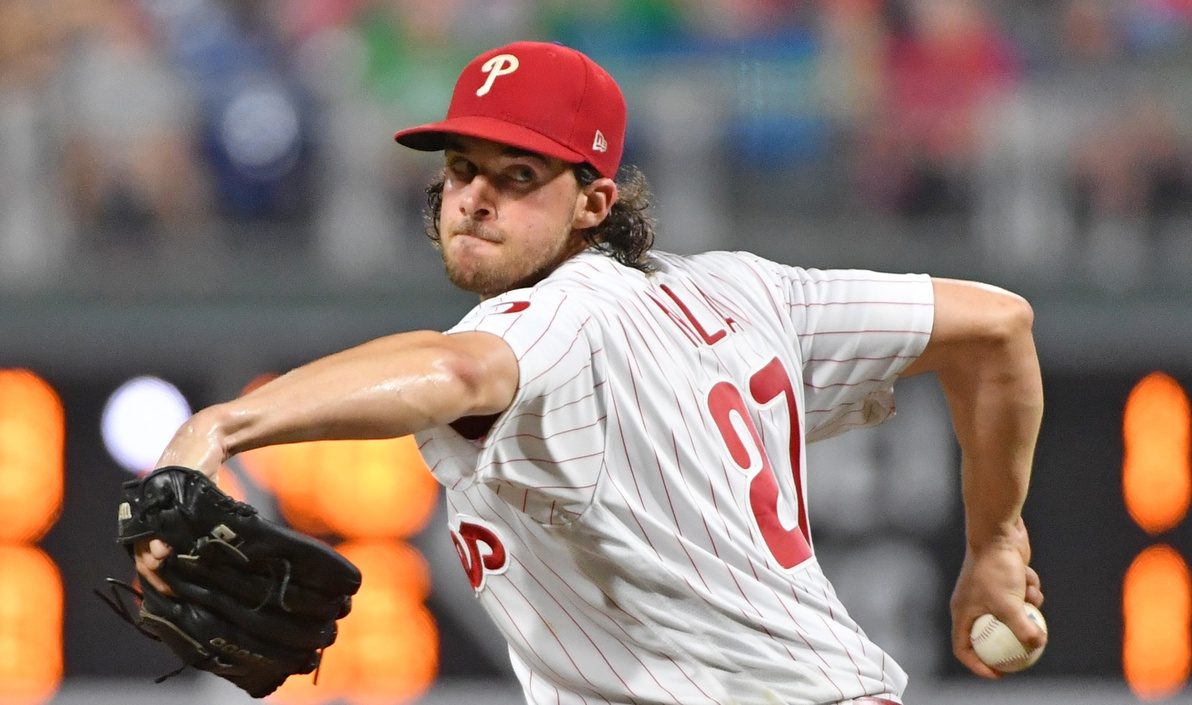 As pitchers and catchers are reporting to Clearwater, the Philadelphia Phillies and ace Aaron Nola have gotten the year off to a great start with a brand new contract for the all-star pitcher. The Phillies announced a four-year contract valued at $45 million with Nola that runs through the 2022 season with an option for the 2023 season.

#Phillies and RHP Aaron Nola have agreed to a four-year contract through the 2022 season. The deal also includes a club option for the 2023 season. pic.twitter.com/E5ocTPOwqA

The breakdown of Aaron Nola's deal with the Phillies:

The deal can cover two years of free agency for Nola if the Phillies exercise the option.

Needless to say, this is good work all around by the Phillies. Regardless of what happens with Bryce Harper and Manny Machado in their drawn-out free agent process, the Phillies have spent this offseason getting a better roster together for the 2019 season. Working out a deal with Aaron Nola was not necessarily on the backburner, but there was plenty of time for the two sides to work out a contract moving forward and the Phillies probably made it known to Nola they had every intention on working that out. The timing is not coincidental either, as the Phillies and Nola were set for an arbitration hearing this week (Thursday, according to Jim Salisbury of NBC Sports Philadelphia).

Nola is coming off his best season yet, going 17-6 with a 2.37 ERA and 0.975 WHIP while pitching a career-high 212.1 innings. Nola finished third in the Cy Young voting and picked up his first all-star appearance last season. He has certainly come a long way in a short period of time from being projected to be a second or third pitcher in the rotation after being a first-round draft pick out of LSU in 2014.

Nola is already in Clearwater getting in a groove with his new catcher, J.T. Realmuto (who was formally introduced to the media yesterday). Maybe tomorrow was Realmuto’s day and today is Nola’s. Whose day will it be on Thursday?