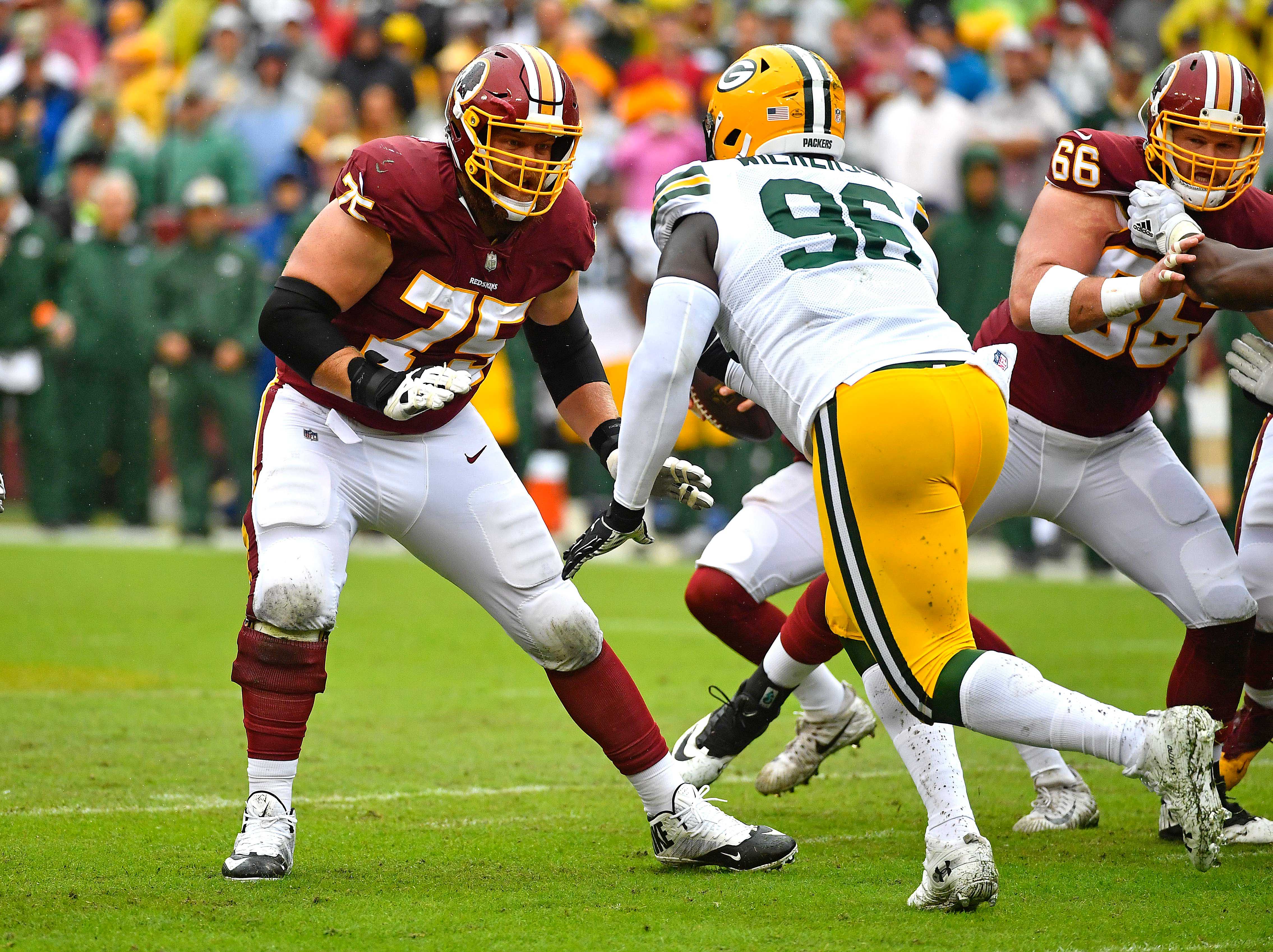 Defensive lineman Muhammad Wilkerson had a rough debut season with the Green Bay Packers. The former New York Jets star signed a one-year, “prove-it” contract last summer worth a reported $5 million. Wilkerson and the Packers were hoping he could regain the form that made him a Pro Bowl performer in 2015. Unfortunately, Wilkerson suffered a serious ankle injury in Week 3 which required major surgery and ended his season.

This week, Wilkerson announced he wanted to return to the Packers in 2019, telling Michael Cohen of The Athletic, “I like it here a lot. I came here to prove that I can play at a high level and that was cut short. But that’s how the game goes sometimes. I definitely want to get another shot to show what I can do…I’m going to speak things into existence and say that we’ll be fine here in Green Bay.”

Wilkerson could still be a valuable contributor for the Packers next season if things fall into place. At the age of 29, the former Temple star should have some productive seasons left. He indicated he remained dedicated to playing football and still enjoys the game.

The first issue is obviously Wilkerson’s health. The injury he suffered last season required two surgeries to repair. Presently, he continues to rehab the injured ankle. Wilkerson must be healthy enough to play in 2019 or there is no point in bringing him back.

For his part, Wilkerson remains dedicated to playing football. “I still love the game” Wilkerson explained. “I feel like once I get to that point where I’m questioning myself or I feel like I don’t want to do this, then it’s time to walk away. But I’m still getting up every day rehabbing, working. I got my mindset on what I need to do, what I want to do once I’m able to get to certain parts of my rehab. I still love the game and I still love to play, definitely.”

Wilkerson does know Mike Pettine’s defensive system since he played under Pettine with the Jets early in his career. Since Pettine is returning, Wilkerson would not have to learn a new system if he stays Green Bay next season.

Wilkerson would also be motivated. In order to stay in Titletown, he would almost certainly need to sign another one-year contract that would be very low in guaranteed money but higher in incentives. The only way the Packers would be interested in bringing Wilkerson back is if his asking price wasn’t too high and the team could get decent value for him.

He also can provide the Packers with versatility as he has played both defensive end and defensive tackle during his career. Wilkerson has registered two seasons of double-digit sacks recording 10.5 in 2013 and 12 in 2015. He can certainly give the team such much-needed pass rush from the defensive line. If Wilkerson regains his form and the Pack has a healthy Kenny Clark and Mike Daniels, the push from inside could be formidable.

There are factors working against Wilkerson, however. While his time in Green Bay was limited in 2018, Wilkerson didn’t stand out in his three-game stint with the Packers. He made a total of five tackles, two of them solo and did not register a sack or a quarterback hit. He is also now a year older and approaching 30. That combined with the serious injury he is trying to return from raise some doubts about whether or not he can still be a valuable contributor to the team next season.

Quite simply, Wilkerson would have a lot to prove if he returned to Green Bay in 2019. The Packers should only bring him back if he’s healthy and the price is right. Then they would get a hungry, experienced veteran who knows the defensive system and can provide consistent play on the field and leadership in the locker room.