Your Morning Dump... Where maybe the Celtics have turned a corner?? 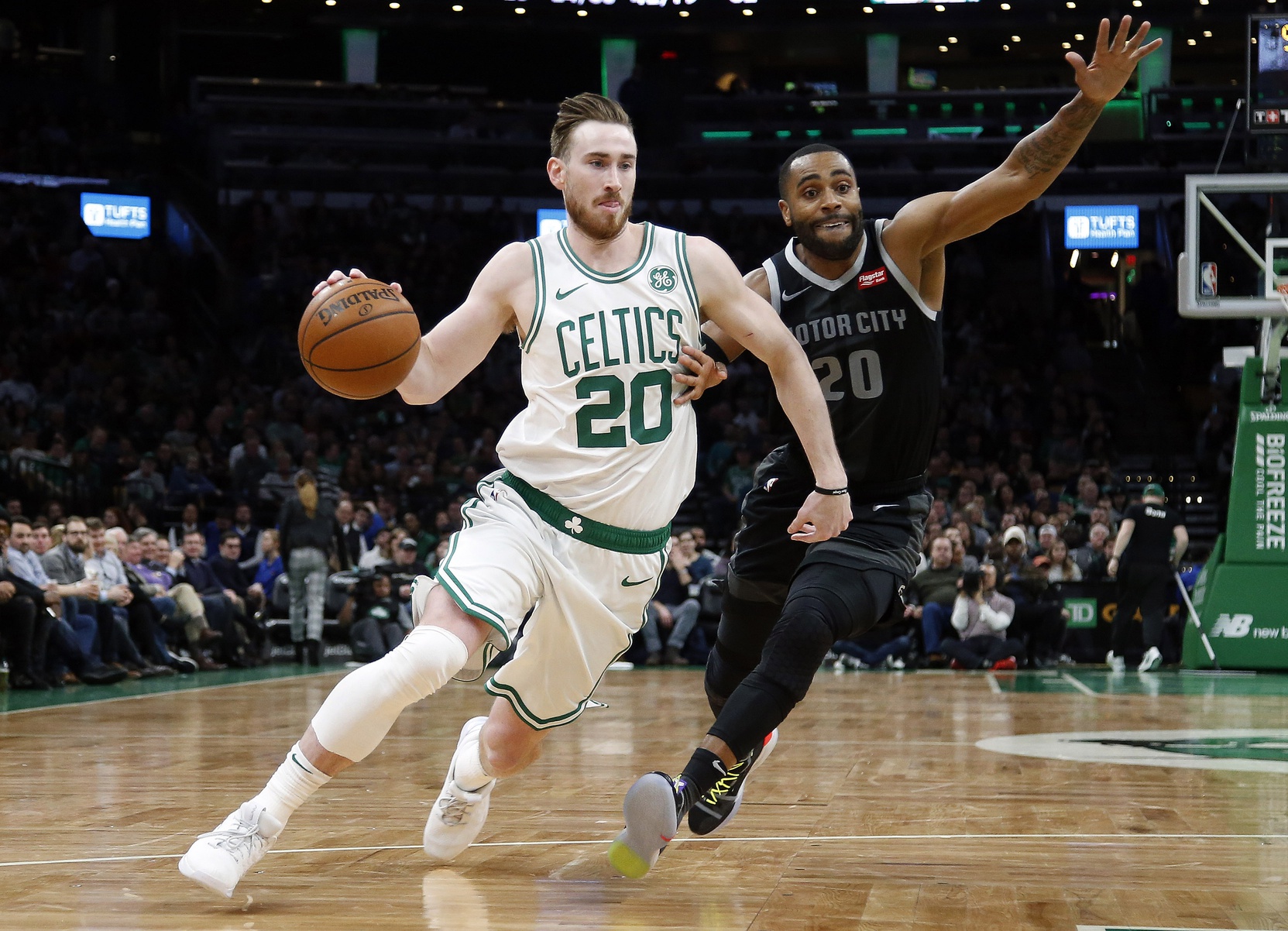 Your Morning Dump... Where maybe the Celtics have turned a corner??

The key to the Celtics living up to the potential of their roster this season in each player coming to the realization he cannot do it alone. OK, Kyrie Irving can, but even he has to know that his life is better when he and his mates are playing complementary basketball.

As noted here before (and I guess the repetition is necessary for some), people are being utterly fooled if they think the younger players who stepped into more prominent roles by necessity last season are ready to take over. If they were as good as is being made out, they wouldn’t have kicked away Game 7 at home against Cleveland. And they wouldn’t have abandoned the team game in favor of hero ball in those road games at Milwaukee, when Celtics, in the interest of taking the responsibility to make a play, drove into two and three Bucks and had their shots swatted to Oshkosh.

• And anyone who somehow believes the Celtics would be better without a premier closer like Irving should note that it’s hard to imagine the C’s losing that last game against the Cavaliers if one of the best players in the league was there to stem the tide and win crunch time.

Well, the Celtics are headed into the All Star Break, where, as per usual, the NBA is going to take the world’s most visually appealing sport* and somehow turn it into hours and hours of yawn-inducing tedium.

Fortunately, the team seems to have shook off their two game skid against the rather risible ‘contender’ assembled by one of the guys who owns the Dodgers, and the team that basically stole their logo when they moved to Los Angeles:

Counting those two losses, the team has gone 12-3 over their last 15 games–in other words, they’ve held that 60+ win pace for about a month now.

In fact, the team has been on a roughly 60 win pace ever since they hit the .500 mark in a depressing loss to the Mavericks on November 24 (actual numbers: The team is 27-11 over their last 38 games–that translates to 58.2 wins over an 82 game season).

Of course, one of the reasons why we’ve been especially focused on those 11 losses over the past 2-1/2 months is that they’ve come in clumps, and they’ve come against bad teams. Six of the team’s 11 losses since they hit .500 have come in a pair of three game skids. Two more came from back-to-back blown 20 point leads. The team also had losses in close proximity to Houston and San Antonio where they looked thoroughly outmatched.

When this team has looked bad, they have looked really really bad, and they’ve tended to look bad for a week or so. Long enough, certainly, for the media to give fans great gobs of the controversy and hot-takes that they simultaneously despise and crave.

That’s why it’s good to see the team come out with a pair of reasonably solid efforts against the Pistons and Sixers after losing two games in particularly spectacular and demoralizing fashion.

By the way, Steve Bulpett’s got the right take on the nonsense notion that having guys like Rozier, Brown and Tatum is enough to get the team into the Finals.

Kyrie Irving is something else. Irving has *it*. Tatum might have *it* someday. There’s an outside chance Jaylen Brown might one day have *it* too.

But Irving has *it* right now.

Irving has the ability to make shots when the game is on the line–and not just make shots, but make shots that demoralize the other team.

*Although, I’d like to put in a good word for the pristine appeal of a baseball field on a perfect summer afternoon.

Page 2: Where Ainge is having none of this Irving talk

“It’s completely illogical. It makes no sense,” Ainge said. “If you just look at the data over the past two years our team has been so much better. It wasn’t but a month ago that we were trying to figure out ‘how in the world are we going to score without Kyrie on the court.’

I must admit, I was a bit surprised to learn the Celtics were 7-2 without Kyrie, before Tuesday’s game against the Sixers. Certainly, the way Kyrie’s been playing this season, you wouldn’t expect the team to be doing well without him–much less that they would be doing that well.

However, a closer look (as Ben Mark pointed out in yesterday’s dump) shows that the team’s record sans Kyrie is something of a statistical fluke.

Ainge, if you’ll recall, had a bit of real-world experience playing on a team with first rate scorers, and he’s got a pretty easy to understand take on the way other players step up when Irving’s out:

“I got very excited when Larry or Kevin (McHale) weren’t going to play in a game that night because that meant more shots and more opportunities, and that was fun. But I knew that to win the big thing and to win it all, you can’t be without those great players.”

The NBA is above all else a business. These guys play 82 games and then over half the league makes the playoffs because the NBA sells a product–basketball–and they’re going to manufacture as much of that product as they can every year.

Whole swaths of the season are nothing more than revenue generating filler–the sporting equivalent of that giant side of fries in your favorite pub’s burger plate.

The league is full of guys who can light up the scoreboard during games that exist primarily to sell commercials, cable subscriptions, seats, and overpriced arena concessions.

What you need to win are guys who deliver when it counts. Kyrie is one of those guys.

Isaiah Thomas with his first bucket of the season!#MilehHighBasketball pic.twitter.com/2gI3S9epZw

The 30-year-old Thomas showed flashes of his talent in shaking off some rust. He played 13 minutes and scored eight points — all in the third quarter — in his first NBA game since March 22 when he was with the Los Angeles Lakers. The Nuggets signed the two-time All-Star to a one-year deal in the offseason and gave him plenty of space to recover from his hip operation.

I hope IT makes a full recovery–and I’m glad he landed with the Nuggets. IT is an incredibly unique player, and it seems like only two coaches in the NBA have really understood what he’s capable of: Brad Stevens and Michael Malone. The Nuggets are the surprise of the Western Conference, which means we might be treated to an extended run of that amazing King in the Fourth magic once the playoffs roll around.

Time for another "Finding Giannis" outtake. The first NBA team to scout Giannis was the Boston Celtics. As is often the case in Greece, hilarity ensued, as told by @GrgpanouOCT about Danny Ainge's visit. #FindingGiannis will be broadcasted Saturday on TNT at 630pm EST. pic.twitter.com/8bLjIjHv77

NBC Sports: How Celtics can end season on a high note

MassLive: Boston Celtics show glimpses (again) in consecutive wins before All-Star break of who they could be | Tom Westerholm