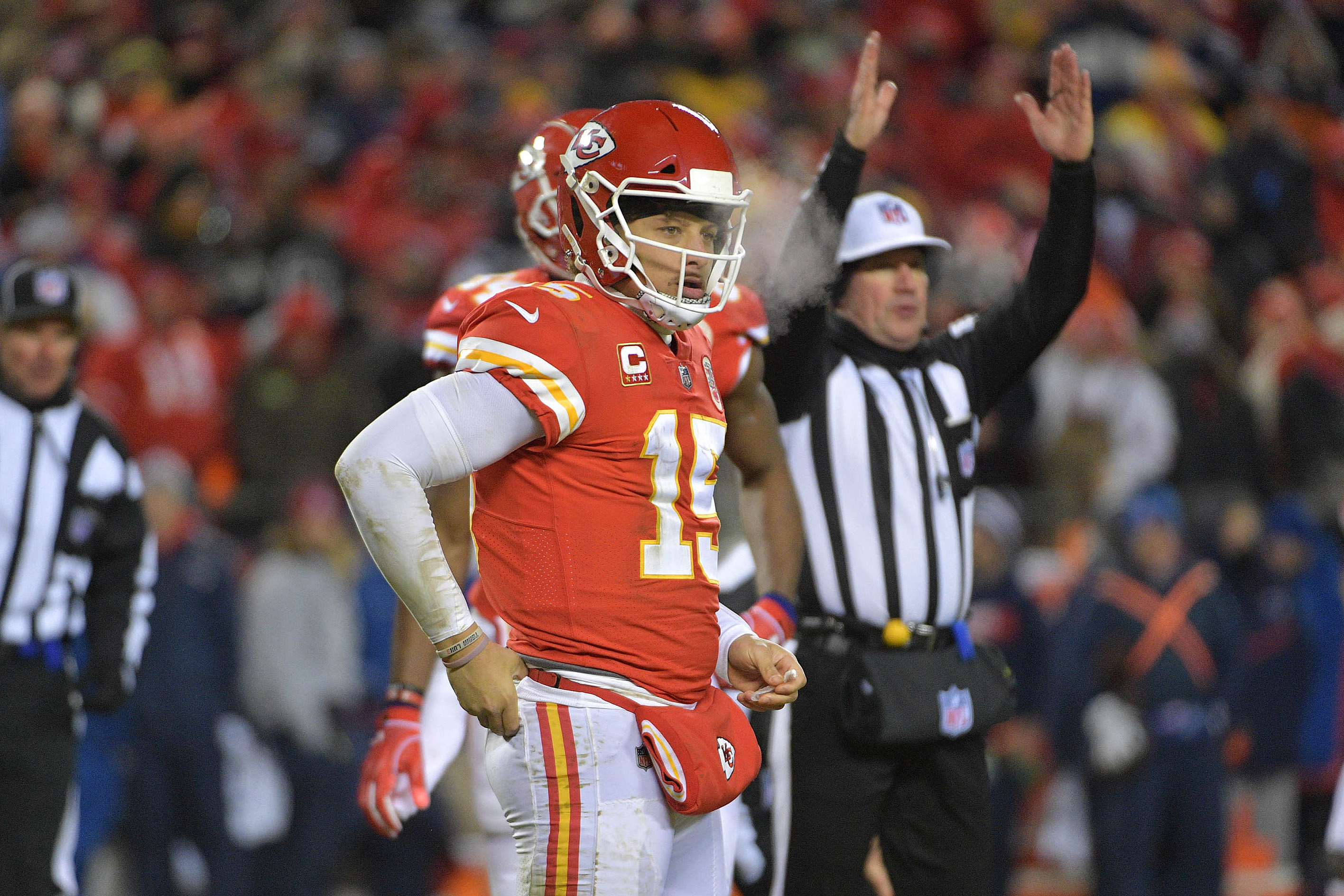 Well, it turns out that Kansas City Chiefs quarterback Patrick Mahomes isn’t the only passer in America to attempt a crazy no-look pass on the gridiron. As the Alliance of American Football kicked off last week, it has garnered a ton of buzz. With the NFL being at the lowest point of the offseason, the AAF started up at the right time and has everybody’s attention.

What’s one way the AAF can gain fans? Well, for starters, they can prevent calling ridiculous penalties on almost every play (check). And two, the players can attempt ridiculous plays, which grabs the attention of NFL players. Recently, San Diego Fleet quarterback Philip Nelson tried to make a crazy play while under an immense amount of pressure.

Without a chance to set his feet and make a throw downfield, Nelson didn’t have many options. Instead of taking a sack, or throwing it away though, Nelson decided to toss up a prayer. Yes, Nelson decided to cook up a Patrick Mahomes special and threw a no-look pass. While it was nowhere near as successful as Mahomes’ passes in the past, the Kansas City quarterback still jokes that he needs to step up his game after seeing the play via Twitter.

Mahomes checks out his competition

I see I’m going to have to step my game up…! https://t.co/ul2payvihS

While Nelson completed his pass, any quarterback who makes that kind of throw in the NFL would probably be benched immediately after. There’s maybe only one or two quarterbacks in the NFL who would attempt such a throw. Ironically enough, they both played or play for the Buffalo Bills.

Yes, if I had to put my money on a quarterback who would attempt a throw like that, it would have to be Josh Allen or Nathan Peterman. Why Allen? Well, we’ve seen the former first-round pick loft up some risky throws early on during his rookie year. And as for Peterman, well, that guess is just self-explanatory. Peterman can throw as many ridiculous throws and interceptions as he wants and he will still somehow remain in the NFL.

As for Mahomes, he probably won’t attempt this exact throw, but we can reasonably assume that a few more no-look passes will occur in his career. He was pretty successful with them in 2018, so why not keep chucking them if they work?