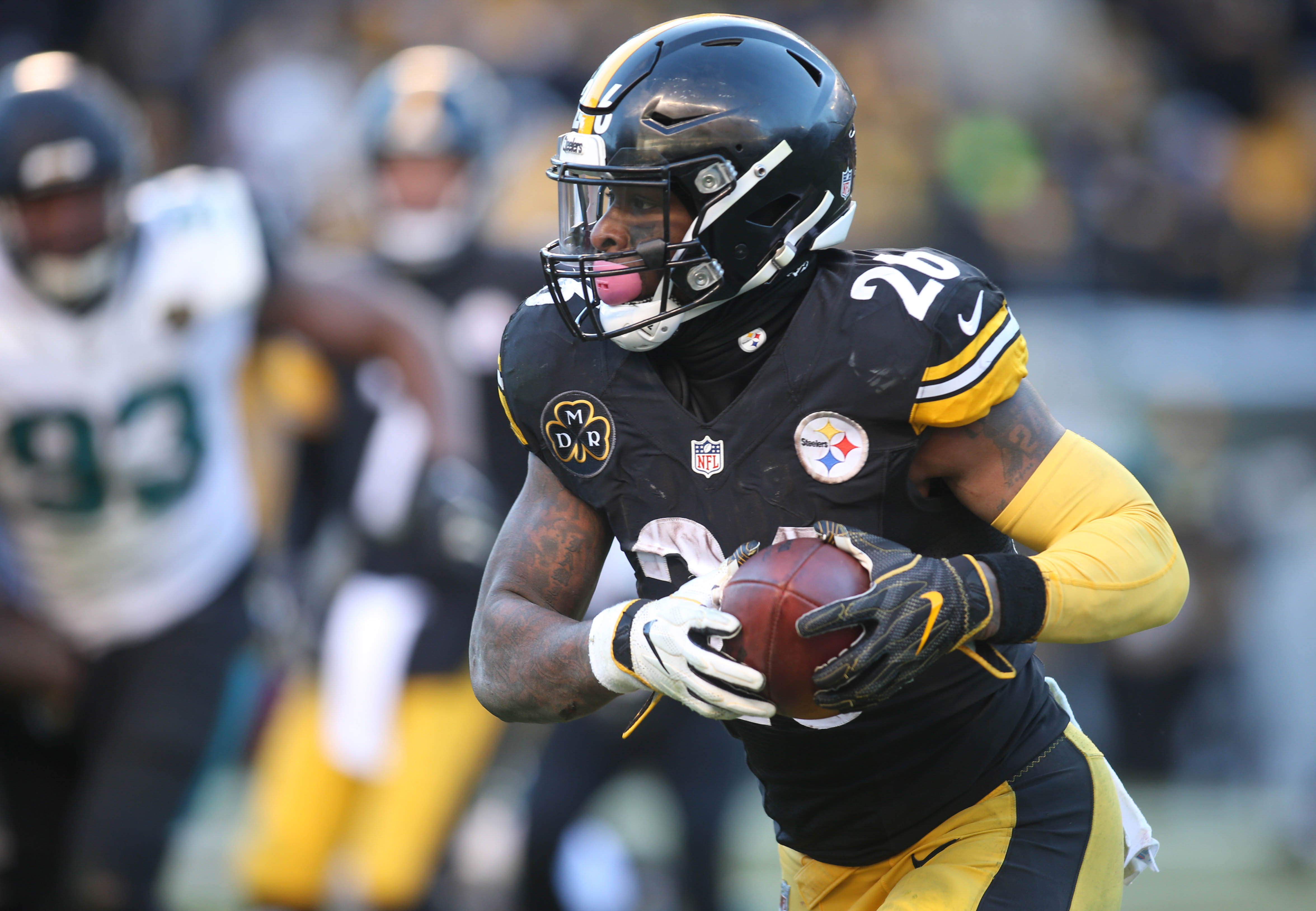 Which teams are already being linked to former Pittsburgh Steelers running back, Le’Veon Bell?

“Free at last!” he says as Le’Veon Bell gets word from the Pittsburgh Steelers saying that he’s allowed to test the free agency market. For a moment there, we thought that the Steelers were going to tag Bell once again, in hopes of trading him or getting him back to the team. But the days of hoping in Pittsburgh are over. It’s James Conner season, and Bell is long gone.

Where will Bell go though? That’s the million dollar question (or $50 million, depending on what he signs). We all know that running back-needy teams would love to have Bell on board. However, Bell’s desire to have pretty much his entire contract guaranteed makes it very hard for teams to pull the trigger on signing him.

Regardless of the price tag though, somebody will get Bell. There’s a slim chance that he ends up sitting out for an entire year again unless he’s seriously dedicated to not playing football for the rest of his life. With Bell being able to talk to teams about his future in a few weeks, let’s take a look at some of his potential suitors, and figure out why those teams make sense.

The Philadelphia Eagles were one of a few teams who called the Steelers back before the 2018 trade deadline. Was it a serious inquiry? Or was Howie Roseman doing his due diligence? Who knows. Honestly, though, this won’t happen.

Yes, the Eagles need a running back, but they are likely going to sign somebody who’s a low-risk, high reward type of player. And even if and when they do that, the Eagles will still probably draft a rookie in the mid-rounds this season. With that cap situation and needs elsewhere, Bell is most likely out of the budget for the Eagles.

The New York Jets are a more realistic landing spot for Bell even though I could see them steering clear of the 27-year-old running back. Not only are the Jets rumored to be skeptical of Bell “ballooning up” during his time off, but let’s not forget the type of head coach that Adam Gase is.

Did we already forget that Gase absolutely hates when players cause any type of locker room or off-field drama? The second that Jay Ajayi opened his mouth about something he didn’t like in Miami, Gase had him shipped off to Philly for a mid-round pick. Do we really think that he would deal with a player like Bell? I don’t see it happening.

The Tampa Bay Buccaneers can’t seem to figure out how to get a run game going. Just last season they spent a second-round pick on USC’s Ronald Jones, and now they could be in the market for Bell, which pretty much wipes out Jones’ chances of becoming the solid NFL running back that he was supposed to be with Tampa.

Unlike the Jets, the Bucs don’t have almost infinite cap space this offseason. Sure they make some cuts, but they are far from a complete team by just adding Bell. I expect the Buccaneers to play it smarter, and try to see what they can get out of Jones before ultimately trying to replace the former Trojan.

The Indianapolis Colts are another team that has tons of cap space. The most in the NFL, according to Spotrac. So, they can make the move of signing Bell and still make a splash in Free Agency elsewhere. The Colts need a game-changer on offense, and Bell is perfect for the role.

Also, let’s not forget that Bell already likes the idea of playing for the Colts. Before the 2018 NFL season even concluded, Bell made some interesting comments on Instagram, which had him virtually showing excitement for playing beside Andrew Luck. CBS’ reporter Ryan Wilson backed up that claim back in December when he stated that Bell has the Colts ‘at the top of his list.’