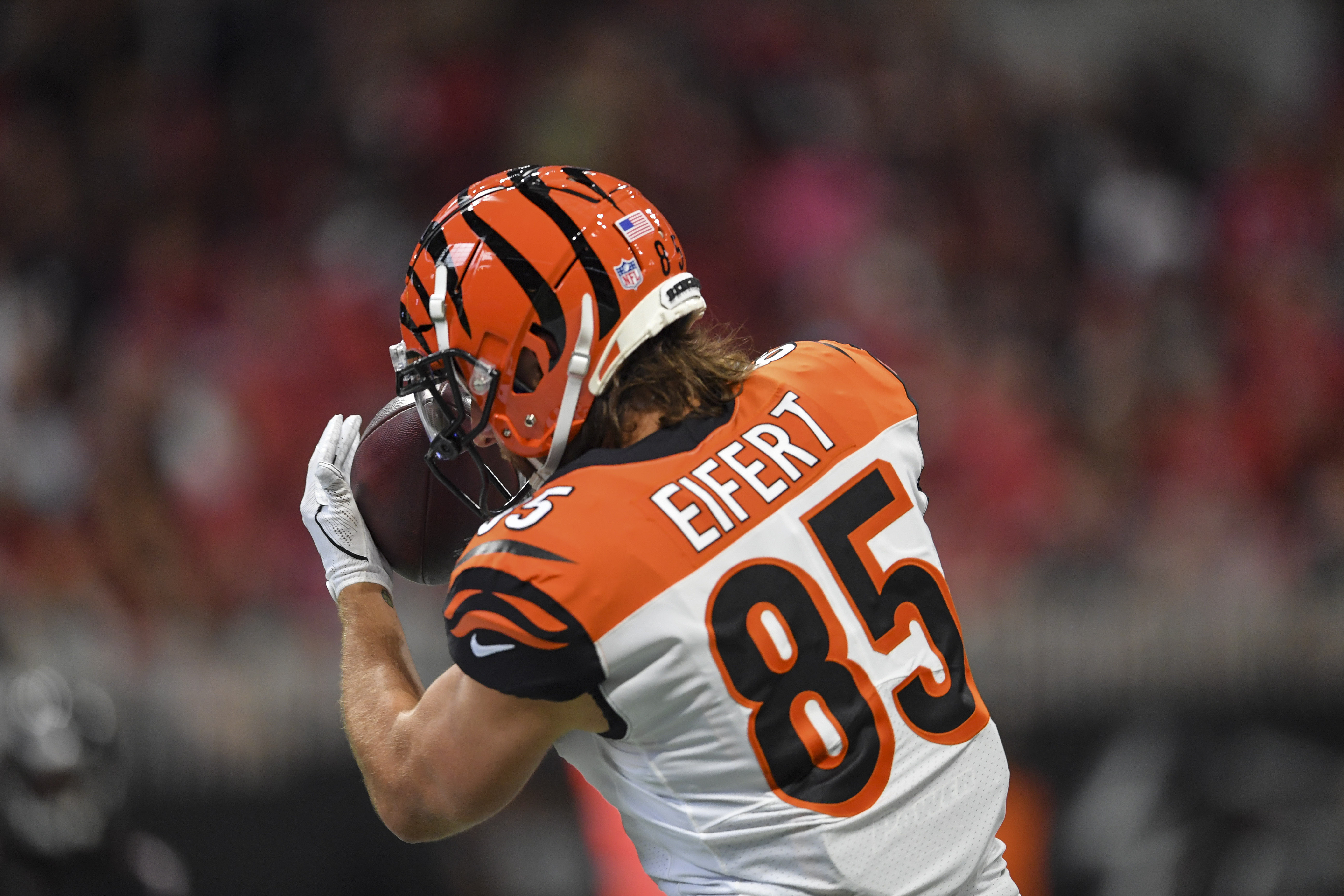 Tyler Eifert, the 28-year-old former first-round pick has had quite a rough road in the NFL. After two promising seasons within his first three years, it seemed like the Bengals struck gold in a deep tight end class back in 2013. Unfortunately, Eifert hasn’t hasn’t lived up to that early hype. And it’s not because he never came around to the NFL. It’s because his body wouldn’t allow him to successfully get the job done for the Cincinnati Bengals.

Not once in his six-year career has Eifert finished an entire 16 game season. He was close in 2013 during his rookie year, with 15 games. But that’s the closest that Eifert has been to finishing a whole year. Since 2016, Eifert has only managed to play in 14 total games. Recently, he appeared in four games during the 2018 season before breaking his ankle.

The Bengals were well-aware of Eifert’s health concerns more than halfway through his initial rookie contract. With that, they decided to sign him to a one-year deal worth $5.5 million last year. Seeing as though Eifert went down with yet, another season-ending injury, we can probably assume that Cincinnati is finished with him and ready to move on.

Is there much of a market for Eifert?

With such an extensive injury history, Eifert will surely have teams hesitant to talk shop with him. Not only is there a question mark surrounding his ability to stay healthy – But teams could also be questioning Eifert’s skillset, which could’ve suffered a hit after all of these years spent with injuries.

Is Eifert considered to be injury prone? How couldn’t he be? Well, according to the man himself, he doesn’t see it the same way as the general public does since he considers his injuries to be ‘freak’ injuries.

According to Pro Football Talk, Eifert sees his situation differently because the ‘freak’ injuries have nothing to do with his strength and conditioning. But after considering the fact that Eifert has played in only 14 games over the last three years, there was no way to avoid being labeled injury prone.

Will a team take a chance on Eifert if he’s willing to sign a low-risk, one-year prove it deal? Sure, why not? However, if Eifert goes into the Free Agency market expecting a multi-year deal, he’s only kidding himself. 2019 will surely be a make-or-break year for the former first-round pick.