A look back at Tom Brady's NFL Combine notes 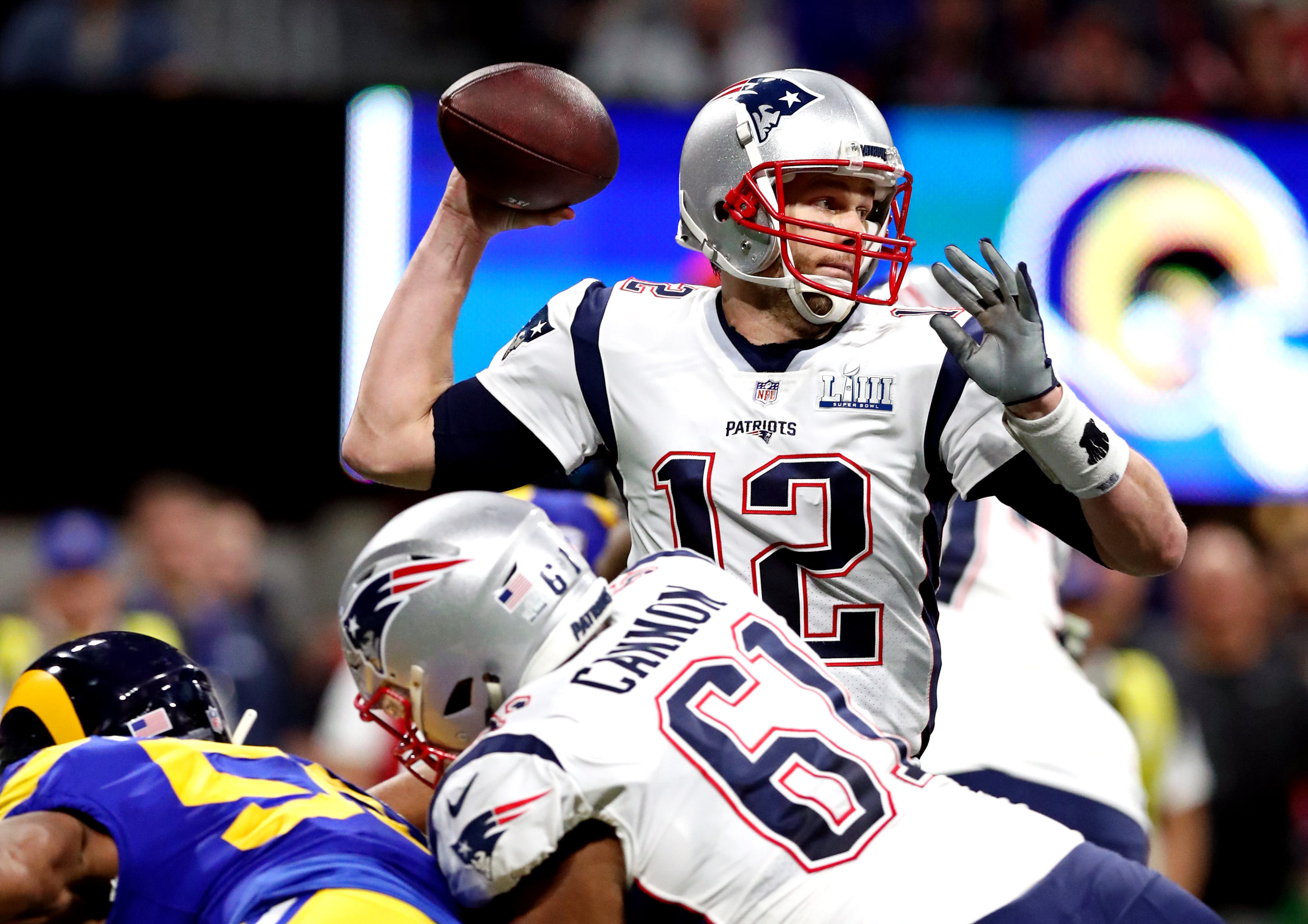 A look back at Tom Brady's NFL Combine notes

Remember when New England Patriots quarterback Tom Brady was just a struggling quarterback out of Michigan?

It’s amazing what can happen over time in the NFL. As the NFL Combine approaches, it’s always interesting to look back and come to the realization that absolutely none of those drills and grades can measure up to the true potential within the game of football.

I mean sure, it’s always interesting to see how athletic a prospect really is when it comes to running, jumping, lifting, etc. But many mistakes have been made by scouts and organizations that had a lot weighing on how well or bad players performed at the combine.

One player, in particular, didn’t have the most magnificent combine when he was entering the NFL. He was an ‘unathletic’ quarterback, who had to often share reps with another guy at Michigan. He wasn’t viewed as a first-round pick, and his combine performance didn’t do him any favors. Fortunately, none of that mattered. Because New England Patriots quarterback Tom Brady is still in the NFL to this day and is as relevant as ever.

A trip down memory lane…

Back in 2000, Brady was a sixth-round selection for the Patriots. As we all know, he just wrapped up winning his sixth Super Bowl in season number 19. At this point, it’s hard to debate whether Brady is the greatest quarterback of all time, or not. However, that’s not what we’re here to discuss. With the NFL Combine coming up, I’d like to take a moment to review the notes that were gathered throughout Brady’s showcase back in 1999.

Who will prove the critics wrong this year? 👀🤔 pic.twitter.com/aEgGzEUQxF

Thanks to the guys over at The Checkdown, we’ve got some great evaluations that would do very well over the Old Takes Exposed Twitter page. Some would say these are still true but ignore those in denial. “Gets knocked down easily” doesn’t matter when Brady gets the ball out so quickly.

“Can’t drive the ball down the field” doesn’t age too well with his history of driving the ball down the field when the Patriots are in clutch time. “Does not throw a really tight spiral” well, the ball doesn’t lie for Brady. He seems to do alright with his spirals. “Poor build, skinny, and lacks great physical stature and strength,” okay we can’t argue that Brady’s more of a ‘dad bod’ than a poster boy for all gyms not named Planet Fitness, but so what?

“System-type player” will forever be the argument when it comes to Brady. Who’s the GOAT? Tom Brady, or really Bill Belichick? How about both? After all, Brady is the one who has to go out there and execute. You don’t get six Super Bowl just by strategy.

Would Brady be as successful with somebody else calling the shots? Probably not. But why should having a good head coach take away a players credibility? Many say Aaron Rodgers is a better quarterback than Brady is, but Rodgers’ coaching situation hasn’t been all that good. Hence the reason why he has one ring.  At the end of the day though, what’s better? One ring? Or six in a system? I’d say six sounds cooler.

So, for all of the ‘system-type’ players out there, the moral of the story is the combine doesn’t define your NFL career. Work hard, and prove the critics wrong. The combine can help, but it doesn’t define success or failure in the NFL.