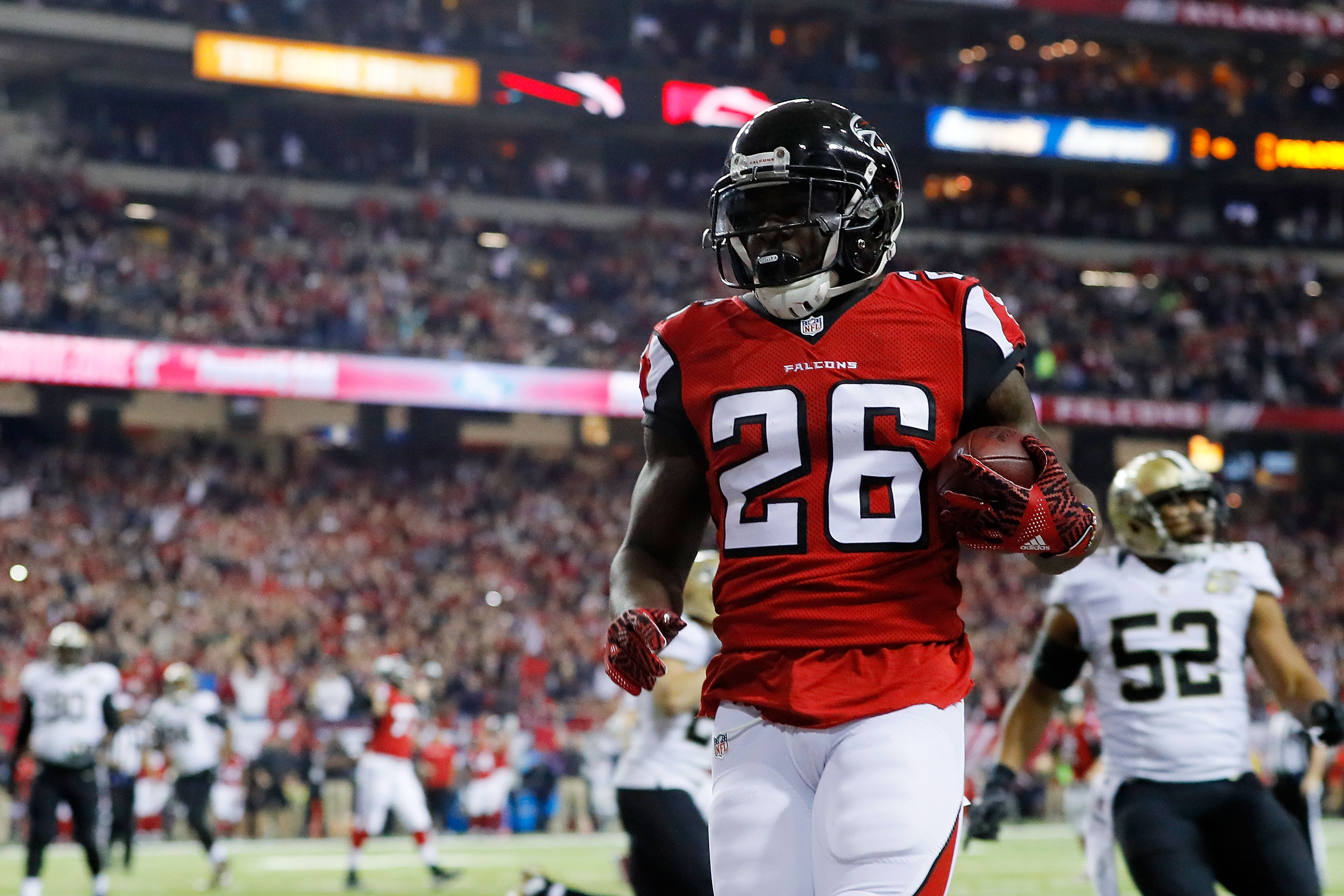 The San Francisco 49ers got a real bargain with Tevin Coleman.

The running back’s market wasn’t as crazy as a lot of us initially thought it was going to be this season. With Le’Veon Bell available, there was expected to be a high demand for the former Pittsburgh Steelers weapon. Although a few teams had interest, he was destined to sign with the New York Jets all along as they made the best offer right out of the gate.

As it turns out, Bell’s deal didn’t end up shaking up the market. He got what he wanted in guaranteed money, and that was it. The drop off from Bell to the next best back was quite significant. After the Jets got their guy, the next best two back’s that were available was Mark Ingram and Tevin Coleman. Ingram ended up inking a fair deal with the Baltimore Ravens, while Tevin Coleman signed an incredibly cheap contract with the San Francisco 49ers.

Coleman wasn’t precisely a bell-cow back with the Atlanta Falcons, but considering the interest from several teams around the league, it’s kind of hard to believe that he only inked a two-year deal, which was worth a maximum of $10 million. Maybe the idea of reuniting with Kyle Shannahan had something to do with it. Regardless though, the 49ers win. According to Sports Illustrated, they ranked number one with the best signing of the offseason.

Coleman and Shannahan reunite for cheap

The contract terms are unbelievably team-friendly, and Coleman is an instant difference-maker. Long-striding speed makes him football’s most explosive pure outside runner, and his flexibility in the passing game is perfect for Kyle Shanahan’s scheme, especially alongside Jerick McKinnon and versatile fullback Kyle Juszczyk. Shanahan loves to put multiple backs on the field because, with more run possibilities to account for, the defense is rendered into a predictable coverage. Shanahan then exploits those coverages with QB-friendly route combinations.

Will the signing of Coleman affect the 49ers relationship with Jerick McKinnon? It shouldn’t, says Shannahan. However, there’s a long offseason ahead. Considering that Coleman and McKinnon are quite similar, there’s a chance that McKinnon could be for sale and would attract a few buyers. If not, then the 49ers seem comfortable with using both backs, plus Matt Brieda.